Eberechi Eze believes he can save Crystal Palace a fortune in the transfer market by filling the void left by Conor Gallagher.

The England midfielder has returned to Chelsea after a successful loan with the Eagles last season, Eze slotting into his role in Saturday’s 4-2 friendly win over Montpellier.

It is a role the 24-year-old feels he is well suited for. 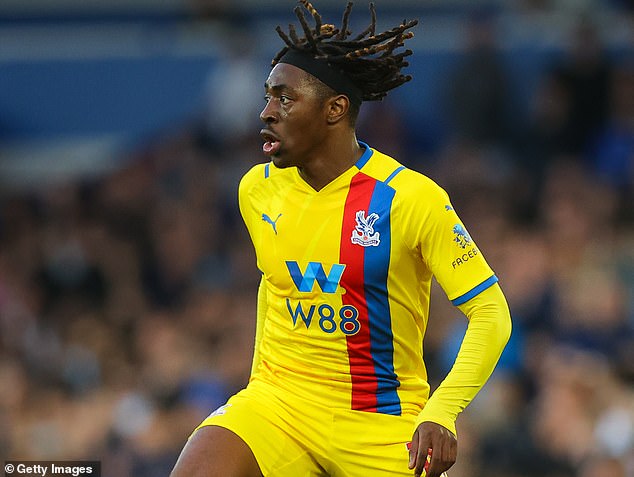 ‘Yeah potentially,’ he said. ‘Wherever I am on the pitch, I just want to play so I think it could be that role and if it is I’m happy to do it.

‘For me it’s to get balls into the pockets, to get forward facing and create. That’s my job in the team, to create and score goals.’

Palace boss Patrick Vieira was happy with his team’s performance against the French side.

A brace from Odsonne Edouard, a strike from Wilfried Zaha and a Marc Guehi header was enough to end pre-season on a high. 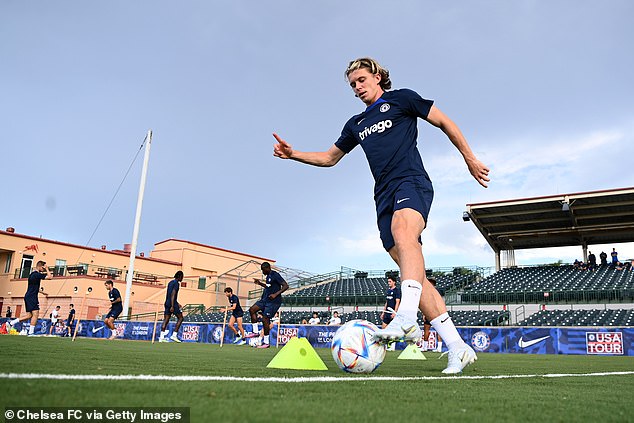 ‘The game was important and gave us a lot of information about details we need to work on,’ Vieira said ahead of their season opener against Arsenal on Friday.

The Frenchman expressed his delight with new signings Sam Johnstone, Malcolm Ebiowei, Cheick Doucoure and Chris Richards, but hinted he was open to bringing in more before the window shuts.

‘We’ve been consistent about what we want to do and how we want to do it,’ he said. ‘We identified parts of the game we felt we needed to improve.

‘As a manager you are never happy, you always want more. We did really well and the market is still open so we will see.’