Manchester United will back manager Ole Gunnar Solskjaer with a long-term plan centred around summer transfer windows, according to the club’s executive vice-chairman Ed Woodward.

Woodward has come out in support of Solskjaer several times, most recently in November when the club released their first-quarter financial results and reported a 20 per cent fall in their revenue due to losses from ticket sales.

Solskjaer’s position came under further scrutiny after defeats to Arsenal and Istanbul Basaksehir last month, but a run of four consecutive wins lifted the club up to ninth in the Premier League and within a point of the Champions League round of 16.

And in a recent Manchester United fans’ forum meeting, held virtually, Woodward reiterated his support for the manager and stated the club is happy with the progress made since the Norwegian first took charge of the team on an interim basis two years ago.

Woodward said: “What happens on the field is clearly our top priority, and while it’s not the same without fans in the stadium, we’ve seen lots of highs since our last meeting in April, with that 14-game unbeaten run to finish third in last season’s Premier League run and great wins against PSG and RB Leipzig on our return to the Champions League this season.

“Of course, we recognise there’s more hard work ahead to achieve the consistency needed to win trophies. But we see positive signs on the pitch and the training ground that reinforce our belief in the progress being made by Ole, his coaching team and the players. “I told this forum back in April that we remained committed to strengthening the squad, while being disciplined in our spending during the pandemic. I believe we’ve delivered on that, with the additions we made during the summer taking our total net spending to over €200m since summer 2019 – more than any other major European club over that period.

“We will continue to support Ole with a planned, long-term approach to recruitment, focused on the summer windows.”

Woodward also confirmed the club is in talks with UEFA, the European Club Association (ECA) and other European leagues about the future of UEFA’s club competitions.

In particular, the Champions League has come under increased threat from the possibility of a break-away Super League and reports this week claim UEFA could oversee a radical overhaul of its competitions’ format post 2024. 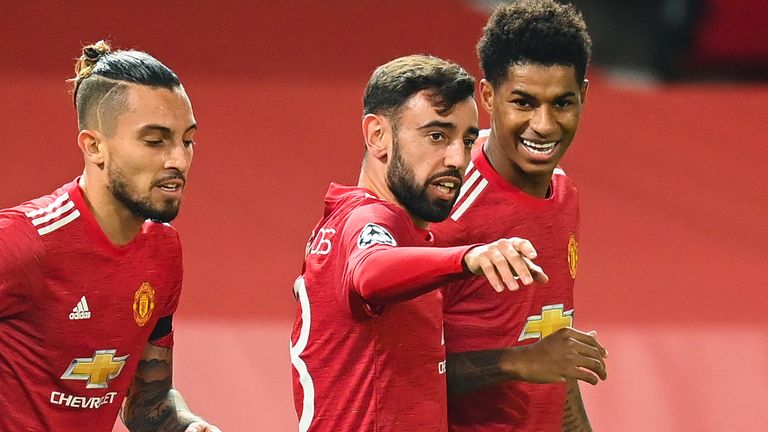 “Most of my time in this regard is focused, through the ECA and the UCCSA [a joint-venture between the ECA and UEFA], on the strengthening of existing UEFA club competitions,” Woodward said. “The dialogue focuses on them continuing to be predominantly mid-week games having little or no impact on the Premier League.

“We believe that any changes to European competition post-2024 must be complementary to thriving domestic leagues. Other domestic leagues feel the same way, reflected in conversation with our counterparts in other clubs and countries.

“What I can assure you of is that we will keep match-going fans firmly in the centre of thoughts, whether with the Premier League, ECA or UEFA, and across our decision-making processes overall, because the past eight months has reminded us all of just how crucial you are to the fabric of the game. This game without fans is nothing.”