Newcastle boss Eddie Howe has been told the club may have made a mistake in the transfer window despite spending £120million on Alexander Isak, Sven Botman, Nick Pope and Matt Targett. The Magpies sit 11th in the Premier League table after four draws from their opening six games, and were unable to find a way past Vicente Guaita in the Crystal Palace net on Saturday.

Isak made his first start at St James’ Park but Allan Saint-Maximin missed out once again through injury, and former Aston Villa manager Alex McLeish believes that Newcastle may have made a mistake in not recruiting another winger this summer to help record signing Isak.

“I think maybe a winger, they don’t have too much depth there,” McLeish told Football Insider. “Well, they have depth but there isn’t a lot of quality once someone like Saint-Maximin gets injured.

“I’m sure they tried, we know they have the resources. Maybe Isak can play out wide but he’s going to play through the middle while [Callum] Wilson is out. It’s a funny one, I just think they will rue not getting a winger in as the season goes on because we know what is going to happen with injuries.”

MUST READ: Moyes livid with ‘rotten’ call and disagrees with Tuchel after win 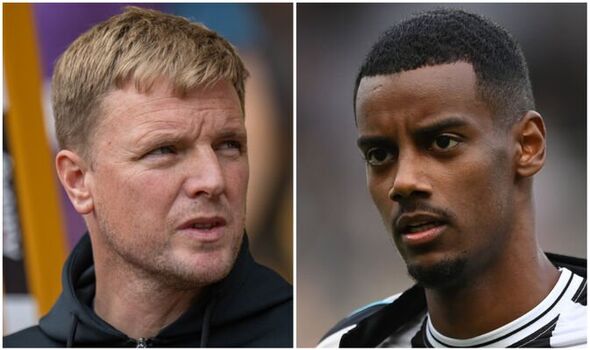 Newcastle did attempt to add reinforcements out wide this summer, as Moussa Diaby, James Maddison and Joao Pedro were some of the several names mentioned. Howe admitted that it was tough to do business during this window despite the influx of cash from the club’s new owners.

“Domestic clubs didn’t want to be seen to be helping us,” Howe claimed after the transfer window closed. “We’ll have to take that, that is part of where we are at the moment. I think we have certainly found there is no one there, ready to do us a favour. 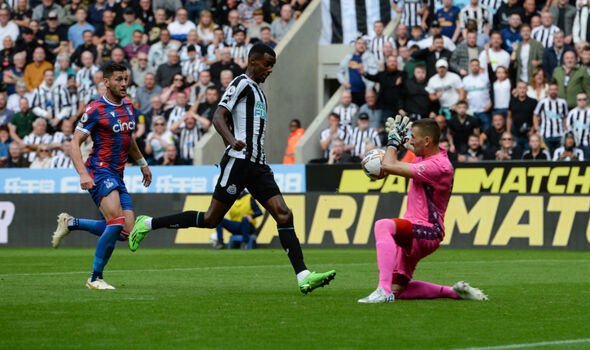 “It’s the narrative regarding us that has changed. I think if there is anything domestically teams will put their price up if it is Newcastle. That is the same around the world, that is something we are having to deal with. That is why we have walked away from a few deals because I think it is important we are not seen as that club that will pay what is asked. I think it has to be fair.”

Leeds’ Jack Harrison was also the subject of numerous bids from Newcastle according to Sky Sports, while Chelsea’s duo of Callum Hudson-Odoi and Christian Pulisic were mentioned as possible options and could have bolstered Howe’s options out wide.

Miguel Almiron, Ryan Fraser, Jacob Murphy and Elliot Anderson have all received minutes out wide this season, and although Isak can play out wide on Callum Wilson’s return from injury, Howe’s £58m man will hope to play through the middle this season and feed off the service from his wingers.

Barcelona have agreed a two-year contract with Cesar Azpilicueta