Eden Hazard has told Zinedine Zidane that he wants to start more often after coming off the bench against his former club Chelsea in the Champions League semi-finals. The Real Madrid star has been struggling with injuries since his move to the Spanish capital in 2019 but he is now raring to kickstart his career at the Bernabeu.

Hazard replaced Vinicius Junior on the 66th minute against Chelsea with the scores tied at 1-1.

Christian Pulisic had put the Premier League side ahead but Karim Benzema fired in an equaliser in the 29th minutes.

Hazard was introduced to try and give the host the advantage heading into the second leg but opportunities were limited.

But the Belgian insists he is now fully ready to give it his all from the first whistle.

“I am just going step by step, of course I want to play, I want to be on the pitch,” Hazard said. 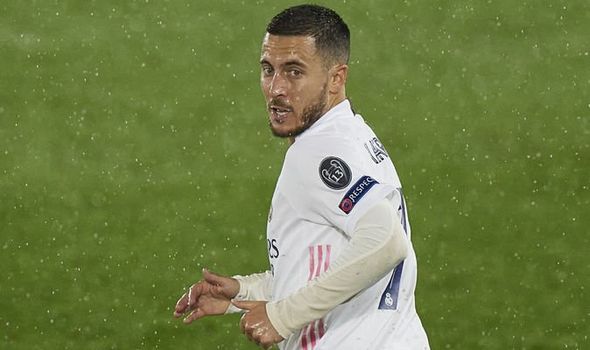 “I played a bit more today than before, we have games before the end of the season and I want to be ready.

“I am just happy to be playing again. It’s always good to play against friends. Now I am a Real Madrid player so I just want to win.”

Real set up with a back three in the absence of Ferland Mendy, a different formation than the one that knocked Liverpool out of the previous round.

“The manager decides what formation we play, we know how to play with three at the back but we can also play with four,” Hazard explained.

And of the full-time result, he added: “It could be better and it could be worse! We will go there looking for the win.”

Meanwhile, Chelsea boss Thomas Tuchel said: “We started the game very very well, with a lot of courage and quality.

“We deserved to win the first half, we had chances. Unfortunately they scored from a set-piece and they had nothing else, we didn’t allow any chances.

“It was a disappointing score at half time. We had to stay calm and not lose confidence. The second half was very tactical, you could feel that we are a bit tired. 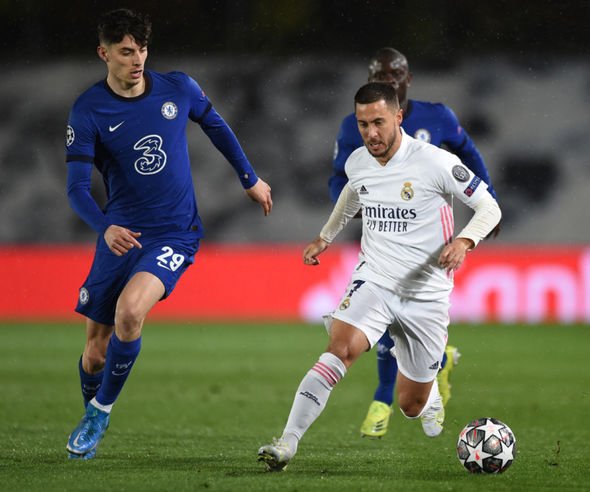 “We only had a few days to recover from another tough away game. We have to live with 1-1.

“The goal was well deserved and we should have scored at least one more. We conceded more or less out of nothing and that can always happen against individual quality.”