Edinson Cavani has finally announced himself. While he’d scored against Everton, the Manchester United star produced his best Premier League display to date with a brace against Southampton on Sunday afternoon. However, his social media post afterwards suggests a language barrier remains his biggest problem at Old Trafford.

United were staring down the barrel of yet another defeat on Sunday, when goals from Jan Bednarek and James Ward-Prowse gave Southampton a 2-0 lead.

However, after coming on at half-time, the match then became all about Cavani.

Firstly, the Uruguay international registered an assist by crossing expertly for Bruno Fernandes to rifle home from close range.

Then, he headed United level. Cavani displayed expert reactions to throw himself on the end of a deflected effort from Fernandes, roaring in celebration in the aftermath.

And then, with the clock ticking down, the 33-year-old struck again.

Cavani’s winning header was sublime, with the former PSG star stooping low to head home a pinpoint cross from Marcus Rashford – earning his side all three points in the process. 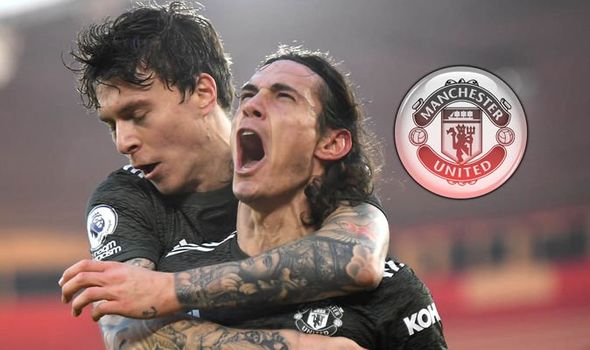 However, due to a social media post after the match, the veteran is now facing a ban.

Cavani thanked fans for their messages of support and used the word ‘negrito’. It was the same one used by Luis Suarez to Patrice Evra during a match between United and Liverpool in 2012.

He has been made aware that his comments can be interpreted in the wrong way. Cavani didn’t mean any offence and the term can mean ‘sweetheart’ in Latin America.

But using it in the Premier League is undoubtedly wrong. And it seems the language barrier remains an obstacle that he’ll need to overcome if he’s to stay at Old Trafford beyond the end of the campaign.

“Yeah, I try,” he said. “Of course, he is getting used to the English language so I am trying to translate for him. 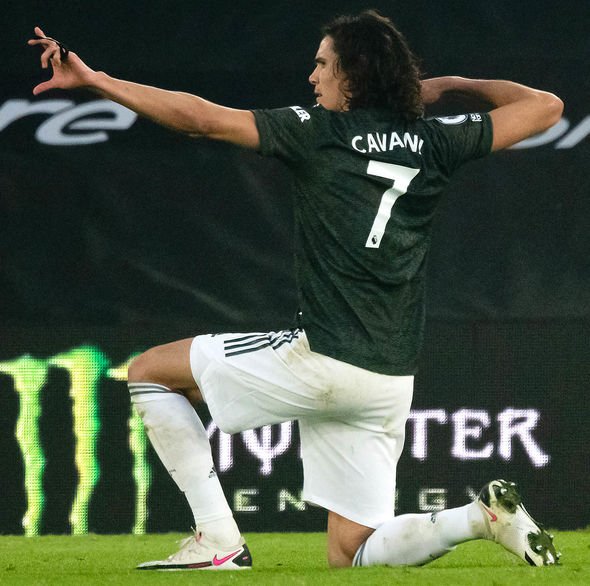 “There are a few of us that can do it and I am happy to do so.

“Hopefully he’ll keep scoring, like he did against Everton. Everyone knows his qualities so I’m not going to only discover now where Edinson Cavani is in the football world.”

Ole Gunnar Solskjaer, too, revealed a language barrier was a problem when it came to him talking with the likes of Brandon Williams and Mason Greenwood.

“Edinson has experienced everything in football,” Solskjaer said.

“The challenge with him is the likes of Brandon [Williams] and Mason is the language barrier as he doesn’t really speak a lot of English yet.

“He is learning but they can see by his commitment, desire, every day in training.

“In the squad you need a mix, a balance between experience and youth. For our young players they have some great role models in Juan [Mata], Nemanja [Matic], David [de Gea] and Edinson – the over 30s.

“We don’t have many of them. But they are very important. I like youth, I like enthusiasm, passion, but you need that experience as well. That’s why we brought Edinson in.”

And United will hope he learns a valuable lesson from the whole thing, especially now he’s properly announced himself in English football.