Barcelona will need to beat Eintracht Frankfurt at the Camp Nou next week if they are to reach the Europa League semi-finals after the German side held them 1-1 at home.

Oliver Glasner’s team are ninth in the Bundesliga but with 52,000 home supporters behind them they went ahead against the competition favourites and were unfortunate not to hold on.

Xavi’s Barcelona were poor by recent standards but Ferran Torres scored his seventh goal for them since joining in January to level. Even Eintracht Frankfurt going down to 10 men could not rouse Barcelona who looked nothing like the team that had beaten Napoli and Galatasaray away so far in this competition. 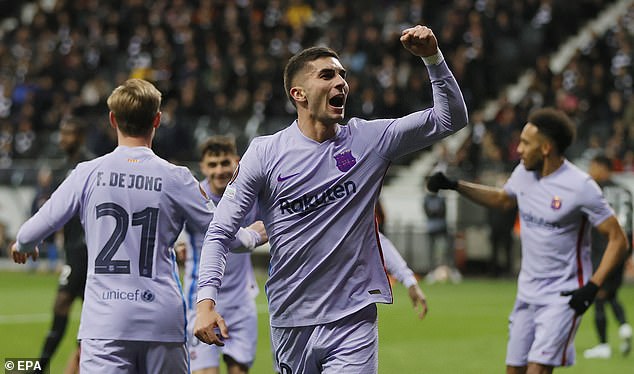 Eintracht Frankfurt had drawn their previous four games in all competitions and Barcelona had drawn first legs against Napoli and Galatasaray in previous rounds – this time at least they will have home advantage in the second leg.

They suffered a setback midway through the first half when Gerard Pique hobbled off holding his left groin. Clement Lenglet came on to partner Eric Garcia.

Their best chance came when Busquets clipped the ball over the top to Jordi Alba who nodded it down for Pedri. The midfielder was stretching and couldn’t make contact and the flag was up anyway. 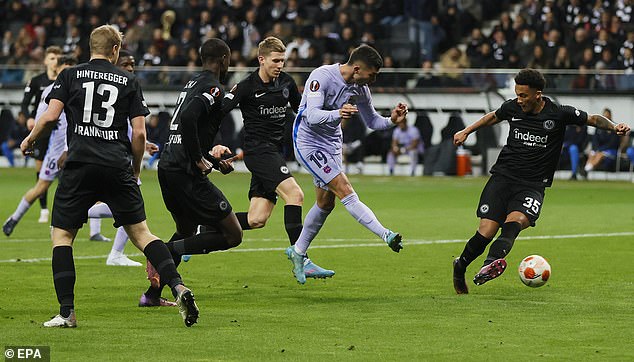 For Eintracht Frankfurt Filip Kostic was looking dangerous and he was brought down by Ronald Araujo operating as right-back. He took the free-kick but it came to nothing.

But when his next cross was only parried by Marc Andre ter Stegen, Sergio Busquets was adjudged to have brought down Rafael Santos.

When the Serbian referee Srđan Jovanovic went across to the monitor to review the incident he saw that Busquets had poked the ball away before making contact with the Santos and he overruled his decision. 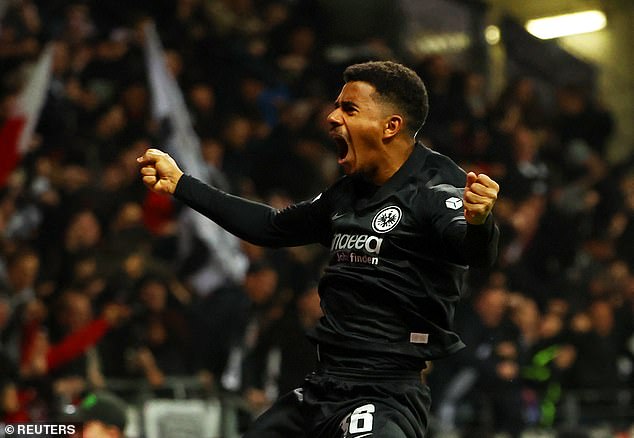 Both sides were frustrated at failing to get themselves in front in a scrappy first half and an annoyed Kostic was booked for kicking he ball at Araujo.

Eintracht’s frustration ended three minutes after the restart and in some style. Ansgar Knauff brought Eric Garcia’s clearance down with his left foot on the edge of the area and fired through the crowded area past Ter Stegen with his right.

Barça tried to level with Adama Traore crossing from the right but it was Pedri and Gavi getting their heads to the ball in the area and neither made good enough contact. 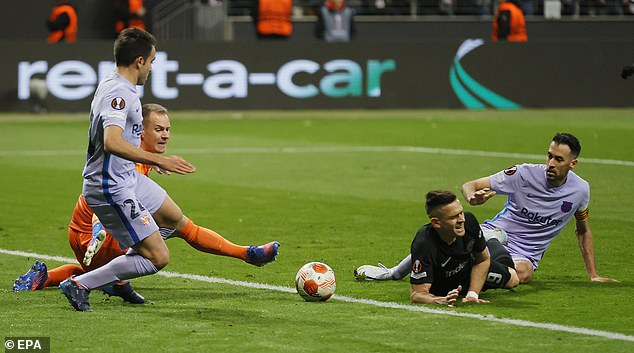 Adama was replaced by Ousmane Dembele, with Frenkie de Jong coming on for Gavi. Ferran Torres was next to go close though to call it ‘close’ would be kind. He skipped cleverly into space in the area but then skied his shot. Far better was to come on 66 minutes and both substitutes were involved as Torres levelled.

Dembele played the ball in from the right and De Jong and Torres twice swapped passes before Torres could finish past Kevin Trapp.

Eintracht Frankfurt were still being roared on but with 13 minutes left they were reduced to 10 men when Tuta got a second yellow for a crude challenge on Pedri. The home side were not deterred and Obite Ndicka dragged the ball into space and shot just wide on the turn.

Barcelona forced a late corner and Dembele put it on Lenglet’s head but he glanced it wide. They deserved no more and will need to be better in seven days to finish the job. 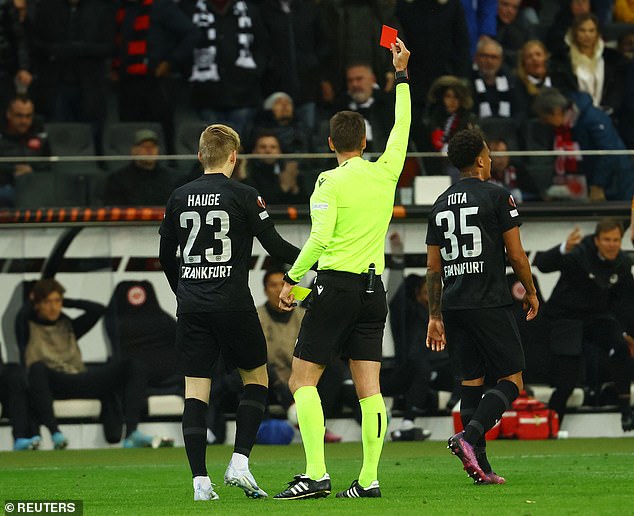