Borussia Dortmund struck twice in the final three minutes with Jude Bellingham and Mo Dahoud to complete a comeback from two goals down and snatch a 3-2 win at Eintracht Frankfurt on Saturday as the Bundesliga restarted following the winter break.

Bellingham headed in an 87th minute equaliser before Dahoud curled in the winner in the 89th minute to send Dortmund to 37 points and cut the gap to leaders Bayern Munich to six. Bayern lost 2-1 to Borussia Moenchengladbach on Friday.

Rafael Borre had put the hosts in front against the run of play with their first effort on goal, after Filip Kostic whipped a free kick into the box and the Colombian beat keeper Gregor Kobel. 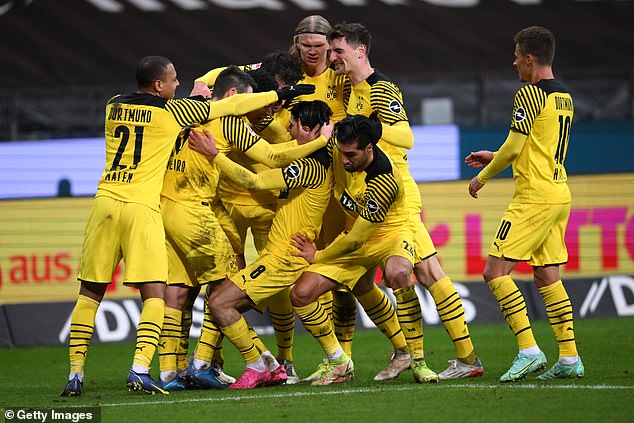 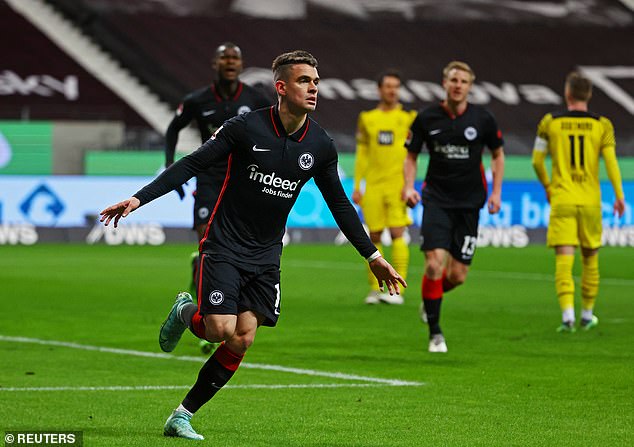 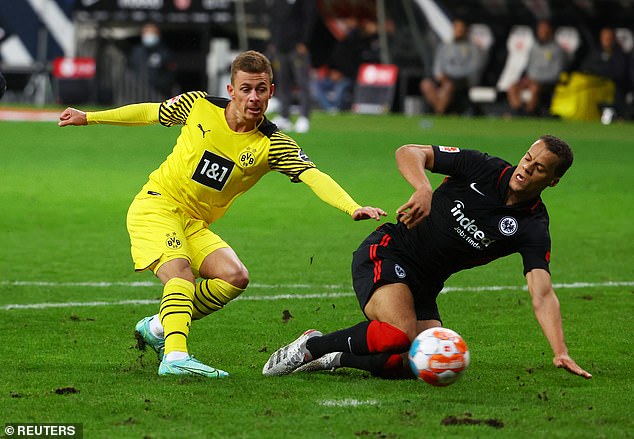 Dortmund’s comeback began in the 71st minute with Thorgan Hazard, who had just come on

Before the visitors managed to recover from the setback Borre struck again, this time pouncing on some sloppy defending from Marco Reus in the box following a mistake from Dortmund’s Thomas Meunier who lost possession in his own half.

Dortmund’s best chance came on the stroke of halftime when Donyell Malen hit the post from two metres out but they did score in the 71st with Erling Haaland sending Thorgan Hazard through to pull a goal back.

Norwegian striker Haaland forced a good save from Eintracht keeper Kevin Trapp a little later before Bellingham headed in the equaliser.

Dahoud then snatched the winner to complete their comeback. 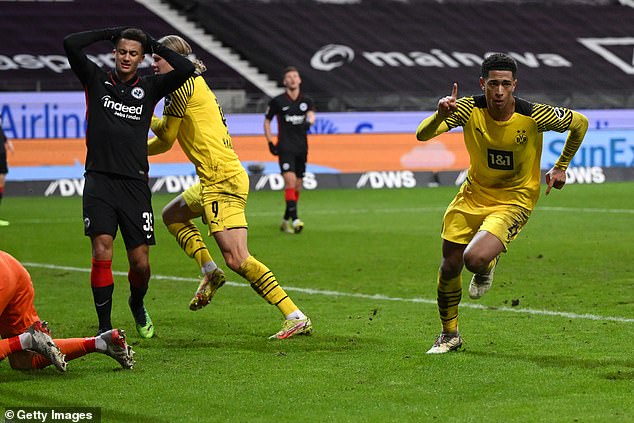 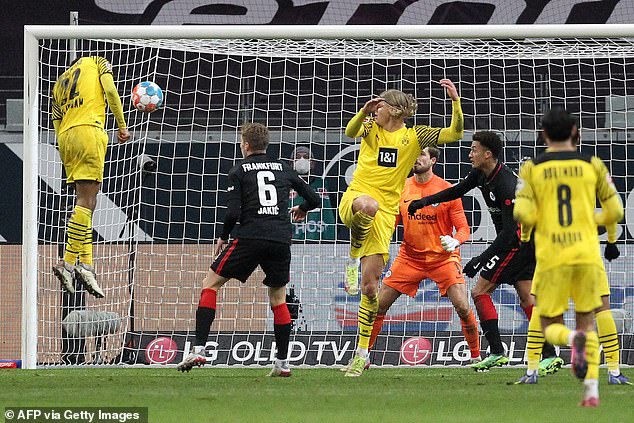 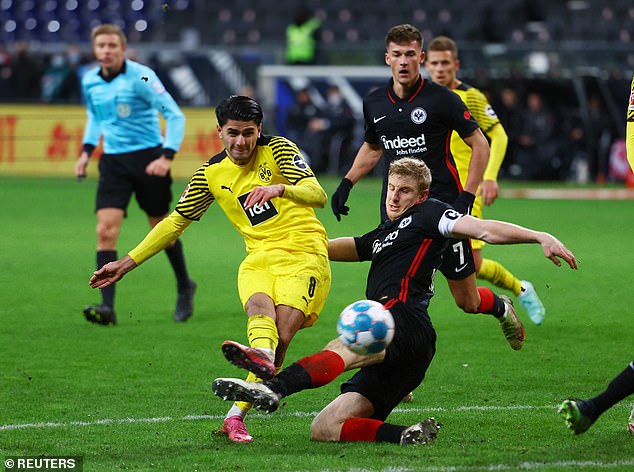