Enjoying yourself, Emi? Martinez continues to soak up his World Cup triumph in Argentina as fellow winners Lisandro Martinez and Cristian Romero return to England… leaving Aston Villa to rely on Robin Olsen while he ‘trains in the sunset’

World Cup winner Emiliano Martinez showed no sign of returning to Aston Villa ahead of their Premier League clash against Tottenham on Sunday, as he shared pictures of himself enjoying the sunset in Argentina on Instagram.

Since winning the tournament, the 30-year-old goalkeeper has become a figure of controversy for his post-World Cup celebrations, especially in relation to his persistent mocking of French superstar Kylian Mbappe. 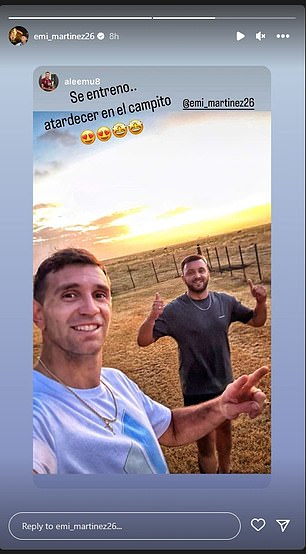 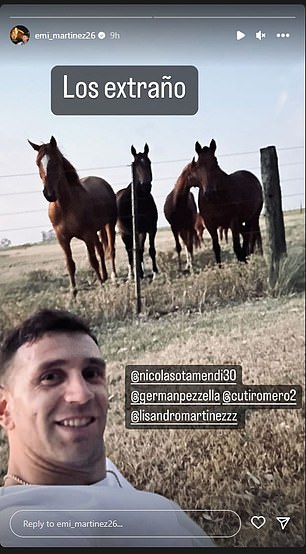 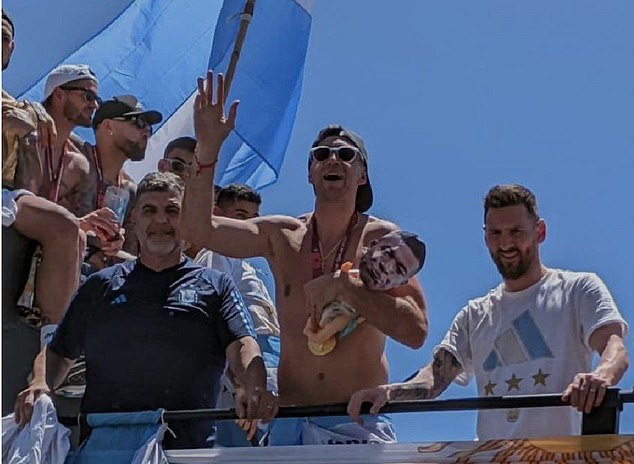 During his team’s dressing room party, Martinez jeeringly requested a ‘moment of silence for Mbappe who is dead’ and later paraded around Argentina with a doll of the 24-year-old on their bus tour.

And it seems the Aston Villa stopper is continuing to bask in his World Cup glory almost a week and a half after the final, sharing pictures of him casually enjoying the sunset in Argentina.

Martinez shared Ale Munoz’s Instagram story on Wednesday, which showed the pair smiling in the countryside with the caption: ‘He trained… sunset in the field’. 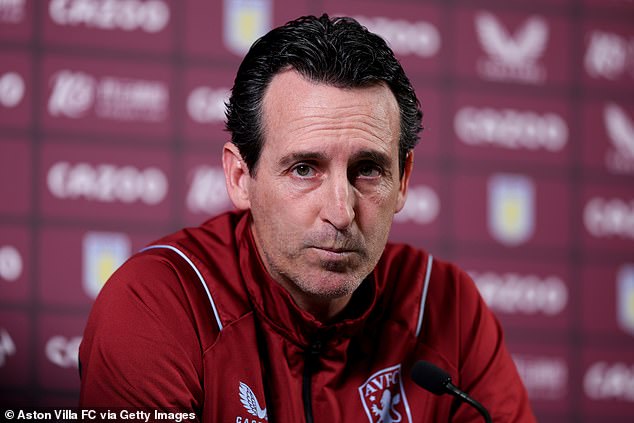 The star then posed in front of four horses and tagged his international team-mates Cristian Romero, Lisandro Martinez, German Pezzella and Nicolas Otamendi, admitting he ‘missed’ the World Cup-winning defenders.

Sportsmail reported that Manchester United have welcomed (Lisandro) Martinez back to Old Trafford ahead of their clash against Wolves on Saturday.

Spurs boss Antonio Conte also revealed in a press conference on Monday that Romero was returning to Tottenham training. 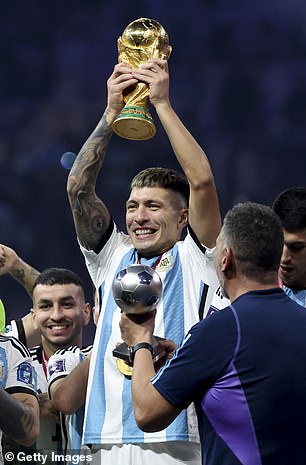 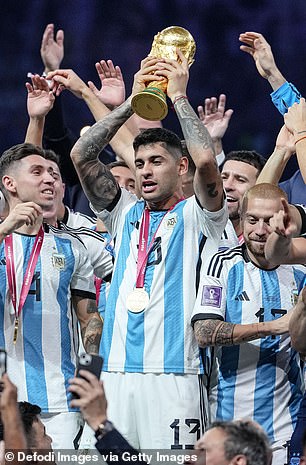 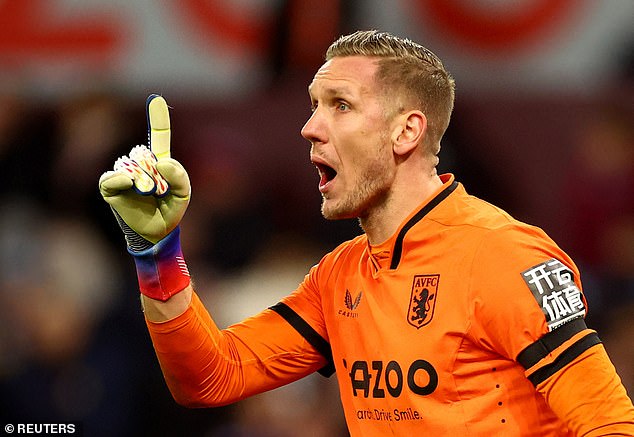 Meanwhile, Aston Villa manager Unai Emery – who admitted he would talk to (Emi) Martinez about his disrespectful celebrations upon his return – is set to continue with deputy keeper Robin Olsen, who starred in the 3-1 defeat by Liverpool.

His behaviour has also sparked a row between international team-mate Angel di Maria and French defender Adil Rami, who labelled the stopper the ‘biggest s*** in football’.