Emile Smith Rowe will make his comeback from injury in Arsenal’s FA Cup third-round tie at Oxford on Sunday night — with a little help from Gabriel Jesus.

The versatile England forward, 22, has not played since groin surgery in September but boss Mikel Arteta considers the ‘Croydon De Bruyne’ — as Arsenal fans have nicknamed him — to be a ‘very important player’ as he tries to maintain a Premier League title challenge in the second half of the season.

He believes Smith Rowe can fill any number of attacking roles, including playing as a No 9 to cover for injured Brazilian Jesus. 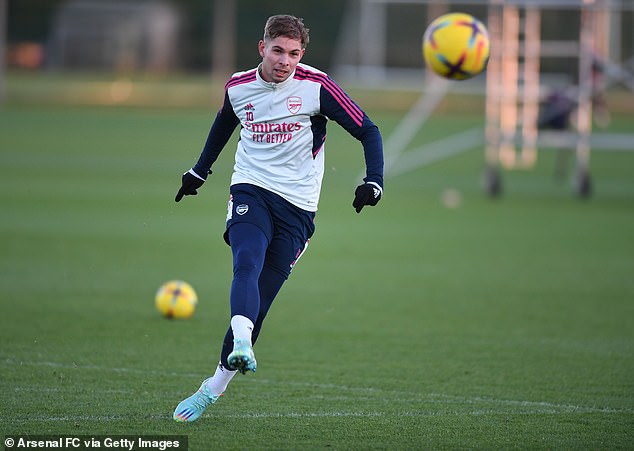 But Arteta warned: ‘He knows he has to jump on the train fast enough to have the impact on this season that we all hope he can have. He knows he has the space in the squad to return and fulfil his potential. He knows that I really like him and he is a very important player for us.’

Smith Rowe could replace Gabriel Martinelli, Martin Odegaard or Eddie Nketiah at the Kassam Stadium. He will then hope to be involved in this weekend’s north London derby away against Tottenham.

‘Emile can play in various positions as an attacking midfielder, as a winger and even a No 9,’ Arteta said. ‘He has those qualities to play on the outside. He complements the team really well and we will exploit that.’

Giving an insight into Smith Rowe’s comeback, Arteta revealed: ‘Players go through different phases when they have been out for some time and have had surgery. But we have stayed close to him throughout and talked about his mood, his energy and how much he has to do with the team, and he has been really good.

‘We have been pretty cautious in recent months with him in terms of the progression of his training, but in the end you have to throw him out there and he needs to be able to absorb the minutes. We have probably extended his preparation.’ 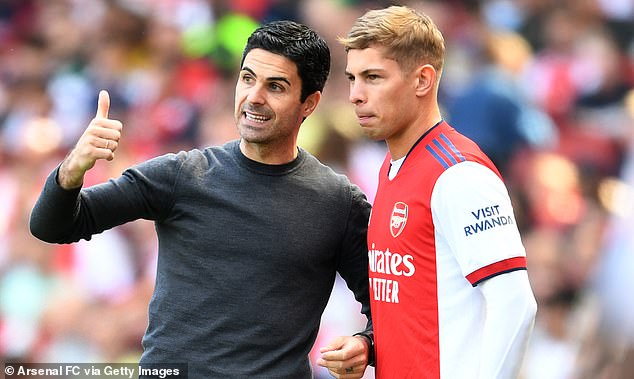 One man helping to inspire Smith Rowe has been the effervescent Jesus, himself aiming to return to full fitness at the end of next month following a post-World Cup operation.

‘He is always around the place with a smile on his face,’ Arteta said of his star summer signing from Manchester City.

‘He is still demanding, giving advice and protecting the others. He has been living with the team and that is rare and difficult for someone who has not been at a club for long.

‘It really has an impact. And we really need that because they listen to him, they follow him and he is a likeable figure in the dressing room.’

Smith Rowe will be one of many changes to Arteta’s regular line-up against their League One opponents, with Matt Turner replacing Aaron Ramsdale in goal and Rob Holding standing in for William Saliba in central defence.

Arteta, an FA Cup-winning captain and manager at Arsenal, has vast experience of facing lower-league opponents as a player and has prepared his men for a testing tie. 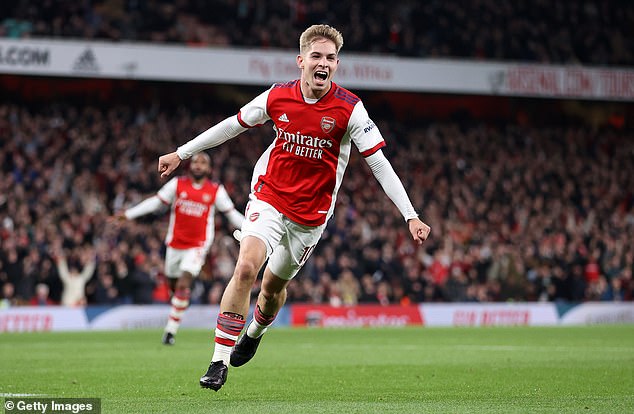 ‘I will make sure they know what to expect in terms of what they will face and what it will mean to us to do well in the FA Cup,’ he said.

‘I have had some tough experiences to learn from and a really recent one from last year (when Arsenal lost to Nottingham Forest). The players have to adapt quickly. It is in or out in one game and they have to get used to it.’

Meanwhile, Oxford boss Karl Robinson is hoping to harness the support of ‘millions’ of fans who will be cheering on his outsiders tonight.

‘We’re massive underdogs, a League One side playing the best team in the country,’ said Robinson. ‘But this is the FA Cup and we know that anything can happen.

‘With respect to the millions of Arsenal fans, we won’t just have the support of Oxford United’s fanbase on Monday, we will have millions more people willing us on as underdogs. All we can promise is total commitment and passion. We can’t wait.

‘The question I have been asked the most this week, inevitably, is whether we have a chance. If both sides play to their potential, the answer is probably no; Arsenal have a team full of international stars who should be too strong.

‘But why were there 19 media outlets at the training ground this week? Because the public love an upset and in the FA Cup anyone can beat anyone.’ 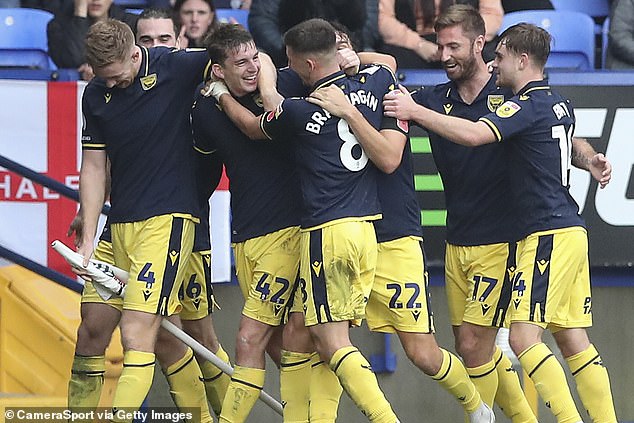