Smith Rowe likened Vieira, who arrived from Porto on a deal worth a potential £34million, to Manchester City star Bernardo Silva, whilst also claiming that new No 9 Jesus has already made a fantastic impact on the squad.

Arsenal finished fifth in the Premier League last season, extending their run out of the Champions League to five years after throwing away a chance to feature in club football’s most prestigious competition. 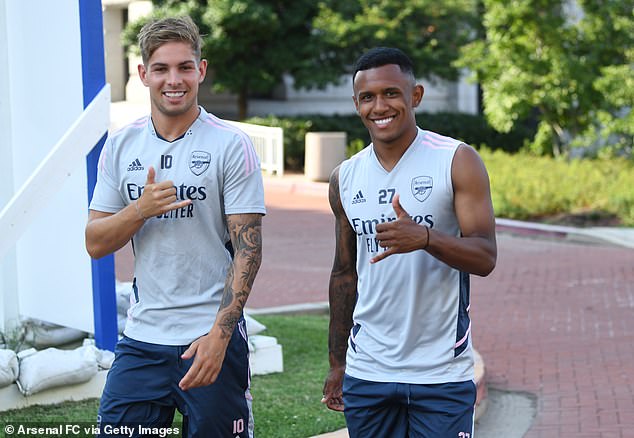 Vieira arrives following an impressive season at Porto with seven goals and 16 assists in 29 games, and will likely compete with Smith Rowe for a place in the side, operating as both an attacking midfielder and a left inside winger.

But Smith Rowe could only praise Vieira, saying: ‘He’s very similar [to Silva]. He’s a very good passer of the ball, his left foot is very good and he likes to create goals and score them himself.

‘I’ve already played against him at international level, so I can’t speak highly enough of him, and the fans should be really excited. 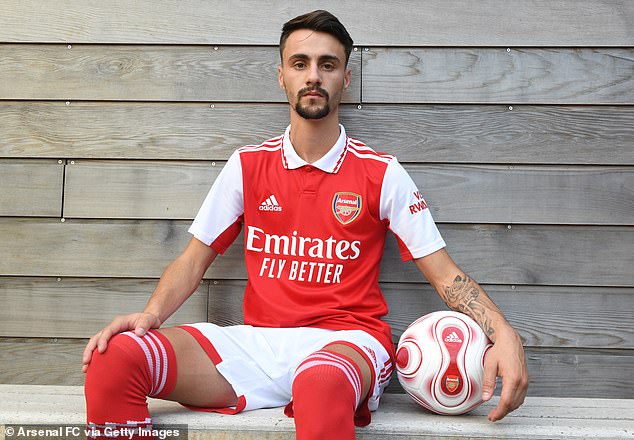 ‘At the Euro Under-21s, they [Portugal] beat us 2-0 and he was unbelievable in that game.’

He was also effusive in his praise of Brazilian forward Jesus, who fills the No 9 shirt vacated by Alexandre Lacazette earlier this summer.

He has already scored three times in two pre-season games, after he added to his brace against Nurnburg with a strike against Everton in the US. 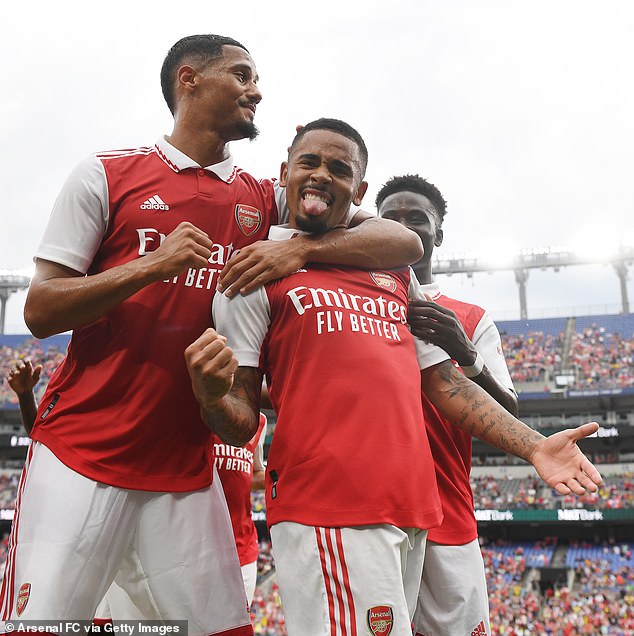 The signing has been greeted with excitement and fans are keen to see their new man in action in the new season, and he has already been celebrated by Arteta for his ability to ‘create chaos’.

Smith Rowe added: ‘He’s been fantastic since he came in, it feels like he’s been here for a couple of years. Everyone knows how good he is and we can’t wait to get started with him.

‘Man City are a big club and they’ve won a lot recently. It would be good if he could bring that [winning] mentality and help us out.’

Arsenal are not done yet in the transfer market, and are looking to tie up a £35m deal for City’s Ukraine star Oleksandr Zinchenko early this week, and are keeping tabs on Juventus midfielder Arthur ahead of a potential move. 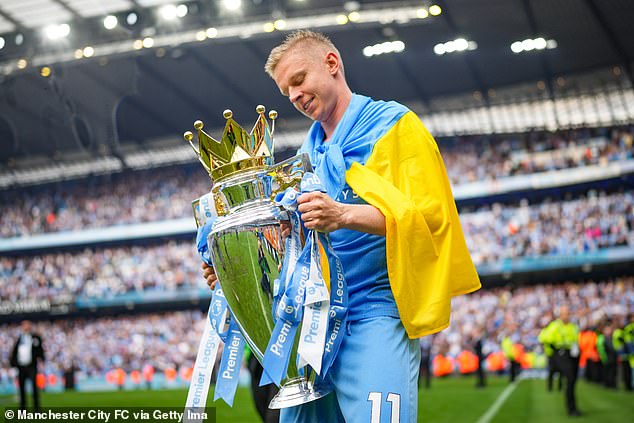 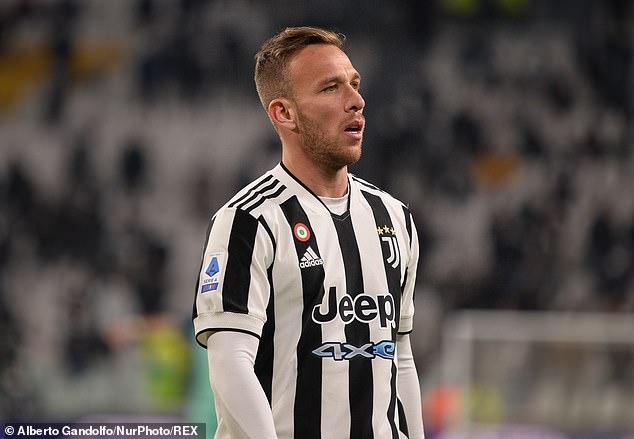