Emiliano Martinez has taken a swipe at Arsenal by claiming his transfer to Aston Villa is actually a step up. The 28-year-old sealed a £20million switch to the Villains this transfer window despite playing regularly for the Gunners towards the end of last season.

The Argentine filled in for Bernd Leno after the German sustained a knee injury during Arsenal’s clash against Brighton in June.

Martinez produced some superb displays and many thought he would assume his spot between the sticks at the beginning of this campaign.

But instead the shot-stopper sealed a move away from the Emirates and gave Leno a free run at the No.1 spot.

Martinez has now defended his transfer and has actually described the switch as a step up. 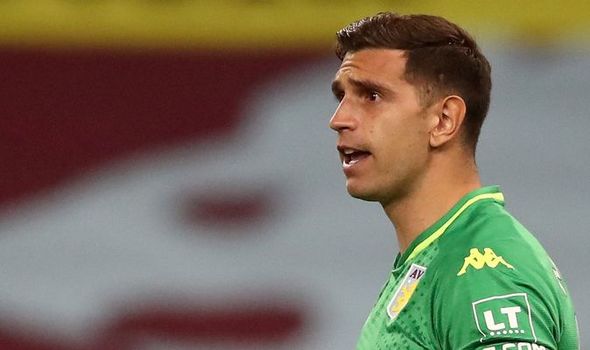 “I’m in the best shape of my career and when I didn’t have the security of that game time, I wasn’t sure about staying,” he told Sky Sports. “I’m fighting to be Argentina’s number one, that’s my dream.

“Aston Villa is a massive club, I had no doubts over coming here. Everyone thinks it’s a step down going from Arsenal to Villa, but I actually think it’s a step up in my career.”

Opening up on his time at Arsenal, Matinez added: “People don’t realise how much I’d been fighting to get on the bench.

“I had nine goalkeepers in front of me.

“My ambition was always trying to be number one at Arsenal, coming through their academy was not easy. People that talk outside of football know nothing about football.

“I want to be in Europe with Villa next season. Everyone at the club thinks we can have a great season, which drives me forward. We’ve got two wins on the bounce, so we’ve got nothing to lose against Liverpool.

“If you want to achieve something in the league, you have to beat the best, which is what we will try to do on Sunday.” 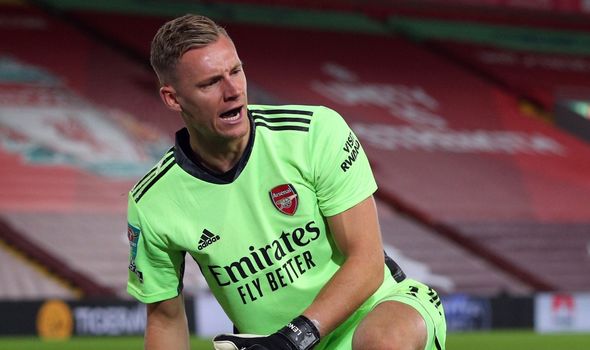 Leno took a shot of his own when asked if he was ever worried about his position.

“That was always very good from the club. My job is to prove it and I think tonight I’ve done that again.”