Chelsea manager Emma Hayes says there will be “huge battles ahead facing Manchester City” this season after her side beat them at Wembley to lift the Women’s Community Shield.

It was manager Gareth Taylor’s first game in charge of Manchester City, who finished second to Chelsea in the 2019-20 WSL on a points-per-game basis.

The new season kicks off next weekend.

“We showed an evolution already from last season,” said Hayes, whose side were awarded the 2019-20 title when coronavirus ended the campaign, the points-per-game formula lifting them above leaders City.

“You’ve got two wonderful teams at Wembley – it’s such a shame there wasn’t a crowd, because you saw from the quality on show that these are two outstanding sides.

“It was a great way to start the season and hopefully the broadcasting numbers confirm that.”

The contest was the first Women’s Community Shield match to be held since 2008 and the first at the 90,000-capacity Wembley. 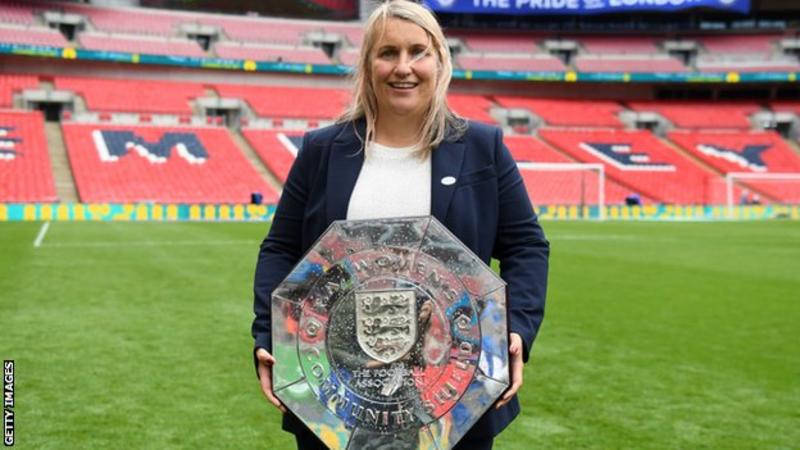 Hayes gave a debut to new signing Melanie Leupolz in midfield, while Niamh Charles, who joined from Liverpool, and Canada international Jessie Fleming, who signed from UCLA Bruins, were on the bench.

USA World Cup winner Sam Mewis was an unused substitute for Manchester City after signing from North Carolina Courage but England international Chloe Kelly made her debut up front.

England internationals Lucy Bronze and Alex Greenwood could also return to the WSL with a move to City.

“I think City have a clear recruitment plan in place. By the time we play them the next time, their team will be even stronger than it was today,” said Hayes.

“We can’t get carried away.”

‘Honour to lead City at Wembley’ 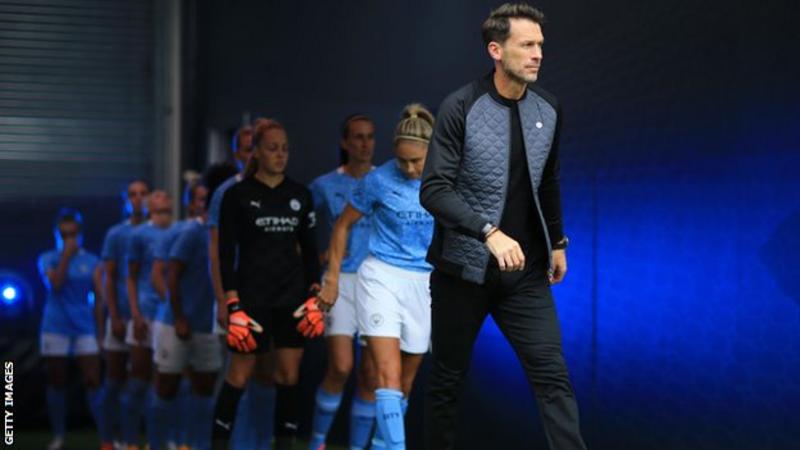 Taylor, who succeeded Nick Cushing as Manchester City boss in May said it was a “real honour to lead the team out at Wembley” in his first game in charge.

“I loved every single moment of it but obviously not the result,” said Taylor. “It felt a little bit strange, if I’m honest, especially in a big stadium that was empty.

“I could hear my voice echoing throughout the stadium. It was a great occasion so I take my hat off to the FA for organising this fixture and it was a good opening game for us.”