Guro Reiten opened the scoring in the first half on Thursday, before goals from Sam Kerr and Drew Spence after the break secured Chelsea’s place in the last eight, which will not take place until September.

The result came on the back of last Sunday’s 4-0 defeat to Barcelona.

“There is no real shame to have a silver medal from a Champions League final,” said Hayes.

“It’s a beautiful medal and it’s a stark reminder that from going silver to gold we had to find something else within our group, so that’s a challenge.

“Tonight’s line-up clearly showed why my job is so difficult because everyone is good enough to start. 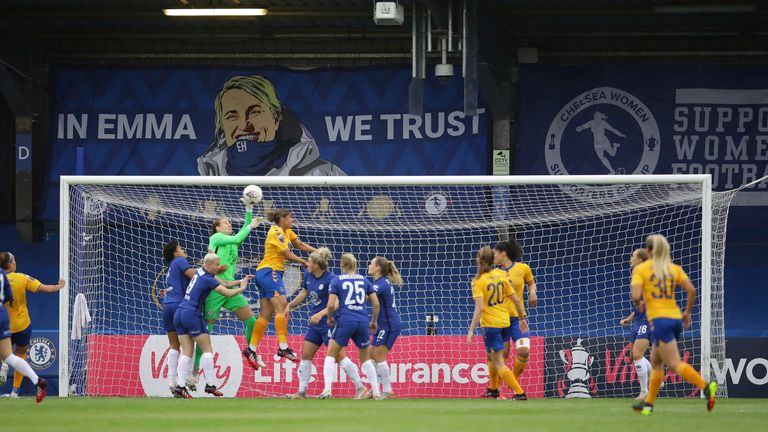 “To compete in the Champions League we need the squad depth and every week we have some disappointed faces. It’s not an easy task every week.

“When we came into the game tonight, I wanted to see Chelsea Women at its best and, whoever I pick, I can get a strong performance from every player.

“It is a real fabulous achievement from the players, they deserve every bit of credit that they’ve gained this year.” 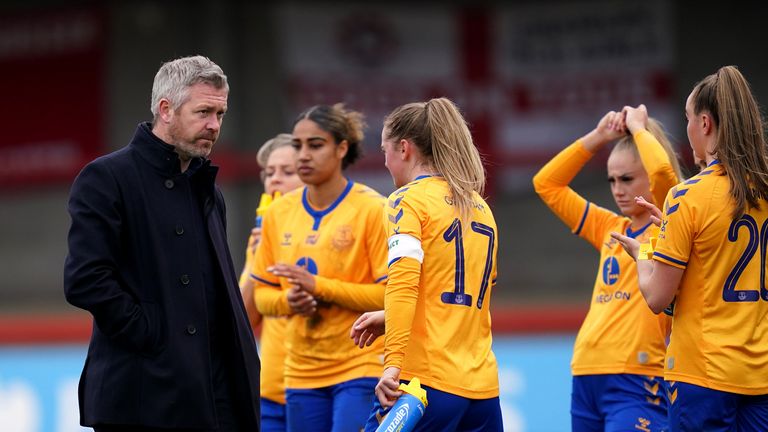 Everton manager Willie Kirk was left disappointed by his side’s performance, having made a dominant start to the game.

The visitors could not replicate the victory they produced against the same opponents in last season’s quarter-finals, when they triumphed 2-1 before eventually losing to Manchester City in the final.

Kirk said: “We were looking very threatening at times and had some great spells. It probably sums up our season and what we are lacking.

“That has happened to us in the past. We either conceded two goals really quickly or we’ve been on top, built our confidence up in terms of our possession, then we get switched off and get punished.

“We created an awful lot of chances. I think we took the game to Chelsea and the result simply summarised our season.

“For spells of games, we can without doubt compete against the top teams. It’s just over 90 minutes, the game management and managing the big moments is where we need to develop moving forward.

“Next year, I think we will see some improvements.”

Bergwijn's costly miss may have  exposed him as Spurs' weakest link