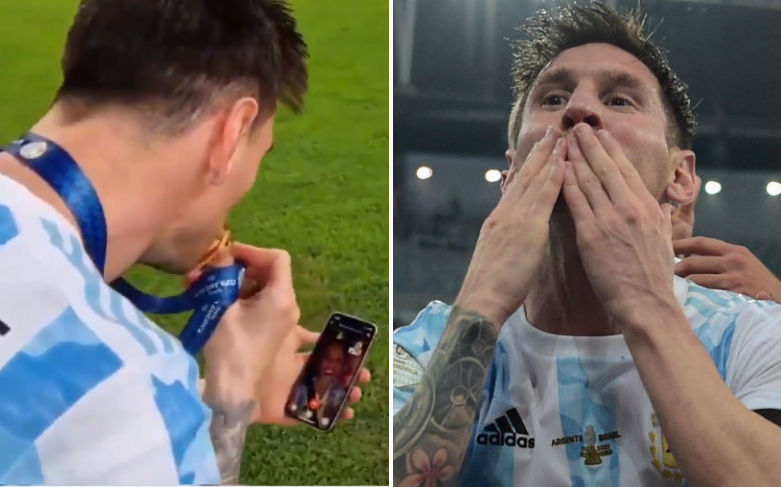 Lionel Messi was overcome with emotion after he finally ended his long wait to win a major international trophy with Argentina.

The 34-year-old, currently a free agent after his contract at Barcelona expired, fell to the floor at full-time in a sign of huge relief, while his former team-mate Neymar was in tears after he was unable to inspire Brazil to victory.

It was a huge hurdle crossed for the six-time Ballon d’Or winner, who has been a beaten finalist on four separate occasions with Argentina – three times in the Copa America and once in the World Cup.

Messi, who was named player of the tournament – a prize he shared with Neymar – after his four goals helped Argentina lift the trophy, should have found the net himself at the Maracana, but with the goal at his mercy he slipped when through one-on-one against Ederson.

It mattered not and, 16 years after making his debut for Argentina, Messi finally got his hands on an international title.

In the process, he silenced critics who had always pointed to his lack of success with his country as a reason why he should not be considered the best player of all time, despite his brilliance at club level.

After the match, Messi shared an emotional conversation with his family, and was captured facetiming his son, Ciro, and showing him the medal he has waited so long to wear around his neck.

Speaking after the game, Messi, via journalist Roy Nemer, said: ‘It’s crazy, the happiness I am feeling is not something that could be explained. I’ve left sad before but I knew that at one point it was going to happen.

‘I had a lot of confidence in this group which got stronger since the last Copa America. It’s a group of very good people, that always pushes forward, that never complains about anything.

‘It was a lot [of] days where we were closed but the goal was clear and we were able to become champions. The happiness is immense. I’ve dreamed of this many times.