With progression into the knockout stages of Euro 2020 not even enough to silence those critical of Gareth Southgate’s playing style, Sky Sports News reporter Rob Dorsett analyses the tactical talking points ahead of England’s last-16 showdown…

Why are England so negative?

Gareth Southgate and his coaching staff certainly don’t see it as negative. A dogged defender in his playing days, Southgate’s natural instinct is to set his teams up so that they are difficult to beat. Don’t expect England to go “gung ho” now that they are in the knockout stages of the European Championships.

The latest Opta statistics add force to the idea that the England boss is a pragmatic (some would say, cautious) coach. And despite a wealth of young, attacking talent in his squad, that won’t change anytime soon.

England have only scored twice in three European Championship matches, but they’ve yet to concede a single goal in 270 minutes of tournament football. That’s a stat that will gladden the England manager’s heart, even if it doesn’t sit comfortably with the sort of flair and exciting football that most England fans want to see. 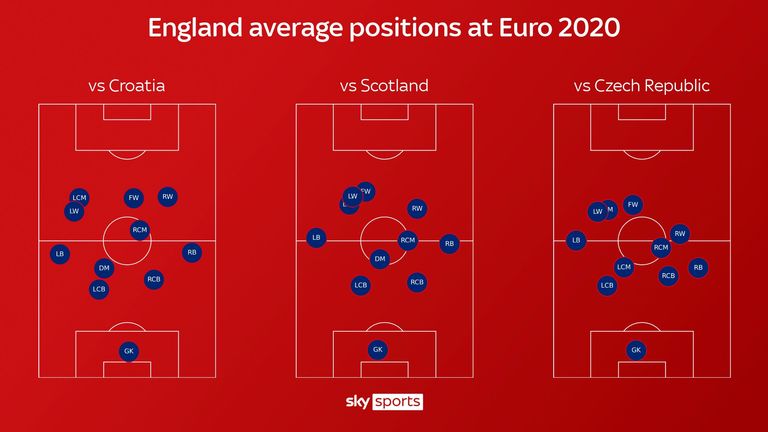 So many talented attackers – why doesn’t Southgate play them?

Since the success of the Russia World Cup three years ago when England made it all the way through to the semi-finals, Southgate and his assistant Steve Holland have carefully analysed the style of play that has been successful for other nations in major tournaments; tactical game plans that have served the likes of France, Germany, Italy and Portugal so well in the past. 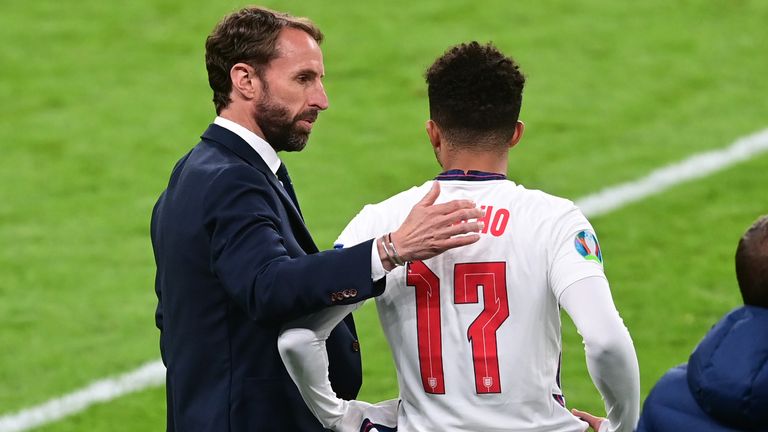 The overwhelming lesson they’ve learned is that making your team very solid defensively is the key to prolonged success in tournament football. Southgate has already pointed out that in the last Euros in 2016, Portugal drew all three of their group games, and in the knockout stages, Ronaldo and co only scored more than once in a match during the 2-0 semi-final victory over Wales.

A key phrase – used by both Southgate and Holland in their media duties in the last fortnight – has been: “this isn’t fantasy football”.

Both men are very aware of the national clamour to get Jack Grealish, Jadon Sancho and Phil Foden onto the pitch. But they are also very aware that they can’t play all of their talented forwards all of the time, and they are staunch believers that defensive strength and stability will stand England in good stead going forward.

That won’t be popular with the fans. But they would stress this isn’t a popularity contest. They have a game plan to try to win the Euros. And they won’t deviate from that plan, however loud the public clamour for change.

Just how defensive have England been in this tournament so far?

The stats from England’s group stage performances are stark.

No England player is in the top 20 for attempted shots in the tournament – in fact, Harry Kane and Raheem Sterling have both had five attempts each, which is 38th in the rankings (and likely to fall further when all nations have played three matches).

Similarly, no England player is in the top 20 for chances created – Luke Shaw is England’s most creative player so far with four chances laid on.

In terms of ‘expected goals’, England are ninth with 4.4, meaning with only two goals actually scored, they are underperforming significantly in this area – they have registered less than half the number of goals they would be expected to score.

By contrast – England and Italy are the only two sides who have three clean sheets in the tournament so far. Jordan Pickford is second in the goalkeeping stats to Sweden’s Robin Olson, with four shots saved and no goals conceded.

So if you look at where England are doing well, it is all in a defensive capacity. That won’t come as any surprise to most England fans, I’m sure. Apart from some exciting spells for sporadic periods against Croatia and Czech Republic, England have been quite difficult to watch.

But the players are following Southgate’s master plan to the letter. Even the most creative, attacking players are being shackled and reminded of their defensive duties.

Will Southgate change his approach in the knockout stages?

It’s almost a cast-iron guarantee that England will play with two holding midfield players again in the last-16 game against one of the powerhouses of world football.

In the expected absence of Mason Mount (whose quarantine period expires the night before that game), Southgate might even opt for Declan Rice, Kalvin Phillips and Jordan Henderson in central midfield, with Phillips potentially asked to get forward more as he did against Croatia – rather than opting for the much more expansive Jack Grealish, or progressive Jude Bellingham. 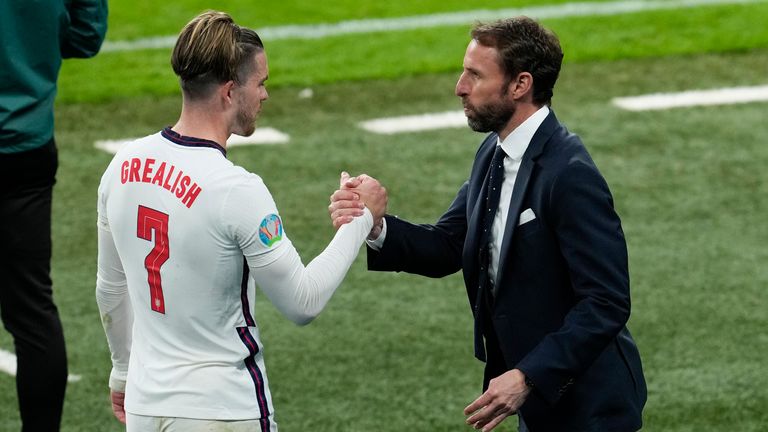 It’s also guaranteed that – injuries permitting – Harry Kane and Raheem Sterling will start as two of the three attacking options. So that means only one of Bakayo Saka, Jadon Sancho, Marcus Rashford and Phil Foden will get the nod for the starting XI.

So, Henderson and Maguire back in the mix? 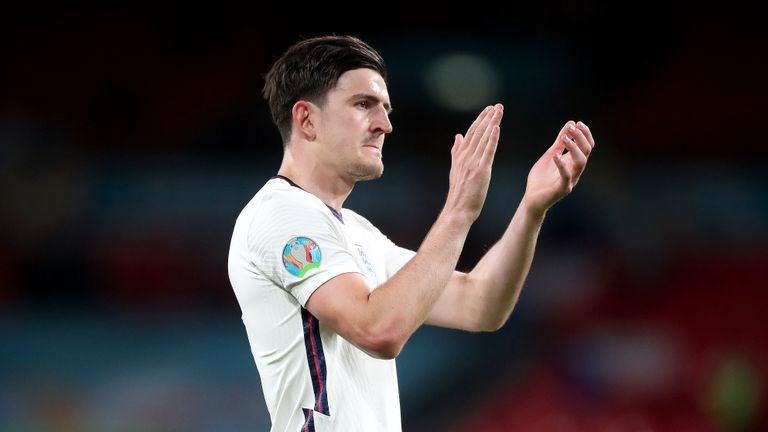 Harry Maguire managing a full 93 minutes against Czech Republic was a huge boost for England. Having played no football at all since May 9 when he injured his ankle ligaments against Aston Villa, it was a real surprise – and a big boost for Southgate – to see the Manchester United captain complete the game.

Assuming there is no reaction in his ankle, Maguire is now a shoo-in in the centre of England’s defence alongside John Stones. That’s tough on Tyrone Mings, who was faultless for England’s first two group games, but Southgate considers Maguire his best and most important defender, and will always choose him first.

Whether or not he opts for three centre-backs in the knockout game remains to be seen – he may decide that Kyle Walker’s pace will be critical in countering the speed of some of England’s opponents.

Henderson’s situation is more complex. He has only had two outings of 45 minutes since February, when he first injured his groin and underwent surgery.

Playing the whole of the second half against Czech Republic was a big step forward, and it means he will be vying for a starting berth in the last-16 game at Wembley next Tuesday – whether or not he can see out the full 90 minutes.