After the England players got back to St George’s Park, and a few of the jokes of the summer had been shared again, Gareth Southgate called them together to discuss Euro 2020 for the last time.

The message was to be proud of what they’d done and be aware of their historic place in the country’s football history, but to not let that be sufficient.

Southgate later told media the England squad have to make sure that they’re “not just swanning around like a team that got to a final” with “some sort of entitlement”.

The preparation for the first match back away to Hungary will probably prevent that, though, since Euro 2020 naturally dominated the discussion but most of it was about what went wrong.

Harry Maguire admitted that he hadn’t watched the final back but the thought still sometimes springs into his head as to how far the side came to glory.

Southgate was frank when he stressed what England need to do to change that, to stop people constantly harking back to Euro 2020 now.

“We probably need to win a World Cup final. Because nothing else is really going to compare to the level of the game we were involved in and the unique circumstance that being involved in a final brings. Whatever we do in the next 18 months has got to be towards challenging in a World Cup.”

It was an exciting thought that Maguire put into focus on Wednesday afternoon. Although England have already played three qualifiers and won them all, those games were in March with Euro 2020 on the horizon. Everything now is a potential step to being world champions. It’s all part of the same journey. It’s all possible build-up to that one match in all football that means more than anything else.

“You look around the room and you feel you’ve got a great chance if you improve, if you do everything right, if you train right, if you play every game right,” Maguire said. “Then, you’ve got every chance of being world champions.”

It is why there is an edge to England’s first games back, all the more so because two of them are the most challenging they will get in this group – away fixtures against Hungary and Poland. That edge has been sharpened by the distinctive nature of England’s performance.

They did superbly and surpassed their objectives of the tournament, but also fell agonisingly short of their wider aims. They didn’t get that uniquely unifying moment that only victory can bring, binding everyone together more strongly. They were instead left to wonder what if.

This is the situation that most leads to hangovers for international sides, even if brief, because of the extent of the emotional investment without true release. Consider the performances of some of Europe’s defeated finalists over the last three decades. The majority have suffered a stutter.

Italy 1994 drew 1-1 away to Slovenia and lost 2-1 at home to Croatia, ultimately finishing second in their group.

Czech Republic 1996 lost home and away to Yugoslavia and failed to qualify for France ‘98.

The only real exceptions among these bridesmaids were France 2006, Netherlands 2010 and Germany 2008. All went on superb runs almost straight away. France 2018 meanwhile never looked back after dropping those initial two points to Belarus. They also faced the same disappointment as England in losing a home final that went into extra-time.

Southgate would probably consider his England far closer to the profile of these last three sides, in the way they have established themselves as one of international football’s proper tournament teams but are still at a relatively early stage of the cycle.

They are still developing.

Southgate pointed to how a tournament star such as Jack Grealish personified this, in the way he can go to the next level under the tutelage of a coach like Pep Guardiola. 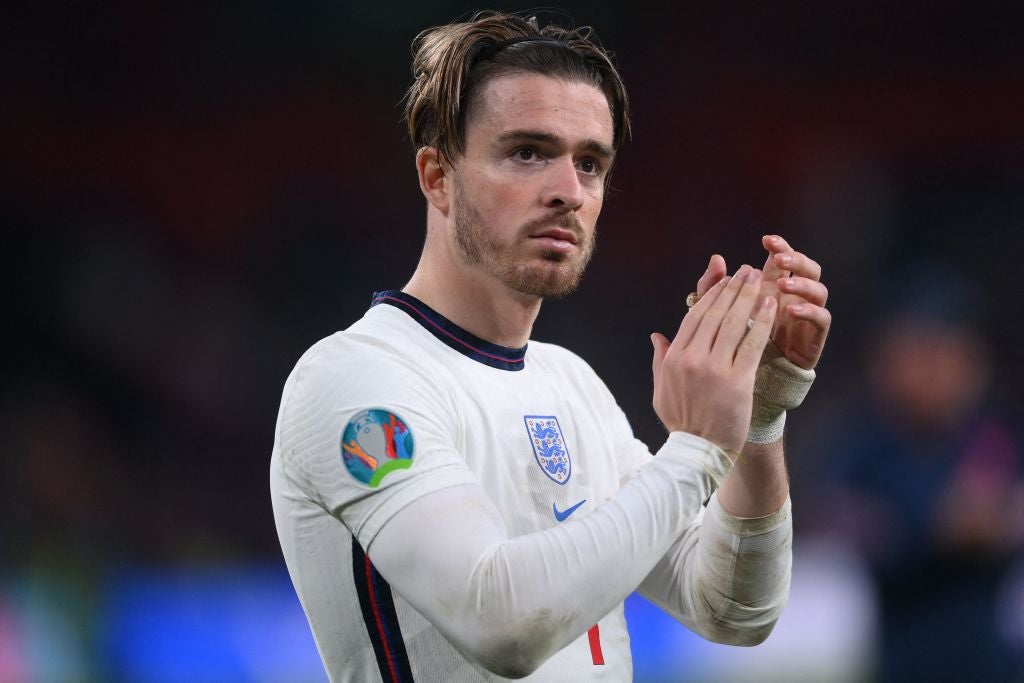 “Pep is very precise on positional discipline with the ball,” Southgate said. “That’s different to what he’s used to.”

There was then the fact that England were one of the youngest squads at Euro 2020 and, as the manager made a point of stressing, the youngest in the last 16.

“I think the players were brilliant at handling that expectation of being at home and being a team that is progressing and improving,” Southgate said. “From their perspective as players, they were the youngest group in the last 16 and the least experienced in terms of caps. Four or five lads that played fairly regularly in the tournament had never played a minute of European club football. So they have progressed fantastically well and the experiences they have had over the last couple of years will only help them.”

Progress shouldn’t be taken as an automatic process, though. There are still issues to address.

There is also a harsher possible analysis of Euro 2020.

That is that England’s path was once more hugely forgiving and they again went out to the first elite side they played, with the same old problems about possession and control undoing them. There is even the new debate that has come out of Euro 2020, that England have pivoted a more pragmatic style just when teams like Italy and Spain displayed the top level of international football must be much more expansive.

Southgate has watched the final several times and while he has conceded certain issues in terms of the progression of the game, he rejects the argument that England are too cautious.

“I don’t see too many teams in world football who win things played with five attacking players who have no tactical discipline or who have no balance to the team so of course I understand people want to see exciting players. I get that. I think we play good football. I think we build the game. We retain possession of the ball. We need to do that better in the biggest matches when we are pressed intensely, without a doubt.”

Maguire meanwhile argued that the perspective would be very different had a situation like that one set-piece or the shoot-out, which are both divorced from general play, gone a different way.

“A penalty shoot-out defeat in the final of the European Championships is the finest of margins you can get.

“We conceded a set-play, which has bounced around the box three or four times, and it’s fallen to their player [Leo Bonucci], this is the finest of margins. This is what you need to win these big trophies. If we’d have held out and won the game 1-0 everyone would have been sat there saying we managed to set the second half brilliantly, it’s fine margins.”

It’s maybe for this reason it is best to start back with England’s two toughest games of the group, away to Hungary and Poland, even if they bookend what is notionally the easiest match at home to Andorra. 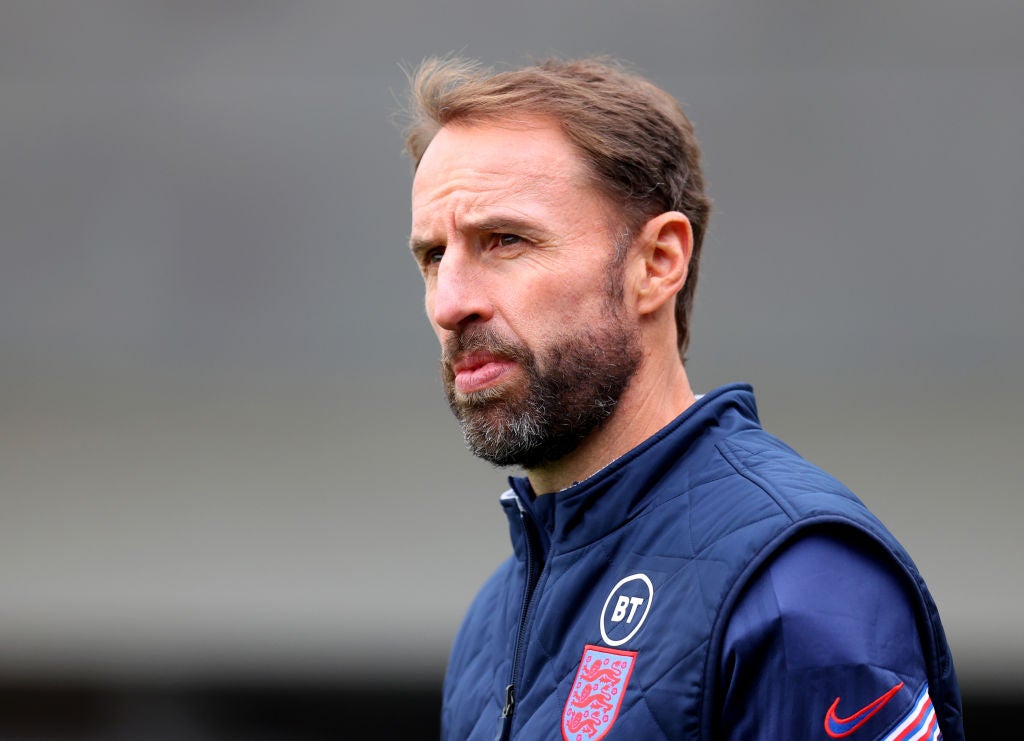 England must get straight back into it.

“Well, I think the two away games this week are both going to be hugely challenging,” Southgate said.

“They’re obviously pivotal games in terms of qualification as well so you can’t predict what your hardest games are going to be but we know that Hungary are a very good side and they sit second in the group.

“They took points from Poland in March, took a point off of France in the summer and off of Germany, so that their recent results speak for themselves, really.”

Hungary pose a particular challenge in how quickly they can switch from counter-attack to possession.

“We know that Hungary can do both of the things you talked about if they are given the opportunity,” Southgate said. “If we allow them to play they can play; if we dominate possession then they are very resilient and they defend deep and they are very difficult to create chances against. France had that problem and it took Portugal over 80 minutes to score in the summer so they are a very well organised team and we know that we have to be at our very best.”

It is all the true start of the road to trying to be the very best in the international game.

It is why Euro 2020 must now be set aside. Maguire indicated that won’t be a problem, though. The players, for their part, have already moved onto a more momentous vision.

“The lads probably are thinking about being world champions as that’s what you dream of when you are a young boy.”

This is the campaign where England’s squad are mostly coming to football maturity.