The Football Association has released a statement reassuring fans that England’s players are clear from COVID-19 after Scotland’s Billy Gilmour tested positive for the virus. England were in close contact with the Scottish midfielder during Friday’s 0-0 draw at Wembley but the FA says the whole squad have returned negative results for coronavirus.

Gilmour has begun 10 days of self-isolation after returning a positive test for COVID-19 on Monday and will miss Scotland’s crucial final Group D match against Croatia on Tuesday.

The 20-year-old Chelsea midfielder started at Wembley on Friday, playing 76 minutes of the stalemate before being replaced by Stuart Armstrong.

He was in close proximity with England’s players during his time on the pitch and conducted media duties post-match after being given the Man of the Match award by UEFA.

The Scottish FA released a statement on Monday morning breaking the news of his positive test and England have moved quickly to allay any fears that any of their squad or staff had contracted COVID-19. 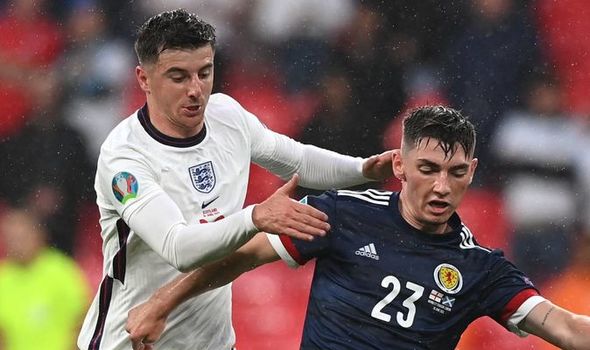 The FA’s statement read: “All 26 England players and the wider support team returned negative results after the latest round of Uefa PCR testing on Sunday – and we continue to follow the appropriate Covid-19 protocols.

“The full squad will train at Spurs Lodge this morning. We remain in contact with Public Health England and continue to prepare for tomorrow night’s fixture against Czech Republic at Wembley.”

England have moved from their St George’s Park training base to Tottenham’s training ground as they prepare for Tuesday’s match against the Czech Republic. 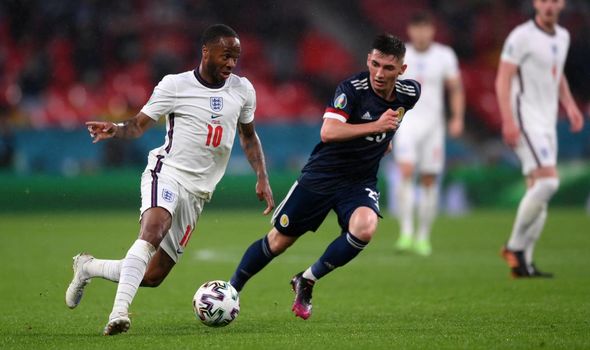 Despite the disappointing stalemate with Scotland, Gareth Southgate’s side are in a strong position going into their final group stage match.

England and their opponents have both picked up four points from their first two matches, meaning the game will decide who tops Group D.

Meanwhile, Scotland and Croatia both need to win at Hampden Park to stand a chance of progressing to the last 16.

There have been some suggestions it would be advantageous for England to finish second in order to avoid playing the runners-up from Group F, which includes France, Portugal or Germany.

But full-back Kieran Trippier says the Three Lions want to beat the Czechs and top Group D, no matter who they draw in the next round.

“No matter who you play in the tournament is going to be tough. We just need to believe in ourselves and give everything against whoever we play.

“We’re in a good position on four points so we need to go into Tuesday with a winning mindset to get the three points.

“We know we were beaten by them and could have done better when we played them last time but Tuesday is going to be a different game and a different team to what we had back then and we will be ready.”