Our World Cup is going swimmingly! England players take a dip in the pool at their hotel complex in Doha as Gareth Southgate’s men are seen enjoying some much-needed downtime ahead of their last-16 clash against Senegal

The England players have been taking a well earned rest after securing their passage through to the last sixteen, and have enjoyed some down time at their hotel complex.

Gareth Southgate’s men beat Wales 3-0 on Tuesday to top Group B and set up a knockout stage clash with Senegal on Sunday.

Two goals from Marcus Rashford and a Phil Foden strike were enough to see off their British rivals, who now exit the tournament, with the USA qualifying behind England in the group. 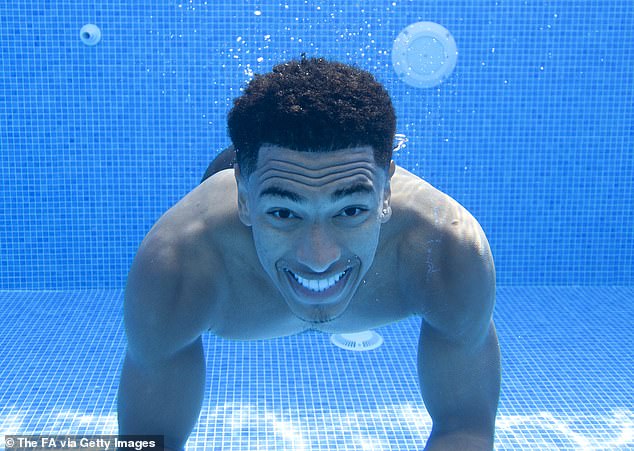 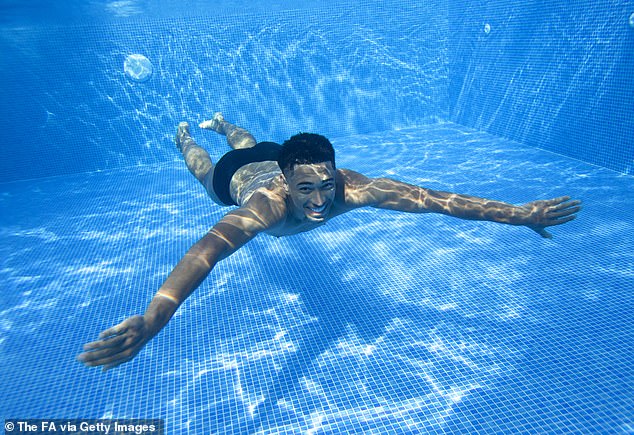 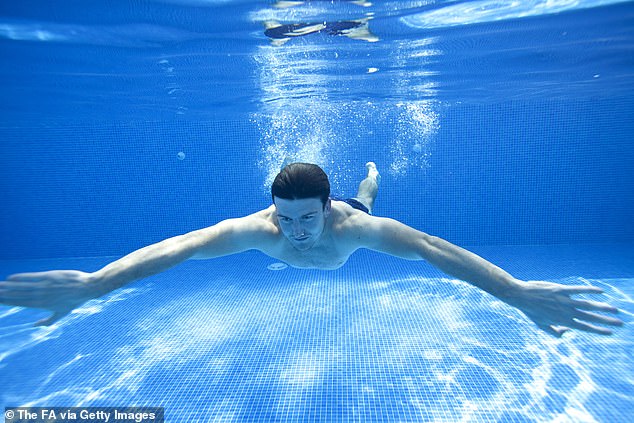 Ahead of Sunday’s first-ever meeting with Senegal the players have been enjoying some quiet time, with a few of the Three Lions taking to the pool for some well earned rest and relaxation.

Jude Bellingham, Harry Maguire, Jordan Pickford and Declan Rice could be seen strutting their stuff under water at the team hotel in Doha.

The players were shown pulling off the best swimming strokes, while Rice and Bellingham could be seen chilling in the pool on another sunny day in Qatar, in scenes that wouldn’t be out of place on the front of a postcard. 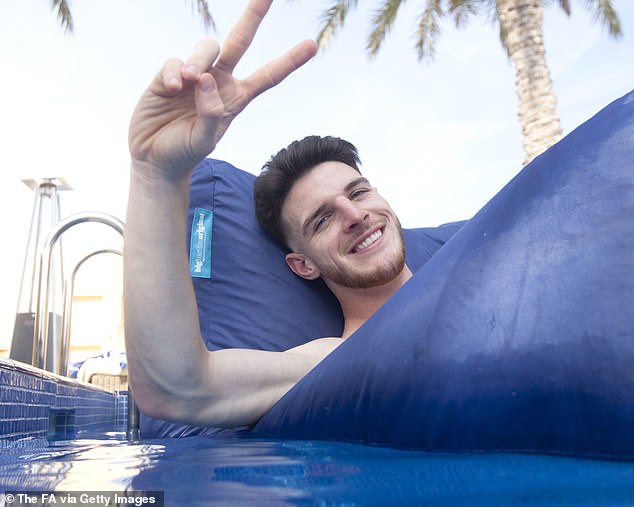 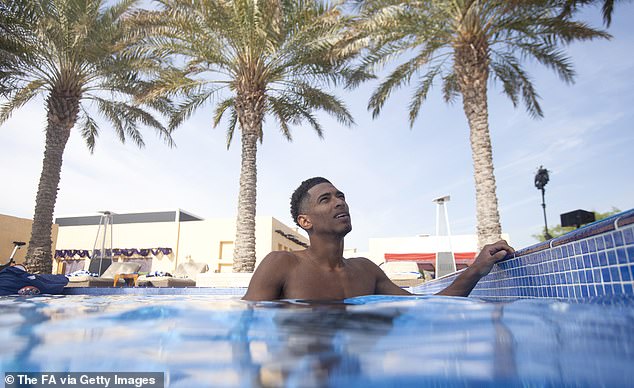 Postcard from Qatar! Jude Bellingham is all about downtime in the pool before Sunday’s game

England are unbeaten so far in the competition having began the tournament with a thumping 6-2 win against Iran, before the goalless stalemate with the USA.

Southgate was criticised following the game against the United States, with calls for Phil Foden to be in the team from the start to help England as an attacking force.

Foden did play against Wales and netted England’s second goal, while Rashford’s brace means he’s currently the joint top-scorer at the tournament alongside Kylian Mbappe, Enner Valencia and Cody Gakpo. 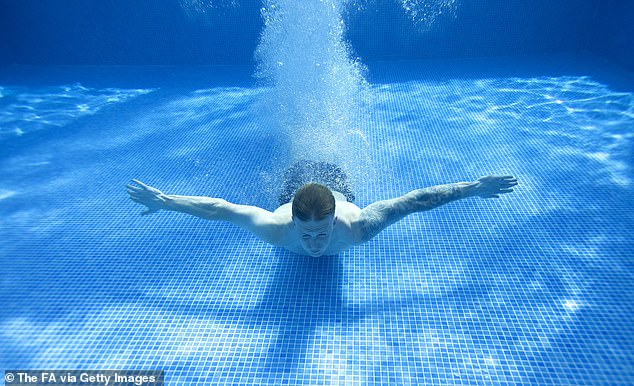 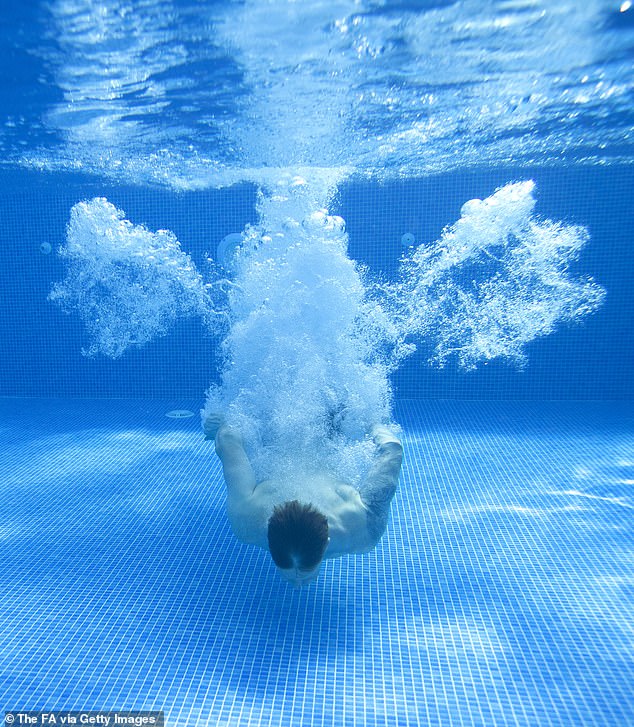