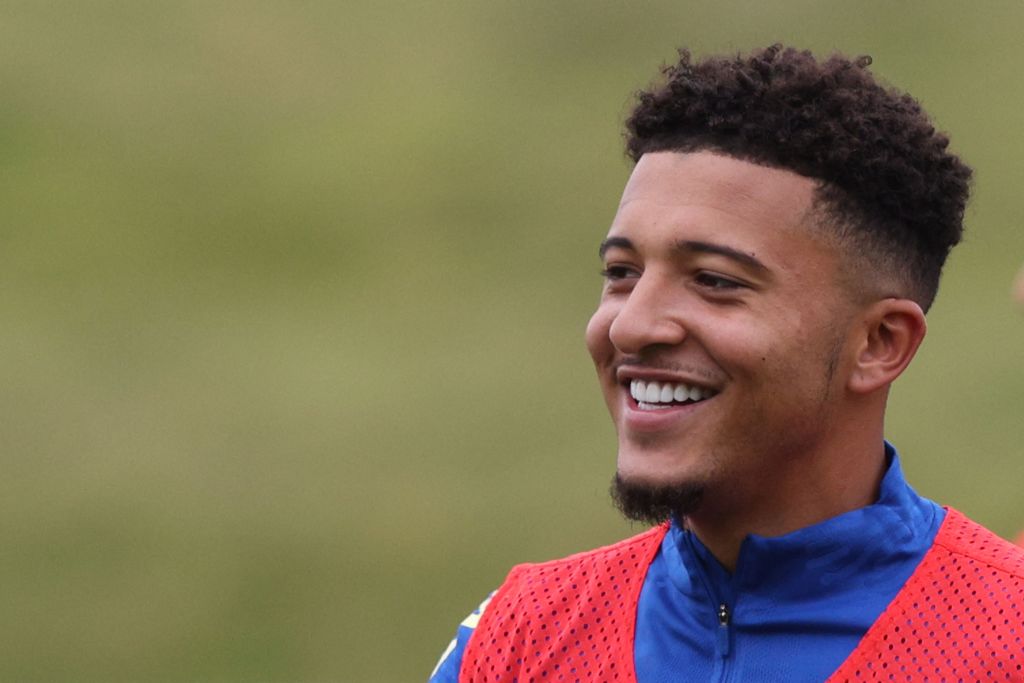 Jadon Sancho has returned to Manchester United and will play no part in England’s upcoming World Cup qualifiers against Andorra and Poland.

The 21-year-old picked up a minor injury in training earlier this week and was forced to miss Thursday’s emphatic 4-0 win over Hungary.

Having undergone further assessment, England have taken the decision to allow Sancho to return to his club ahead of schedule and, according to an official Football Association statement, is likely to have recovered in time to face Newcastle next weekend.

Doubts over Sancho’s fitness, however, are likely to increase the chances of Cristiano Ronaldo featuring from the start against Steve Bruce’s side as he looks to resume his United career after a 12-year absence.

The 36-year-old landed in Manchester yesterday and will train with his new teammates for the first time next week, once he completed a five-day period of self-isolation.

With Marcus Rashford still injured, Dan James having been sold to Leeds and Anthony Martial out of favour, it appears increasingly likely that Ronaldo will have a role to play in Ole Gunnar Solskjaer’s new-look side from the off.

Ronaldo received a further boost, meanwhile, earlier this week when it was confirmed the Premier League had granted United special permission to allow the five-times Ballon d’Or winner to reclaim his iconic No.7 shirt from Edison Cavani, who will wear No.21 this season.

Reacting to the generosity of his new teammate, Ronaldo said: ‘I wasn’t sure if it would be possible to have the number seven shirt again. So I would like to say a huge thank you to Edi [Cavani] for this incredible gesture.’