A classic fixture brings out some classic tournament problems for England, and a vintage result for Scotland. It also drastically changes things for the immediate future, as Gareth Southgate’s side have a real game on against Czech Republic to win the group – as well as a potential problem in Harry Kane – while Scotland have completely revived their chances of getting through.

The group is in the balance, and you could say that is down to Steve Clarke’s side bringing an uninspired England down to their level. That would be unfair on a supreme tactical display from the Scottish manager, that brought his players to exceptional levels. Grant Hanley and Billy Gilmour were two of a few players who were brilliant, the midfielder maybe illustrating he is exactly the type of passer that England lack.

This was the maijn problem for Southgate, beyond Kane. His team had no poise, no probing. They did match Scotland for effort, but almost seemed too conscious of that. They got drawn into a battle, and misused their ample attacking weapons.

Some of that may be down to an occasion that felt a cultural event again.

If might well be the case this fixture isn’t what it used to be, but the crowd also created an atmosphere we haven’t felt in some time. This was raucous. It was a derby, in every sense.

The Scottish anthem was barely audible in the stadium due to the sheer volume of the boos. That was all the more remarkable given Wembley wasn’t even a third full.

A consequence in the first few minutes was that everything was gloriously full-blooded. There was no caution there. England again went for it in the opening stages, and could have gone out of sight. John Stones hit the post from a free header. Mason Mount turned the ball wide from a free shot.

And yet it was still Scotland that had two of the better chances from open play. Both fell to Che Adams, although the second was after the irrepressible Stephen O’Donnell had carved his way through the English defence to force a save from Jordan Pickford that bounced back up. Adams put it wide, but Scotland were visibly growing in confidence.

That was because, for all England’s early impetus, there was again something ill-fitting about the team. There were still gaps. Kane, for one, wasn’t providing the links he usually does. He only had 10 touches in the first half, with just one in the box. You could say he was starved of his supply, but part of his role for England is to drop back into the number-10 space for players to run off him. There was none of that. He played a lot of the game at walking pace. One moment when he seemed to finally get free saw him check his run and look for the foul, and it was difficult not to suspect that was because he didn’t back himself to burst through. It was no surprise that Kane was eventually taken off again, Gareth Southgate and Steve Holland having been discussing it for a few minutes before.

Mount and Phil Foden, for their part, provided a lot of energy behind. They were everywhere. Mount showed real tenacity to go with his perseverance, in one early moment repeatedly shrugging off few shirt pulls to keep going and still play the pass.

England needed to be like that, though, because Scotland were of course pushing themselves to the limit. Andy Robertson was naturally leading the way, but so many were keeping pace with him.

They had that kind of classic defiance that only games like this can bring out, which was never more visible than when three players threw themselves across to block a Kane shot.

If Robertson was setting a pace, Hanley and Scott McTominay were keeping everything rock solid. Gilmour meanwhile showed a defiance of his own, especially to the expectations that he would be outmuscled in a game like this. That just wasn’t the case. He asserted his authority, and displayed his class.

Adams remained so loose up front, though. He could have played any of three teammates in when another Scottish chance presented itself, but tried to turn and shoot. Another opportunity was only just deflected away by Stones. It was no surprise Adams went off either. 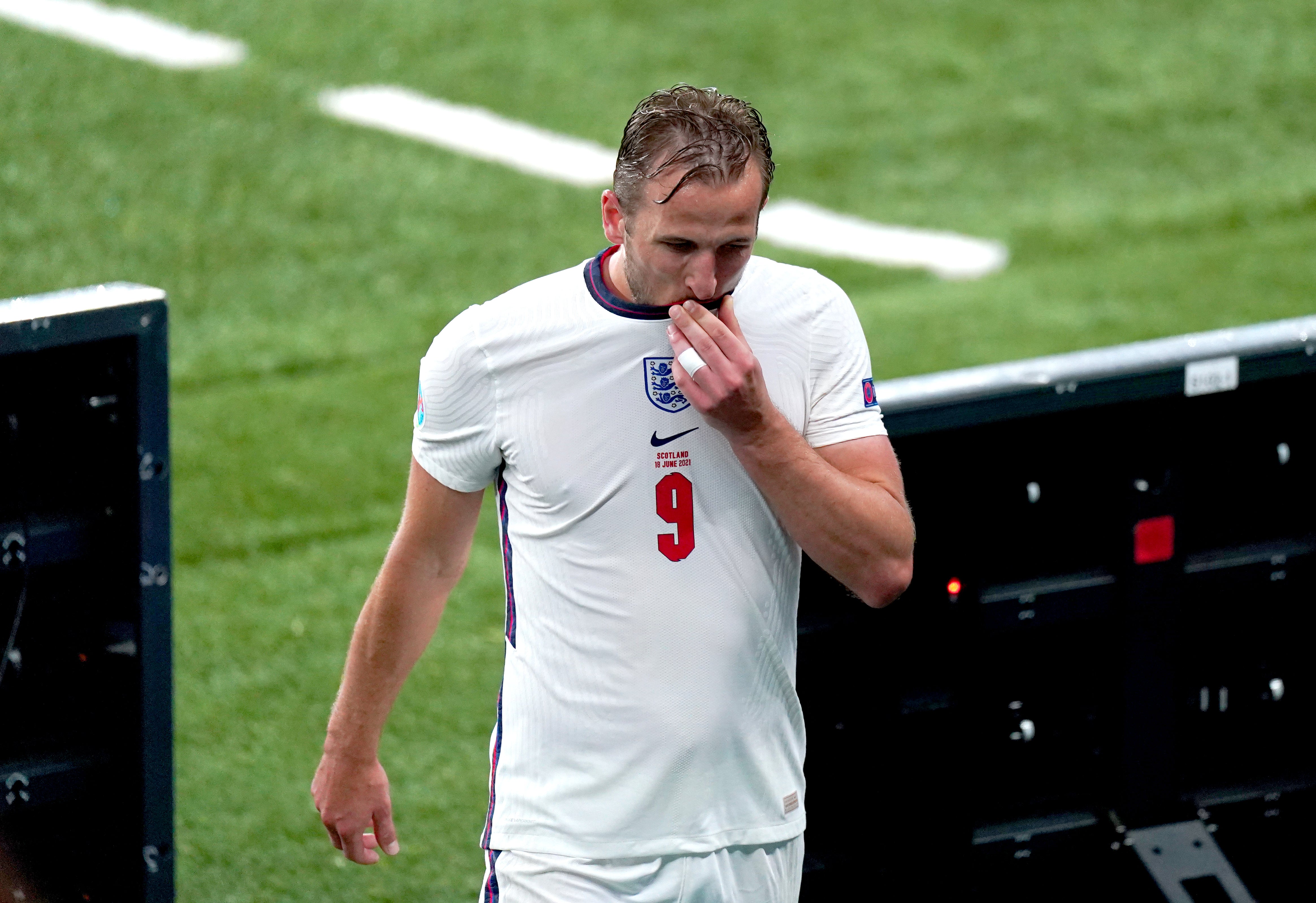 The offset of all this was that England needed more craft, more incision. For the superior team, they weren’t exactly probing, or displaying any higher-class attacking. It was not the performance of a team with designs on winning this tournament.

Southgate finally did what the crowd demanded, bringing on Jack Grealish, but for Foden, before introducing Marcus Rashford for Kane.

While the latter had by then become completely understandable, that was not the case with Foden.

It was surprising as Raheem Sterling had squandered another run just before, and wasn’t quite at his own best either.

The calls for a penalty were just waved away. That was all England had by the end. Scotland felt they could have had even more. By the end, the fans were only booing their own players.

England now must fight for the chance to come back here in the last 16. They will need to do so much more – and show so much more in attack to – prevent a similar closing song.

What does Uefa investigation mean for England and is 2030 World Cup bid at risk?