Continues to have an impressive tournament. Save from Werner was important, snuffing out Germany’s only real opening of the first half. Big hand tipped over Havertz’s shot in the second half.

Adapted to the third centre-back role despite a lack of recent practice. In constant communication with Trippier to control the runs of Werner. 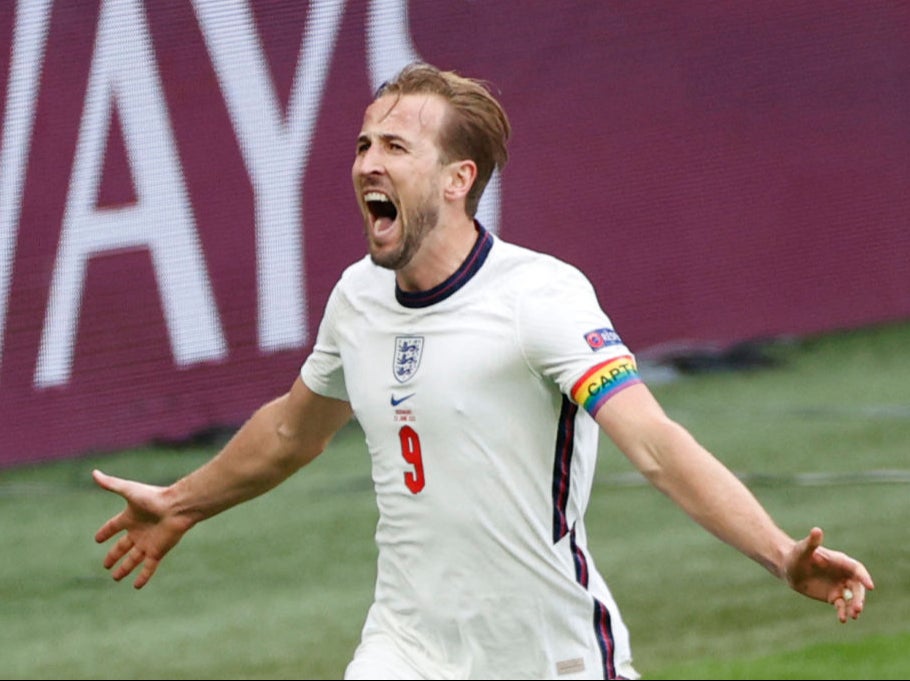 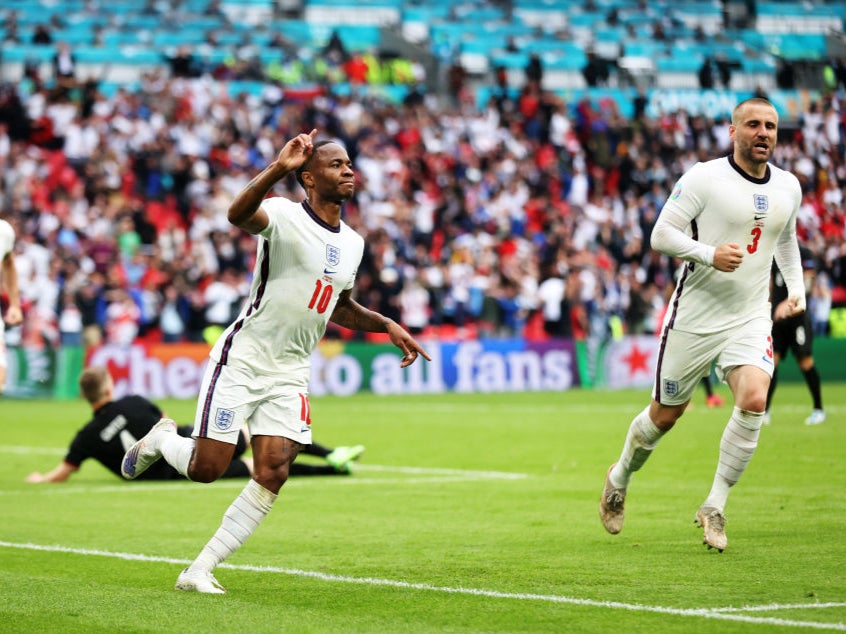 Read several searching passes well and covered Germany’s attempts to counter as the central figure in the three-man defence.

Solid. An authoritative presence in both boxes but needs to test the goalkeeper more on set-pieces, as has been the story at Manchester United for a while.

Too deep to start with but pushed up after the early exchanges, not only offering an outlet on the right but helping shore up the midfield.

Robust in the tackle, sometimes a little too robust. More adventurous in his passing than Rice and even looked to break forward on occasion.

Had to pick his moments to press his opposite numbers in Germany’s midfield and did that well enough after a shaky first 10 minutes.

Would always be important, as the wing-back with the most license to attack. Like Trippier, started too deep but began to take up advanced position and produced an inch-perfect cross for the opening goal.

Retained his place to some surprise but not cowed by the occasion one bit. Direct running at Germany’s defence lifted England out their early slumber but faded as time went on.

Let’s be honest, for the most part he was worryingly peripheral, and the heavy touch when one-on-one against Neuer at the end of the first half summed his tournament so far. Does any of that matter now, after that goal and that moment? Hopefully not.

England’s most consistently threatening presence throughout. The run to create Kane’s chance was exactly what England lacked first half. The timing of the run for the finish was instinctive.