How England reached the Euro 2022 final

England have the opportunity to win their first major tournament on Sunday when they take on Germany in the Euro 2022 final at Wembley Stadium. The Lionesses are potentially just 90 minutes away from claiming their maiden honour having mauled Sweden 4-0 at the semi-final stage on Tuesday night.

At a sold-out Bramall Lane, Sarina Wiegman’s side rode an early storm before sensationally securing their passage to a first major tournament final since 2009 and only their third in European championship history, with 1984 the only other appearance. Arsenal’s Beth Mead opened the scoring against the Swedes with 34 minutes on the clock, controlling a cross before swivelling to fire home her sixth strike of the competition.

Lucy Bronze headed in a second moments after the interval before Alessia Russo netted her fourth of the Euros with an audacious back-heel effort to put England in cruise control. There was even time for Fran Kirby to add gloss to the result as the midfielder’s chipped finish agonisingly slipped through the fingers of Swedish goalkeeper Hedvig Lindahl to complete the rout and leave the world’s second-highest ranked nation stunned.

Though the Lionesses will be full of confidence heading into the showpiece on home turf, an almighty challenge lies in wait. Wiegman’s side take on eight-time European champions Germany, who edged out France 2-1 on Wednesday night thanks to a brace from Alexandra Popp. 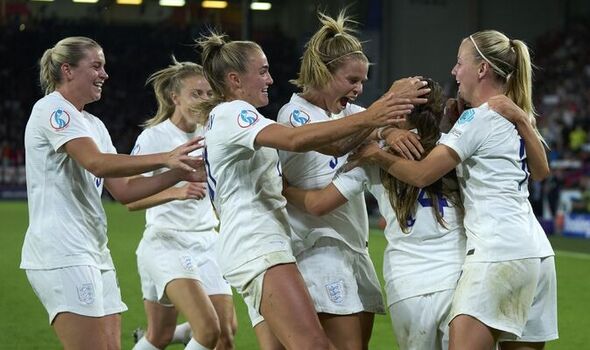 An eagerly-anticipated clash will see the two age-old footballing foes once again lock horns, and the omens appear to be in Germany’s favour. England have faced Die Nationalelf on 27 previous occasions and have only won twice, losing 21 of the encounters and drawing the other four.

In fact, no other nation boasts a better record against the Lionesses than Sunday’s opponents. With both side’s having won every game and only conceded one goal apiece within of their respective Euro campaigns, the pair appear evenly matched heading into Sunday’s showdown.

A mammoth 11.3million people tuned in for England’s semi-final success over Sweden on Tuesday and Sunday’s showpiece is expected to be one of the most-watched events on television this year by eclipsing those viewing figures. But how can you watch England’s historic clash with Germany in the Euro 2022 final? 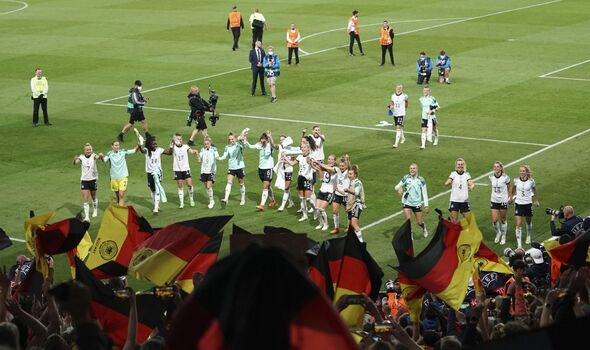 The final will be shown on free-to-air television, with BBC One set to broadcast the action live from Wembley. The BBC will also stream the match online for free via their Sport website and iPlayer service, which is available for those holding an up-to-date TV license.

The channel’s coverage will get underway at 4pm – an hour before kick-off – and will be hosted by Gabby Logan, with Alex Scott and Ian Wright among the guests. Robyn Cowen and Rachel Brown Finnis will once again be on commentary duties.

Grab a slice of football history!

As England aim to beat Germany to win their first ever major trophy, make sure you’ve got your copy of the official UEFA Women’s EURO 2022 final programme! Featuring both teams’ journey to the final, stunning images, and a focus on some of the best moments of a remarkable tournament, order your unique souvenir from reachsportshop.com.