Marcus Rashford is a major doubt for England’s opening World Cup qualifier against San Marino on Thursday due to a foot injury, while Bukayo Saka has been ruled out of the match at Wembley.

Manchester United striker Rashford is yet to take part in England’s team training, but has been working in the gym as he looks to recover from the injury sustained in Manchester United’s 1-0 win against AC Milan in the Europa League last Thursday.

Meanwhile, Saka is yet to join the England camp as Arsenal continue to assess the hamstring injury suffered against Tottenham.

Saka was able to play 74 minutes of Arsenal’s 3-3 draw with West Ham after the Spurs defeat, but he will not feature for England on Thursday. 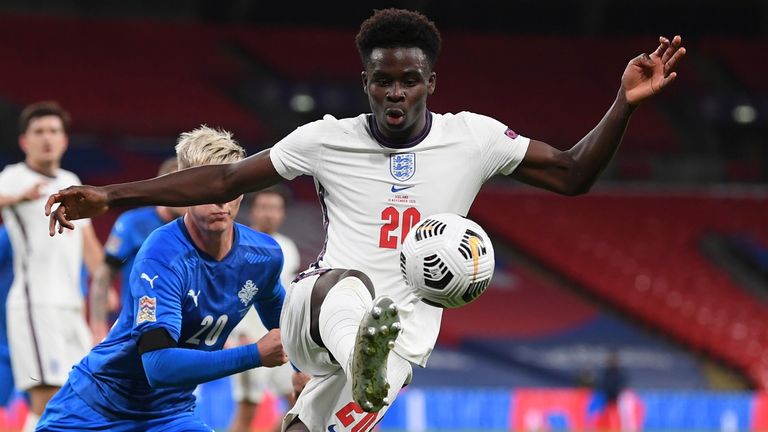 It is hoped the 19-year-old, who made his England debut last October, will be available for the fixtures against Albania and Poland.

The #ThreeLions are out at training, with 24 players [email protected] sits out to continue his rehabilitation, while @BukayoSaka87 is still with his club for further assessment on an on-going issue but it is hoped he will join up with the squad later this week. pic.twitter.com/W0dy1mtuzQ

Johnstone, who came through United’s youth system, worked alongside the Spain international before leaving Old Trafford permanently in 2018 in search of first-team football.

“He texted me when I got the call-up, saying he was happy for me and really proud,” Johnstone told a news conference.

“It’s really nice to hear from someone like that that I trained alongside for a number of years and learned a lot from.

“Just to be around him every day was special,” added Johnstone, after being asked what he took from his time with De Gea.

“To work with someone like that. He was young, playing for Manchester United and Spain.

“You pick stuff up from being around him and watching him and how calm he is and how good he is because he is one of the best. It was great to be around him and learn from that.

“And then obviously I had to go and make my own path and my own career.”