Home » Soccer » England Women: Hege Riise says France friendly is a chance for her Lionesses side to prove themselves

England Women interim head coach Hege Riise says Friday’s friendly against France is a chance for her players to prove themselves against one of the world’s best sides.

The Lionnesses will be taking on the No 3 ranked side in the world in Caen (kick-off 8.10pm) in what will be only Riise’s second game in charge since replacing Phil Neville on a temporary basis in January.

The Norwegian coach oversaw a 6-0 thrashing of Northern Ireland in her first match in February but believes facing France – as well as Canada in a second friendly next week – will give a good indication of how good her side currently is.

Riise said: “We play against a good opponent, No 3 in the world. It’s a long time since we had good competition.

“Playing Northern Ireland was good for us. The next two games now we play stronger opponents, and we will see the character, where we are and what we need to go forward.

“It will be a difficult game for us but I think our mentality should be that we want to go after them and prove ourselves, to show that we are a good team.

“What we have been working on, to see that during the game and to see the confidence in the players – that’s what we want.”

She must name her squad for the tournament in May but, while admitting she already knows some of the 18 players she will take to Japan, Riise urged the England squad to focus on their upcoming games against France and Canada. 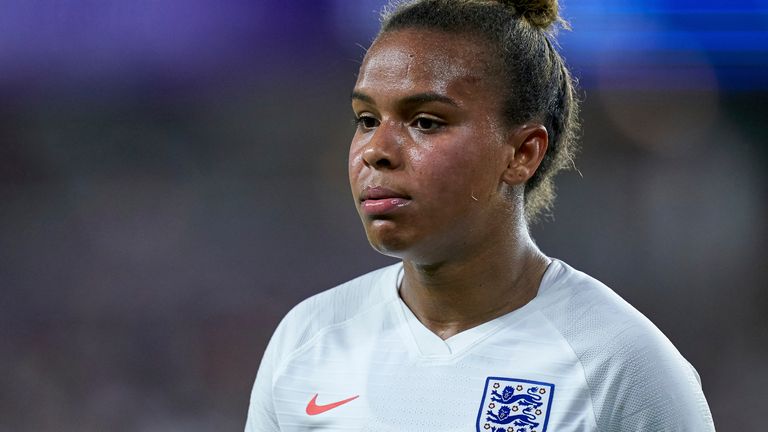 “I cannot say any numbers,” Riise said when asked how many players she was sure of naming in her Team GB squad. “Of course there are certain players you know almost for sure will be in there.

“But I need to sit down when these two games are done, look at the Home Nations players and decide after that.

“I try not to talk too much about it because we have two games for England now, and I want the players – they know the competition – but I want them to be relaxed and play their best.

“Relax, have fun, this is what we all love – get on the field and play.”

One player who is enjoying being back in the England camp is Nikita Parris, who was initially left out of the squad due to a Covid outbreak at her club Lyon but was later included after she tested negative.

“It’s been good. That’s why we wanted her, even though she came late – to have her in a couple of sessions before heading out to France,” explained Riise.

“It was good for her to be back on the team. It’s a long time now since she was in the squad, so she’s happy and we are happy.

“She’s ready – she’s been in two sessions now, looked good, happy, enjoying being back. A great energy coming in.” 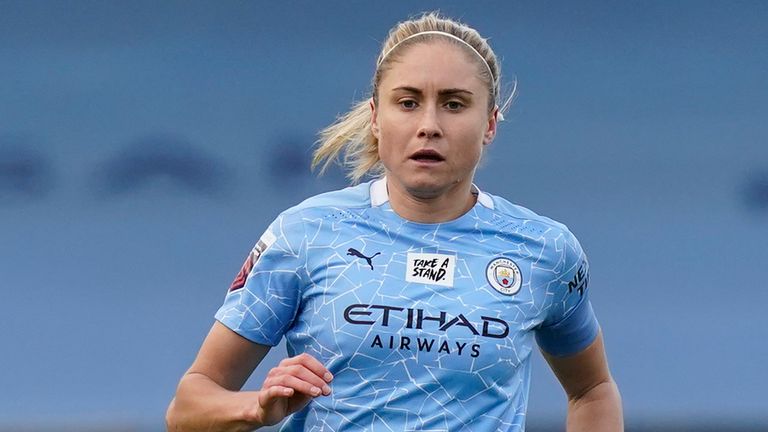 While Parris is back in England contention, they will have to do without captain Steph Houghton, who is not in the squad due to an Achilles injury suffered with her club Manchester City.

Riise confirmed she knows which player will replace Houghton as captain for both friendlies but said she could not reveal their name as she was yet to announce the team to the players.

Ahead of this summer’s Olympics, Riise said discussions would be held with the Football Association (FA) regarding social media, and added she would support her players if they chose to boycott the platforms.

Swansea City announced on Thursday that their players and staff would stage a week-long social media boycott in response to the “abhorrent” abuse aimed at their players on the platforms.

Asked if she would support a similar move, Riise said: “That’s a question for us to discuss and go further with the FA and how we’re going to deal with that going forward. That’s an issue that we need to talk about.

“We haven’t discussed it as a team. From my point of view, I just support the players. If they want to boycott, full support from us.

“You should never have hatred thrown at you. Of course, that’s something we don’t want. We will have good discussions around that on how we’re going to solve it.”

The Dortmund 'utopia': Stars now beg for a move to become Sancho 2.0