England boss Sarina Wiegman was left scrambling to find a pitch for her team to train on before their World Cup qualifier with Latvia on Tuesday.

The Lionesses, who had originally planned to train in Sunderland, were due to use one of the pitches at Newcastle United’s Academy after opting to stay in the north east following their game with Austria at the Stadium of Light on Saturday.

But their session was cancelled due to Newcastle’s pitch being frozen, meaning Wiegman was unsure on Monday morning whether they would be able to train before Tuesday night’s game. 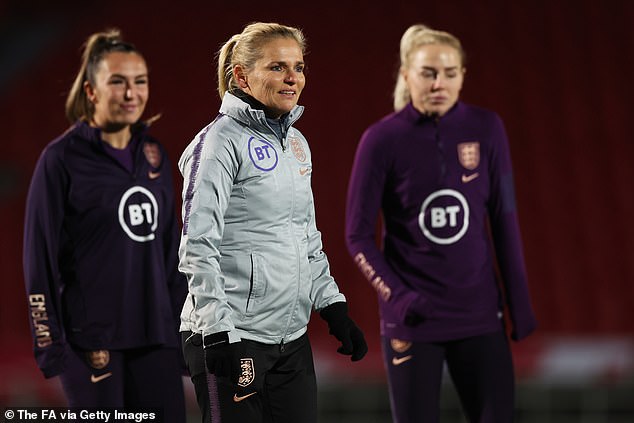 ‘We can’t go on the pitch so we’re looking at another scenario because we really want to train,’ Wiegman said.

‘We’re just going to look for solutions and do everything to get a pitch so we can train and if not we’ll find other solutions to get some load on the players’ legs to be ready for tomorrow.’

Beth Mead, who was one of four former Sunderland players to return to the north east at the weekend added: ‘Obviously it’s a little bit annoying but like I said to Sarina this morning, I’m not surprised there’s stuff like that happening up north!’ 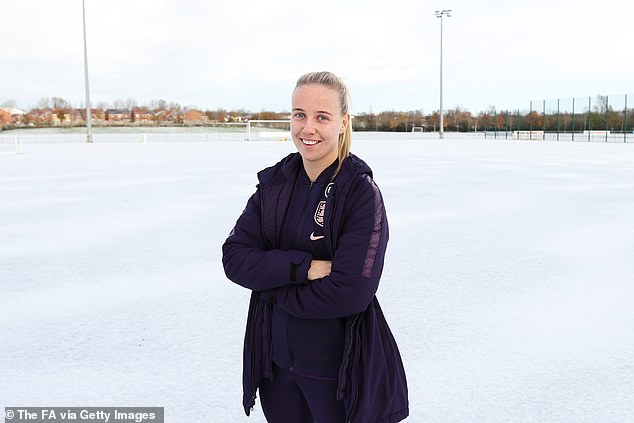 Beth Mead, at Newcastle’s frozen training pitch, was ‘not surprised it happened up north’

In the end, the Lionesses travelled down to Doncaster early and were able to train at the Keepmoat Stadium, where they will face Latvia.

England, who have won all five of their games under Wiegman, beat Latvia 10-0 in their previous meeting in October and another high scoreline is expected.

It could also be a record-breaking night for Ellen White, who is one goal behind the Lionesses’ all-time leading goalscorer Kelly Smith.

‘It would be really nice if she scores a record goal,’ said Wiegman. ‘But we just have to score goals – it doesn’t really matter who scores the goals, as long as we score a lot of them.’ 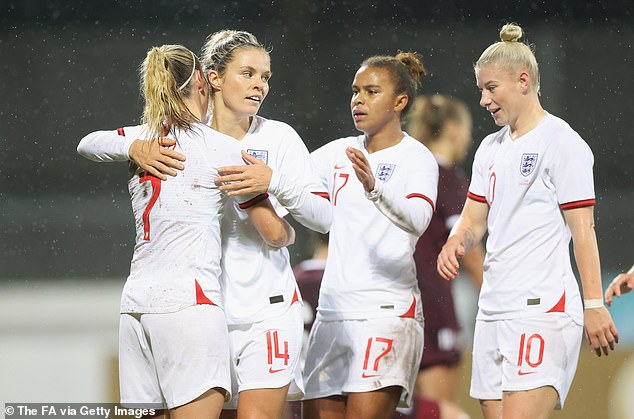