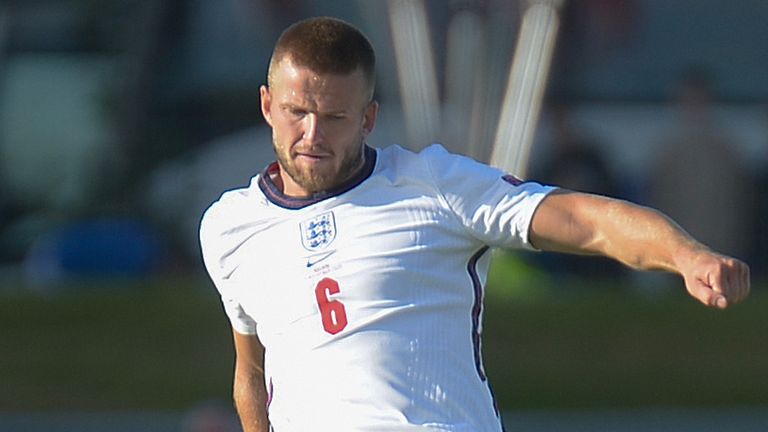 Eric Dier insists there is more to come from him and England as the Tottenham star looks to fulfil his potential ‘to the maximum’ as a centre-back.

Dier, who joined Tottenham from Sporting Lisbon as a central defender back in 2014, has recently impressed playing as a centre-back under Jose Mourinho after a number of successful seasons as a defensive midfielder for club and country.

The 26-year-old, who played as part of back three in England’s 1-0 win over Iceland last Saturday, played some of his best football in midfield for Spurs under former boss Mauricio Pochettino. He also made his England debut in the position back in 2015, but, after positive conversations with Pochettino, current club boss Mourinho and England manager Gareth Southgate, he is ready to take his game to the next level as a defender.

“People are a bit confused on the subject,” he said in an interview with Sky Sports‘ Patrick Davison.

“Since I was eight years old, that’s where I’ve played. When I signed for Spurs it was as a centre-back. Obviously, I had a great season in midfield and during that season the Tottenham team was built in a way which suited me to play in that position, but as time went on it developed into something else.

“The conversation I always had with the previous manager at Spurs was about that transition back to centre-back and it got to the point where I felt like the time was right and I needed to make that transition. I feel like it’s my position, where I’m most confident and where I can fulfill my potential to the maximum. 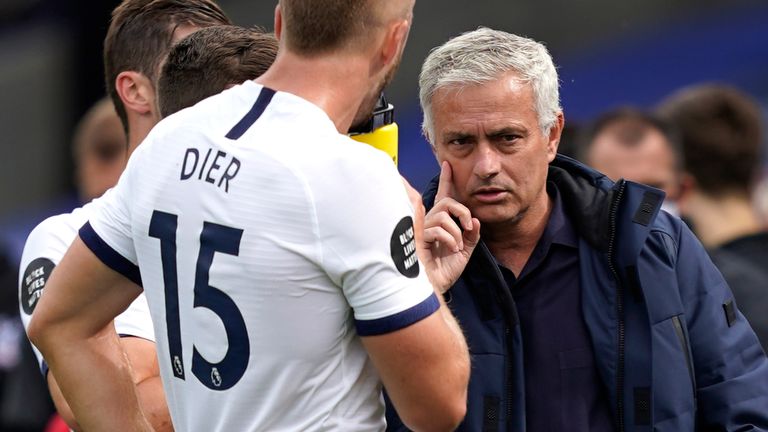 “We made a decision together. I told him immediately since my arrival, ‘Let’s go in a certain direction but I think you are not ready, so let’s try to go back to a certain level being a midfielder but always with an eye of transforming you as a centre-back’, which is where he feels happiest.”

He added: “I’m still willing to play anywhere if that means the team are successful and that’s what the manager would want, but I just felt, being 26 and relatively young still, it was time to become a specialist in a position. Otherwise, I feel you can let the years pass you by and you can let your career pass you by jumping around.

“I feel like it was the right time to become a specialist in one position, and as I said before, it’s a position where I feel I can fulfill my potential to the maximum. It’s kind of enough talking about it and just proving it with my performances on the pitch, but I feel very happy with where I’m at and I just want to keep building on that.”

Dier played every minute of football for Tottenham since the Premier League restart, becoming a key figure in Mourinho’s Tottenham.

However, this came after a difficult 18 months for the England international – who struggled with injury, illness, disciplinary issues and a dip in form – but he is ready to embark on a ‘new journey’ and build on his recent good form to cement his position at the heart of defence for club and country for years to come.

“It was a very difficult year and a half for me,” he said.

“Before lockdown, I felt like I was really getting back on track and then post lockdown I continued that. I’m happy to be where I’m at right now. I feel good and to be back with England is one of those stepping stones I wanted to get to after the year and a half I had.

“I’ve said it a few times, I feel a bit like that 20-year-old that I was when I arrived at Tottenham. I have that kind of energy now. I’m really focused on my goals and my objectives for the future and I’m just working every day, working as hard as possible to try and fulfill the potential that I think I can.

“I’m happy with where I’m at with my club and trying to replicate that for England. But, as I said, I think there’s a lot I can still improve on, a lot I can get better at and I think it’s the beginning of a new journey for me.” When asked if there’s a clear way forward for him at centre-back at Spurs and with England, he added: “There’s a path forward for anyone.

“Pochettino gave me the best advice on this was I was young, he said to just focus on club form and doing well at your club and let everything else take care of itself. That’s what I’ve tried to do. I’m not at Tottenham and thinking about how I’m playing for my club to get into the England squad. I don’t think that’s the right mentality to have. You need to focus on your form for your club and then hopefully gain that recognition at international level.

“But there is competition for places in every position. I think the depth of the squad in general and the players that aren’t here, there’s depth in every position. It’s great for competition and it’s great to increase your performance and I hope that it does it for me. I want to push myself as much as possible. It’s enjoyable to have players around you of great quality to push you.

“I believe in myself, I’m confident in my anility so it’s just a question of trying to be the best I can be.”

And what about England’s future chances of success? World Cup semi-finalists, Nations league semi-finalists and the European Championships and another World Cup on the horizons in what is set to be an exciting few years for Southgate’s side, and Dier insists there is plenty more improvement to come. 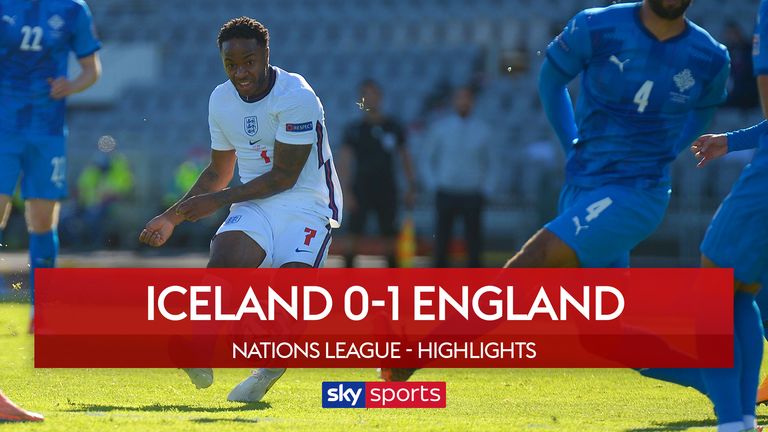 “From the time we played Iceland in 2016 things have changed a lot,” he said.

“I always felt England teams in the past were always very good in qualifying and very good at beating a certain level of opponent, but when it got to the best of European and World football, we always seemed to struggle, even in friendlies. 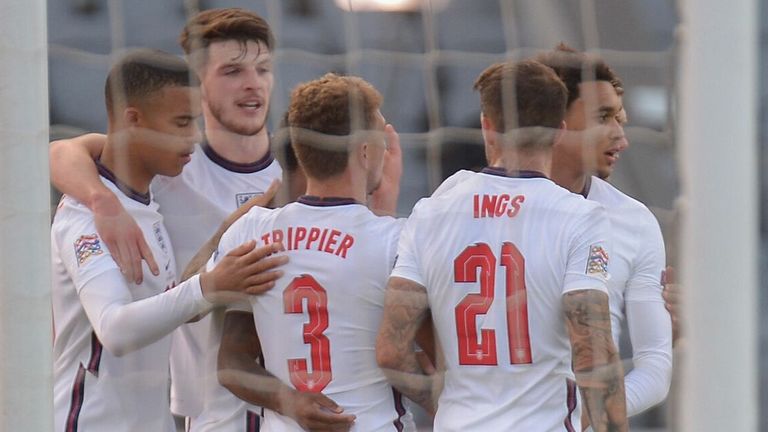 “I feel like that’s really changed. I feel like we’re competing in every game, which is the most important thing. We went to Spain and won, we beat Croatia in the Nations League and drew with them away. Those kinds of games, I felt like England teams of the past weren’t competing in. We definitely are and we’ve earned the respect of those nations.

“He’s continuously talking about pushing and trying to improve as a team, and trying to break down those barriers, which we have done but there is a lot more to do.”

Watch Denmark vs England live on Sky Sports Football from 7pm on Tuesday; kick-off at 7.45pm

How to watch Nations League on Sky Sports

You will be able to watch all 162 Nations League matches live on Sky Sports – plus the semi-finals, third-place play-off and final. Games will be shown across our main channels and via the red button.

For a full rundown of Nations League fixtures and where to watch them on Sky Sports head to our fixture page.