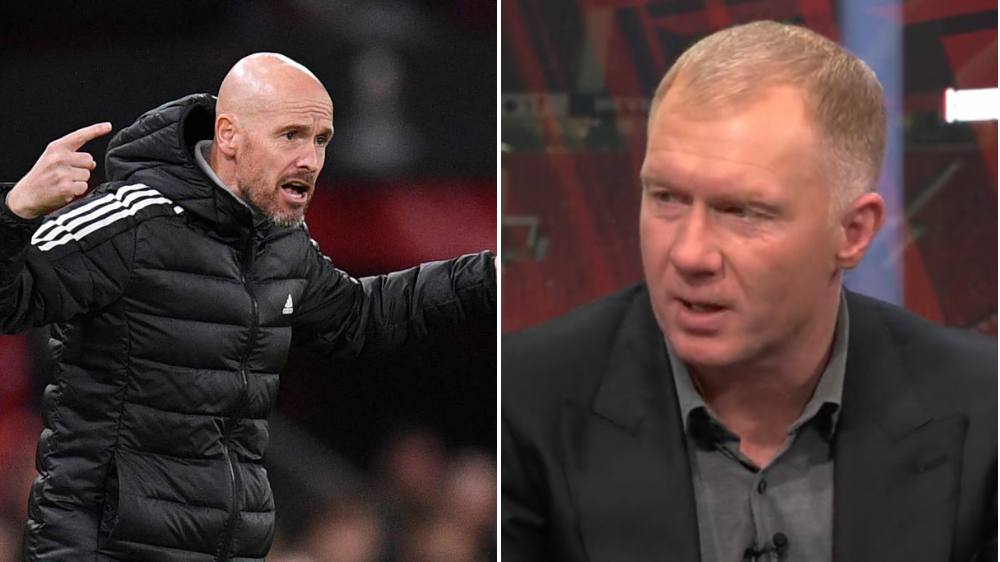 Paul Scholes believes Erik ten Hag was ‘frustrated’ with his Manchester United players after they needed an injury-time goal to beat Omonia in the Europa League.

Cypriot minnows Omonia looked set to secure a famous draw at Old Trafford on Thursday night as goalkeeper Francis Uzoho produced an inspired performance to frustrate the home side.

Manchester United’s hopes of qualifying as group winners would have been dealt a substantial blow had they failed to beat Omonia, although they will still need Real Sociedad to slip up to stand a chance of finishing top of Group E.

In his post-match interview on BT Sport, Ten Hag was asked whether winning was the only thing that mattered on Thursday night and replied: ‘No, it’s not because football is about scoring goals.

‘We created so many chances but we only hit the back of the net once. The team are patient, they kept creating and then they scored.’

Old Trafford legend Scholes felt this was proof that Ten Hag was ‘frustrated’ with his players and admitted United avoided an ’embarrassing’ outcome thanks to McTominay’s late goal.

‘I think he’s frustrated,’ Scholes said. ‘He was expecting a 4-0 or a 5-0 tonight, like we all were. He’s frustrated with his players.

‘It’s okay keeping the ball, creating chances, but if you don’t score goals you don’t win games. That will be frustrating him. They can’t afford to be so wasteful going forward because that could cost them.’

Scholes added: ‘It’s the right result because Manchester United were so dominant in both games.

‘That injury-time goal has saved themselves real embarrassment though. Francis Uzoho made some good saves but nothing you wouldn’t expect in the Champions League.

‘Manchester United had more than enough chances but their finishing just wasn’t there tonight.’

McTominay, meanwhile, hailed Omonia shot-stopper Uzoho over his ‘class’ performance at Old Trafford and admitted his late strike was a ‘massive goal’ for the club.

‘I wasn’t on the pitch for the majority of the game but sometimes you think it’s not going to be your day. The team spirit is good though and no one ever gives up. It’s a massive goal because we need to win the group.’