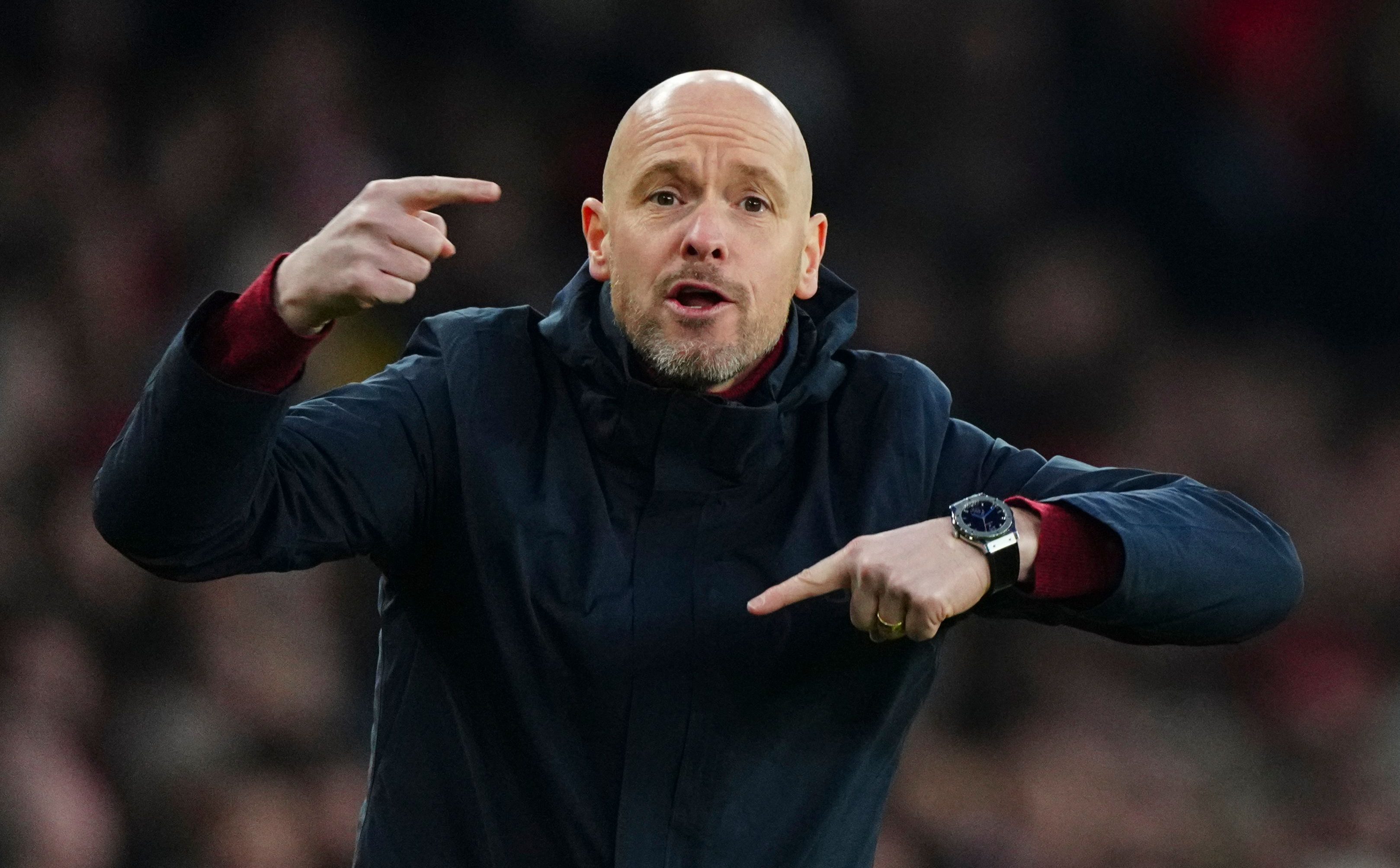 Erik ten Hag has pledged to do everything in his power to help Manchester United end their worst trophy drought in 40 years, as they go into a Carabao Cup semi-final against Nottingham Forest tonight.

United enjoyed an incredible period of success under former manager Sir Alex Ferguson but have only picked up three trophies since he retired a decade ago and have not won anything since  beating Ajax to claim the Europa League in Stockholm in 2017.

That six-year wait for silverware is the club’s longest since the gap between FA Cup wins in 1977 and 1983. Now boss ten Hag wants to give younger fans a taste of the glory to which older supporters have become accustomed.

Ahead of tonight’s first leg at the City Ground, ten Hag said: ‘It’s the best feeling you can have, winning a trophy.

‘I had the luck in my career to win some trophies and it’s magnificent, especially for the fans. It’s so great and I think the fans here have some experience, especially the older ones.

‘But now it is a period [when] Manchester United didn’t win trophies and it is too long ago. We are aware of that fact and we have to do everything to bring a trophy in.’

United have played in six semi-finals since that Stockholm success six years ago, losing the 2018 FA Cup final and 2021 Europa League final.

Now they want silver as they return to play at Forest for the first time since Ole Gunnar Solskjaer scored four goals off the bench in an 8-1 league win in 1999, another step on the road to their iconic Treble that season.

‘It’s a long time (since United played there) eh?’, ten Hag added. ‘But I think we like that – a fanatic audience is nice to play for. It will be a good atmosphere and I think it will motivate the players and we have to get ready for that.

‘It’s about winning trophies, so we have a good opportunity, but you have to go game from game, so (we must) focus on the first leg.