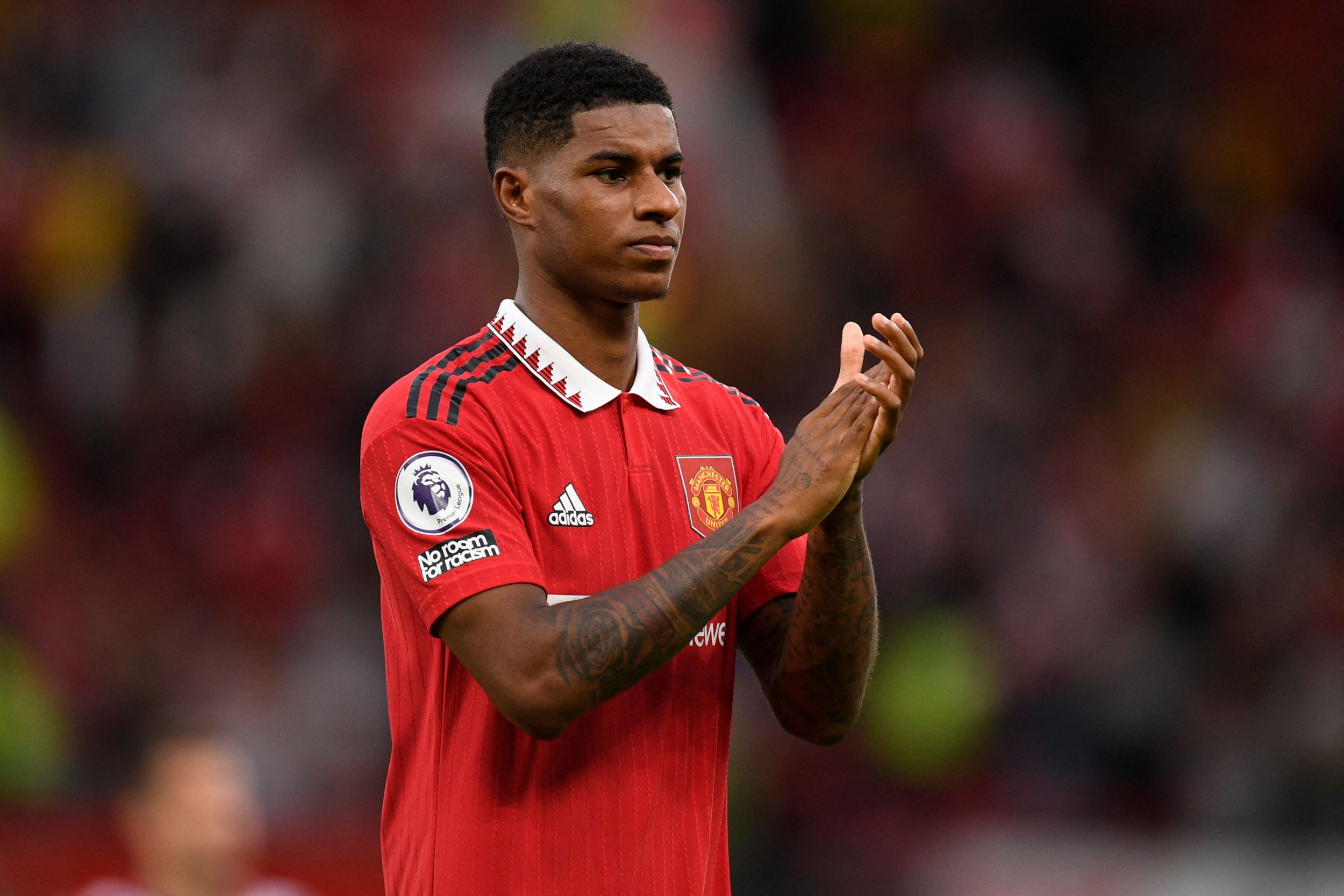 Erik ten Hag has played down the severity of Marcus Rashford’s injury ahead of Manchester United’s Europa League clash against Sheriff Tiraspol on Thursday evening.

The 24-year-old is not part of the United squad which has travelled to Moldova, while Anthony Martial, Donny van de Beek and Aaron Wan-Bissaka are also absent.

Rashford has impressed in recent weeks with three goals and two assists in his last four appearances, but the forward suffered an injury in the 3-1 win over Arsenal on September 4 and subsequently missed the 1-0 defeat to Real Sociedad in the Europa League last Thursday.

He will now miss United’s Europa League match against Sheriff but Ten Hag’s side have a free weekend after their Premier League clash with Leeds United was postponed.

When asked about Rashford’s absence from the squad, Ten Hag said on Wednesday: ‘He’s not available, a consequence after Arsenal. He has a muscle injury.

‘It’s not really bad, we expect him quite soon to be back in the team.’

‘That’s quite obvious and quite clear, yes,’ said Ten Hag.

‘He played really good seasons and I think in this season he had a great comeback and showed his great potential and quality.’