Erling Braut Haaland hasn’t “burned any bridges” with Manchester United and could end up signing for the Red Devils this summer, according to ESPN pundit Rob Dawson. Haaland could leave Borussia Dortmund this summer due to his release clause with the German side.

Haaland has been on fire this season, having cost Dortmund just £18million.

The Norwegian teenager sparked a transfer bidding war among European clubs ahead of the January window, having burst onto the scene early in the season.

He bagged 16 goals in 14 Austrian Bundesliga games before making the switch to Dortmund, and was linked with a host of other teams.

United were believed to be desperate to sign the teenager, with Ole Gunnar Solskjaer keen to bolster his attacking options.

JUST IN: UEFA to postpone Champions League and Europa League until July due to coronavirus fears 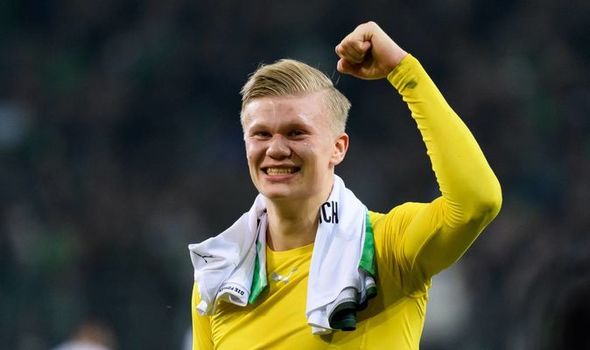 And Dawson explained on ESPN FC that United don’t have any hard feelings over his decision, remain keen on signing him, and will try to do so in the summer.

Haaland’s agent, Mino Raiola, reportedly insisted on having a release clause inserted into his Dortmund contract allowing him to leave at any point once it is triggered.

That release clause is said to be a modest £63m, and it is expected that Real Madrid will also look at signing him once the window opens.

“He hasn’t burnt any bridges with Manchester United,” Dawson stated.

“There were some discussions about him possibly going there.

“Sometimes teams, when you get to that stage and the player moves somewhere else, the teams move on as well.

“That isn’t the case with Erling Braut Haaland. 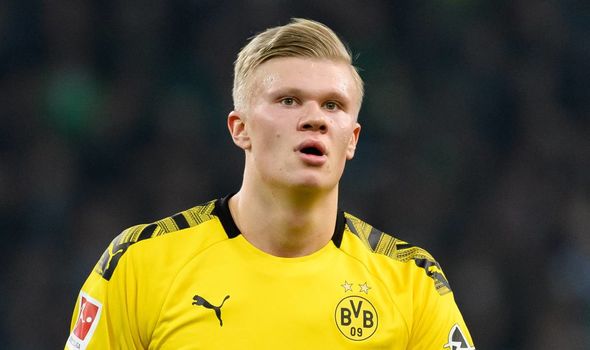 “It’s an area of the squad Solskjaer is very very keen to strengthen.

“If you’re looking around Europe for the best young striker who fits that bill, Haaland is one of them, that’s why they’re so interested.”