Erling Haaland is a Real Madrid transfer target with Zinedine Zidane eager to sign the Borussia Dortmund star, reports say. And it’s claimed he could head to the Bernabeu in order to team up with close friend and rising star Martin Odegaard. The Norway international has flourished on loan at Real Sociedad this season.

Haaland was a relative unknown a year ago but, over the past 12 months, the 19-year-old has established himself as one of the deadliest players on the planet.

He scored 28 goals from 22 games for Red Bull Salzburg before choosing to join Dortmund during the January transfer window.

The teenager has continued his stunning form over in Germany, scoring 13 goals from 12 Bundesliga matches to spark interest from Europe’s elite.

Real are on the lookout for a new striker to replace Karim Benzema, with the France international on the wane.

They’re also expected to lose Luka Jovic this summer. The Serbia international has endured a nightmare first season at the club since arriving from Eintracht Frankfurt in the summer.

And Diario Madrisita claim Real are eager to bring Haaland to the Spanish capital come the end of the season. 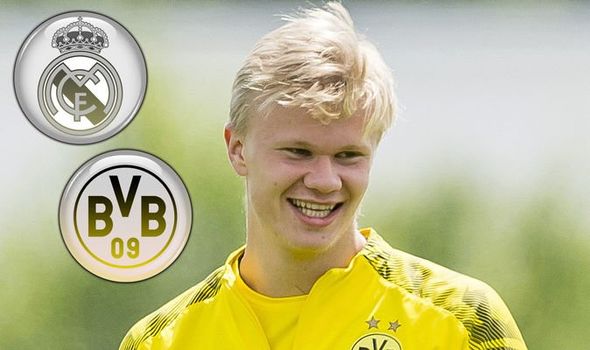 It’s suggested he could choose to move to Spain in order to team up with compatriot Odegaard, who is finally living up to his potential.

Real signed the playmaker back in January 2015, giving the midfielder a contract worth £50,000-a-week despite him being just 15 at the time.

He’s had to work hard in order to realise his potential, suffering setbacks aplenty along the way.

But Odegaard has sparkled on loan this season at Real Sociedad, suggesting he may be able to live up to lofty expectations after all. 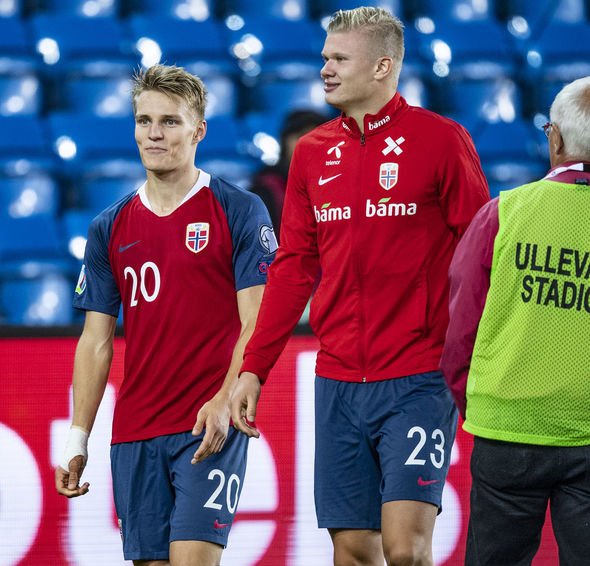 And he’s impressed in the Copa del Rey, too, scoring three times and clocking up three assists from six matches in total.

Norway are hoping that Haaland and Odegaard can spearhead a bright new era for the country.

And Real, it seems, could have both players in Zidane’s squad by this time next year.

They have, however, been scrutinised by former Haaland coach Alf Ingve Berntsen for missing out on Haaland when he was available in January.

And Berntsen thinks the teenage talent would be the ideal fit for Jurgen Klopp’s Liverpool, saying: “I’m a fan of Liverpool, so of course I would like to see him play for them.

“English football is by far the most popular in Norway.

“And most young Norwegian footballers dream of playing in the Premier League, as did Erling’s father (former Leeds and Manchester City midfielder Alf Inge Haaland).

“I sincerely believe that he has the skills to play at such a club.

“I don’t know what the strategies of Real Madrid, Manchester United or the other big clubs are with regard to Erling. But if I had been responsible for the six to eight best clubs in the world, I would have bought him immediately.

“He is already very good, he has shown a great personality, he scores a lot of goals whatever the level of the opponents, and he is only 19 years old.

“He will continue to develop and in two years he will be one of the best.”