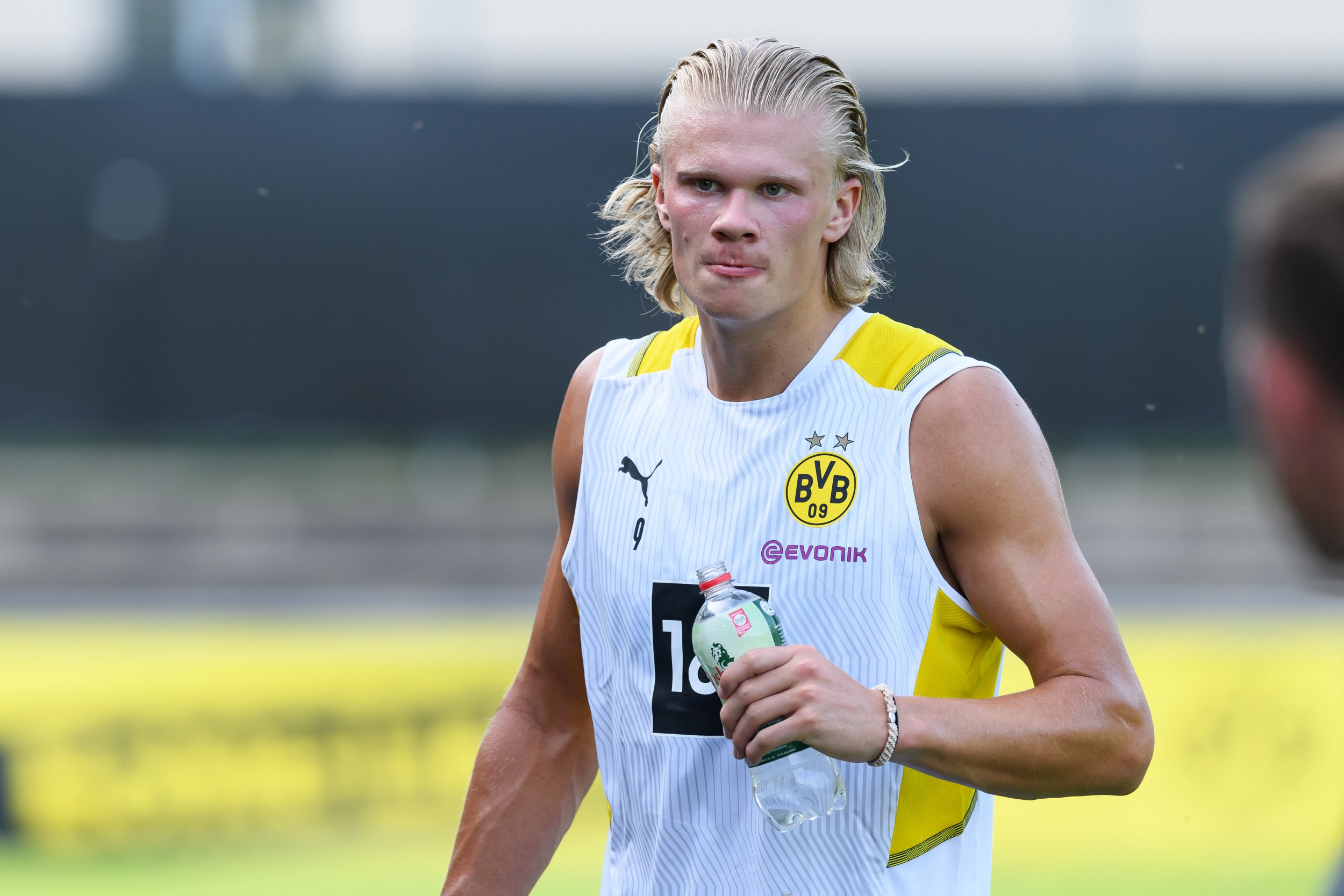 Erling Haaland says he ‘hopes’ Chelsea are not planning a £150 million bid to sign him this summer.

Chelsea have made the Borussia Dortmund striker one of their top targets for the summer window with Thomas Tuchel keen for the club to recruit a new forward.

However, any deal for Haaland is likely to cost Chelsea at least £150m this summer, while Dortmund are adamant that the 21-year-old will remain with them for at least another season.

When asked about his with a move to Chelsea at Dortmund’s training camp in Bad Ragaz, Switzerland, Haaland told reporters: ‘I haven’t spoken with my agent in a month. You might have the answer.

‘I am a normal person. That’s a lot of money for one person. I hope there is nothing in it.’

Speaking earlier this month, Dortmund’s head of first-team football, Sebastian Kehl, insisted maintained the stance that Haaland would not be sold this summer.

‘I have also read about the sum, but for us nothing has changed on this matter,’ Kehl said.

‘We are planning firmly with Erling, this has also been clearly communicated to him and his advisor.

‘He wants to play football, he feels comfortable with us and is hungry to score many goals for us this season.’