‘It will only get better in years to come’: Erling Braut Haaland praises partnership with Norway team-mate Martin Odegaard as Dortmund striker nets stunning hat-trick in 4-0 Nations League thrashing of Romania to make it 51 goals in his last 48 games for club and country

Erling Braut Haaland scored a hat-trick to make it six goals in six international games as Norway thrashed Romania 4-0 in the Nations League.

The 20-year-old’s treble on Sunday means he has scored 51 goals in his last 48 games for club and country as the Borussia Dortmund striker continues his devastating form in front of goal.

Two of the goals in Oslo were assisted by Real Madrid midfielder Martin Odegaard and Haaland paid tribute to the 21-year-old starlet and believes the pair can fire Norway to great success. 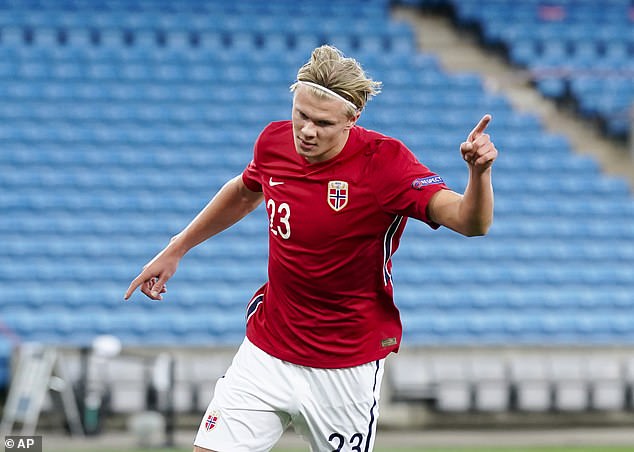 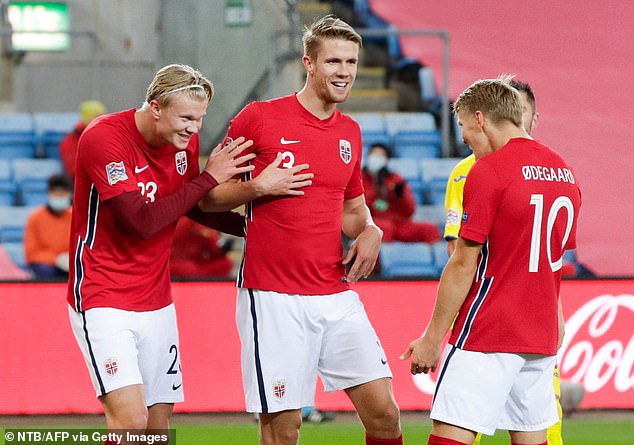 After claiming the matchball against the Romanians, Haaland told TV2: ‘I just have to pay tribute to him a little. Finally he came to his senses and played the ball to me.

‘Yes, I can simply split it (the hat-trick) in two (and share with Odegaard). It’s nice to play with Odegaard. It will only get better in the years to come. We are still young.’

The Real Madrid man added on Sunday: ‘We know that it’s just (a case of) getting the ball in behind.

‘He starts perfectly every time and almost never goes offside. He times it well and always gets there first.’ 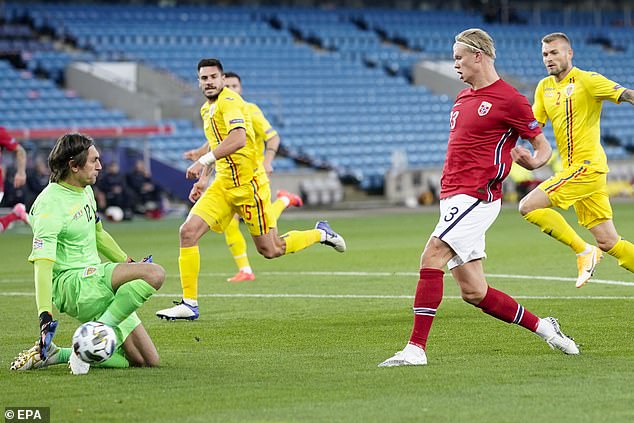 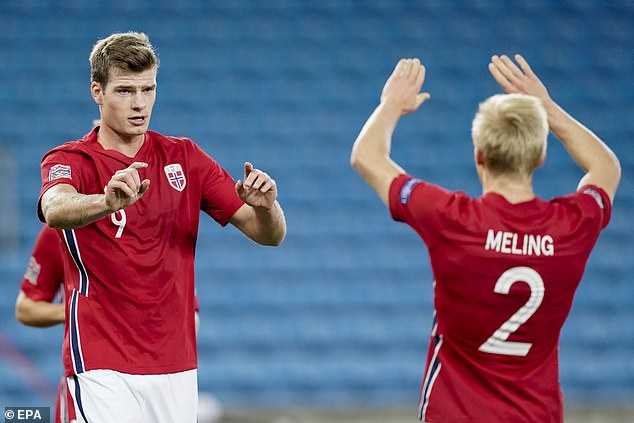 Haaland took just 13 minutes to get his first goal of the game, getting on the end of Odegaard’s incisive through ball which cut open the Romanian defence to edge the ball past Ciprian Tatarusanu.

The striker then missed a great chance to add a second in the first-half, spurning a one-on-one opportunity – before former Crystal Palace striker Alexander Sorloth tapped home a second before the break. 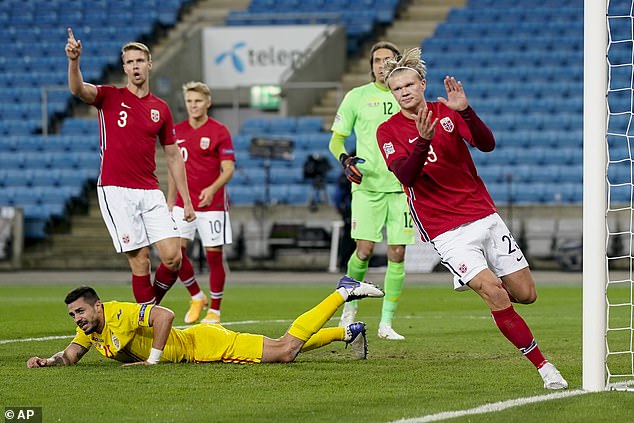 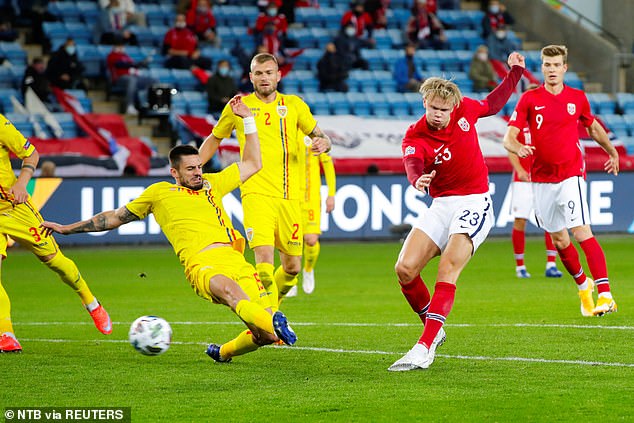 The 20-year-old then missed yet another one-on-one chance before completing his hat-trick and the rout on 74 minutes by shrugging a couple of Romanian defenders off before slamming the ball into the top corner.

The forward celebrated his one-year anniversary as a senior Norwegian international last month though could not steer his country to next summer’s European Championships as Norway were defeated by Serbia in the play-offs last week.

However, the Nations League result on Sunday sees Norway join Austria at the top of Nations League Group B1, with their rivals winning 1-0 away at Northern Ireland on the same evening as Haaland’s heroics.