They were goals scored by a player born in Leeds, celebrated by a former Leeds footballer and, for most at Elland Road, they had a certain depressing inevitability. Of course Erling Haaland struck in his first match in the city of his birth, against the club his watching father, Alf Inge, played for. Unsurprisingly, he found the net at the expense of Jesse Marsch, his manager at Red Bull Salzburg. As Haaland scores against everyone else, he was unlikely to make an exception for a club or a coach close to his heart. There was a late chant of “you’re Leeds and you know you are”. Sadly for the majority present, he was in Manchester City’s colours.

Haaland being Haaland, he did not settle for one: a brace took him to 26 goals in 20 games for City. Perhaps more remarkably, he has 20 already in the Premier League. It is more than Chelsea have mustered and, whatever silverware 2023 brings City, it seems certain to produce a Golden Boot for Haaland.

If this was a happy homecoming for the Norwegian Yorkshireman, it also felt utterly unsurprising. The unexpected element came from Jack Grealish who, having reached Christmas without an assist this season, set up both of Haaland’s brace. If City’s flagship signing of 2022 has seemed permanently productive, their record buy has offered rather less in the final third but they teamed up profitably. 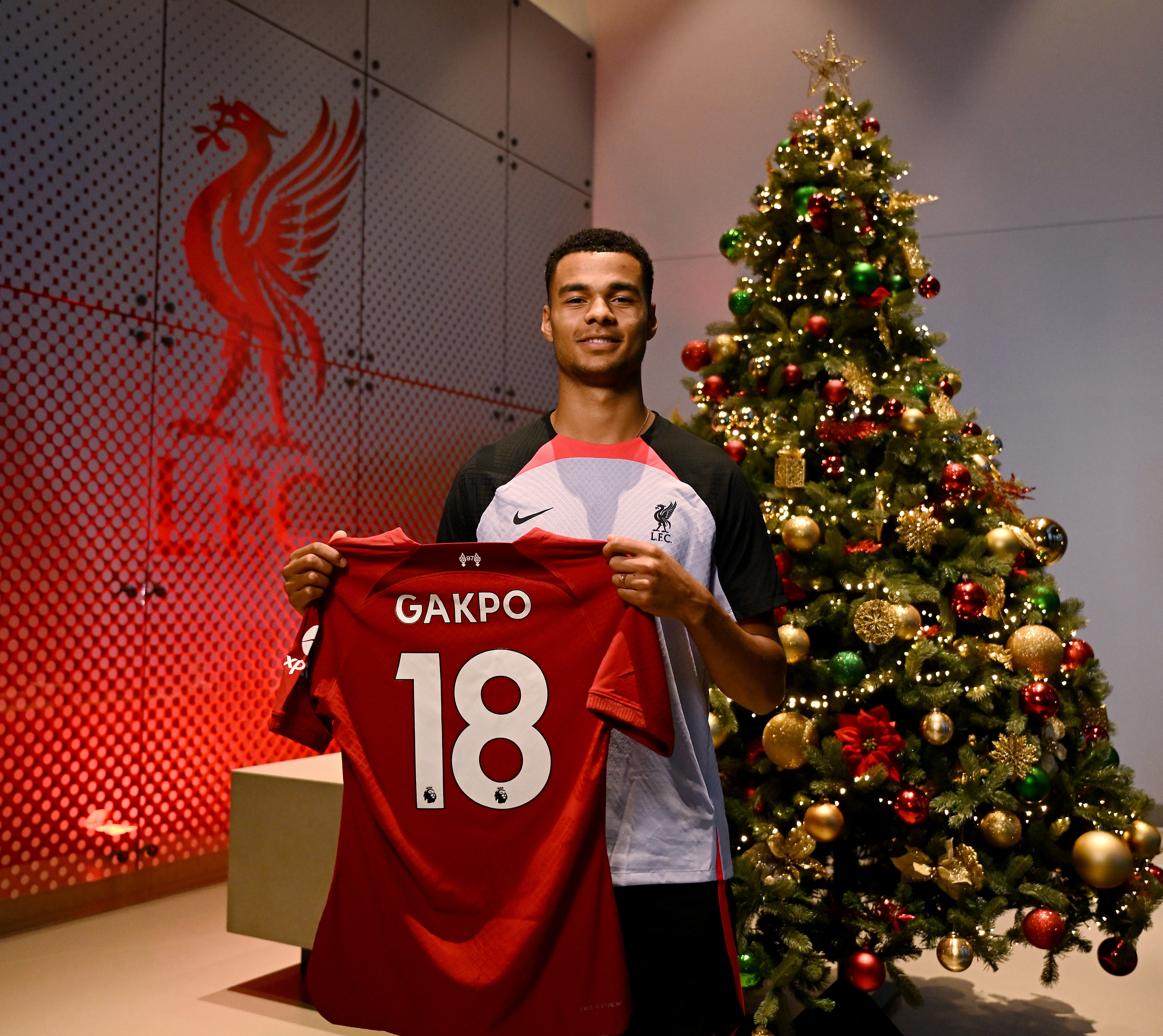 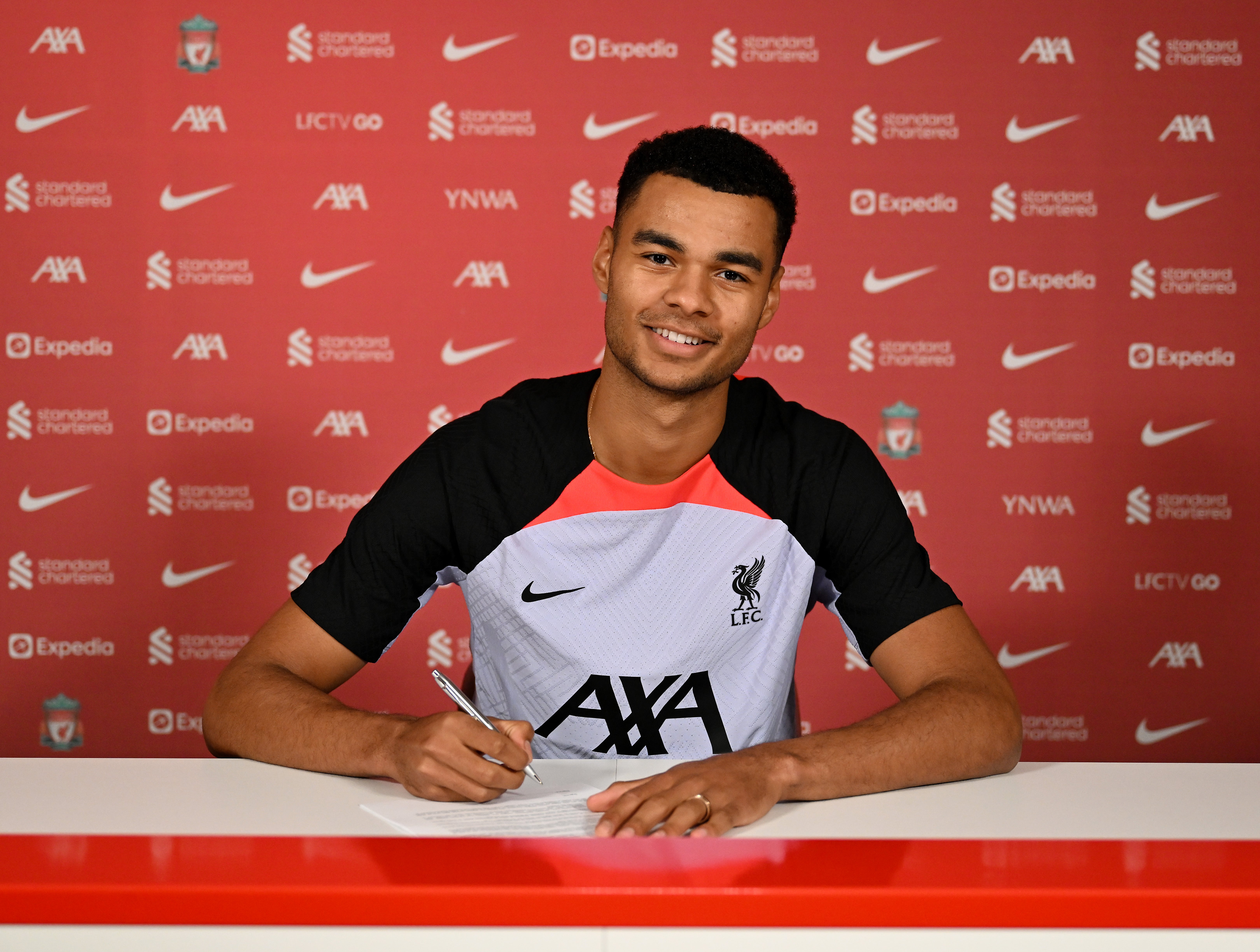 And yet if the most important goal of the game felt like a quintessential centre-forward’s strike, a predatory finish came from a man who had spent the World Cup playing at centre-back. Restored to his regular role in midfield, Rodri broke the deadlock just before the break, capping a swift counter-attack. Rodri ran 80 yards, first meeting Kevin de Bruyne’s pass and then, after he found Riyad Mahrez and the Algerian’s shot was parried by Illan Meslier, tapping in the rebound as what began as an evening of Leeds’ obduracy became something altogether more enjoyable for City, who returned to second place.

But the night had long threatened to revolve around one man and his goals ultimately separated the sides. Marsch had jokingly told his old ally he would not mind if he developed a minor hamstring injury for this match. He had no such luck. But if Leeds were primed to watch out for Haaland, it scarcely boded well that he had his first shot inside 35 seconds, with Meslier taking the sting out of it. The goalkeeper got the better of their private duel again after half an hour when Kevin de Bruyne released Haaland. He denied the striker a hat-trick with a second-half stop, but only being beaten twice by him and after Grealish twice picked him out. 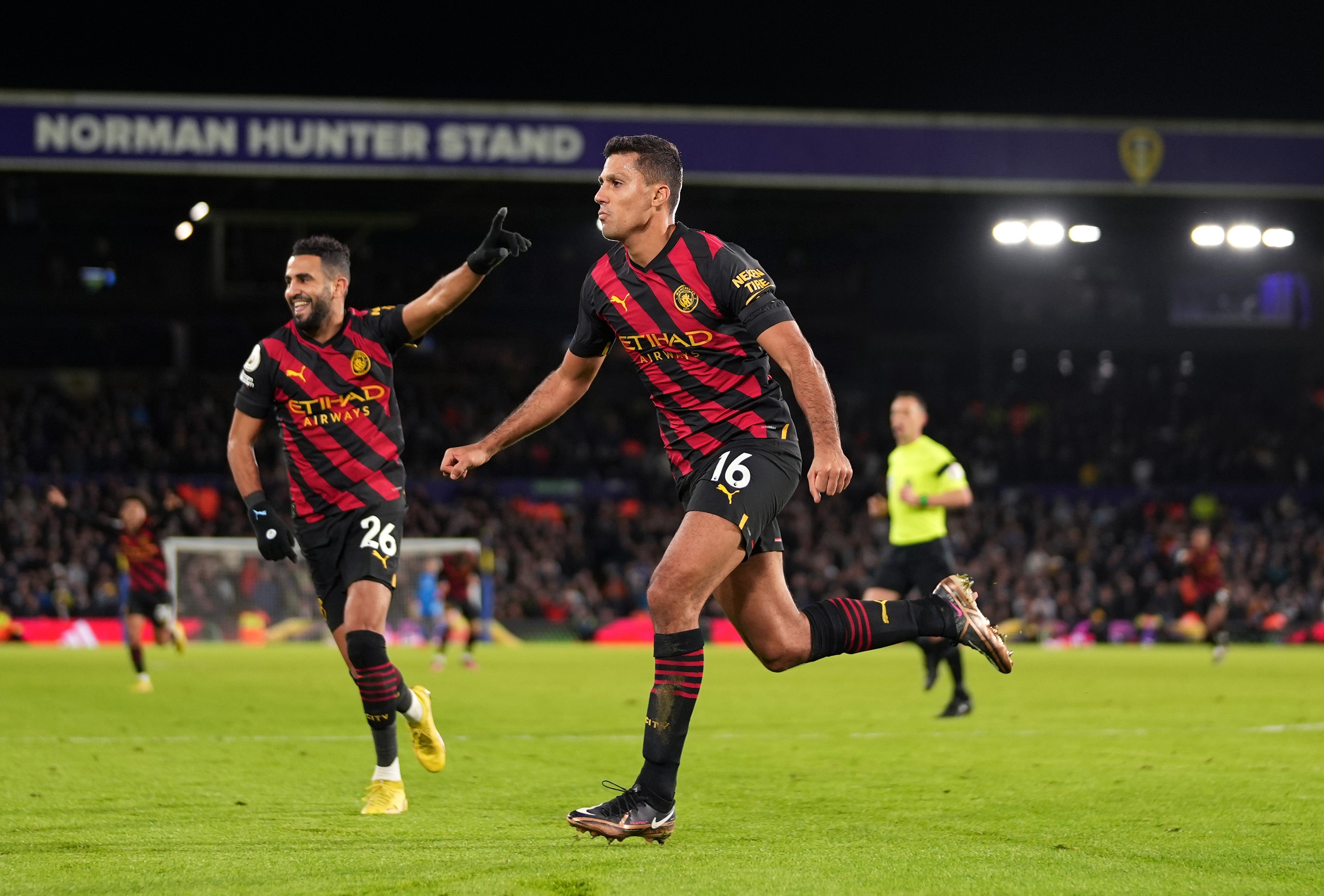 The £100m man anticipated Liam Cooper’s poor pass, nipped in ahead of Robin Koch and accelerated away before having the selflessness to set Haaland up for a tap-in. Then, when Grealish cut the ball back, Haaland stabbed in a shot with his less favoured right foot that the otherwise impressive Meslier probably ought to have saved.

There was a redemptive element to it for Grealish. The first half was notable for two chastening misses by him, both skied. The first, a volley from Mahrez’s cross, went hideously high; the second, from Rico Lewis’ low centre, was an easier opportunity but he cleared the bar again. Yet each came as City applied pressure that led to the first goal.

After Haaland’s first-minute opportunity and Gundogan drilled a shot just wide, City had made a relatively subdued start. Their hosts looked to quieten them. Leeds’ pressing was less ferocious as they attempted to play with more patience. Their previous two league games had each finished 4-3 and they may have taken a frenetic approach to extremes. Marsch had used the World Cup to recalibrate them in a 4-3-3 formation and with a greater emphasis on solidity.

His team were without the suspended Tyler Adams and missed the American’s bite. City were dominant, amassing 24 shots. The precocious Lewis looked assured on his first Premier League start and whereas Leeds had already claimed the scalps of Chelsea and Liverpool this season, there was no repeat.

Yet they rallied when 3-0 down. Leeds’ first attempt on target was Pascal Struijk’s 73rd-minute goal, the defender heading in a corner by Sam Greenwood. As a dramatic comeback suddenly felt feasible, the 20-year-old was the supplier again when substitute Joe Gelhardt rolled a shot just past the far post. Born in Sunderland, Greenwood is a product of Leeds’ youth system. They can but wish Haaland had joined him there.