England defender Luke Shaw has revealed Gareth Southgate’s side will be practising penalties before the knockout stages “to be ready” for a shootout at Euro 2020.

England famously won a World Cup penalty shootout for the first time three years ago in Russia, after defeating Colombia 4-3 on penalties to reach the quarter-finals.

But England have lost three times on penalties in the European Championships, and Shaw says the squad will be preparing for spot-kicks in the knockout stages.

“Of course the last two we’ve had we’ve won them both, which is obviously extremely positive and is going in the right direction. 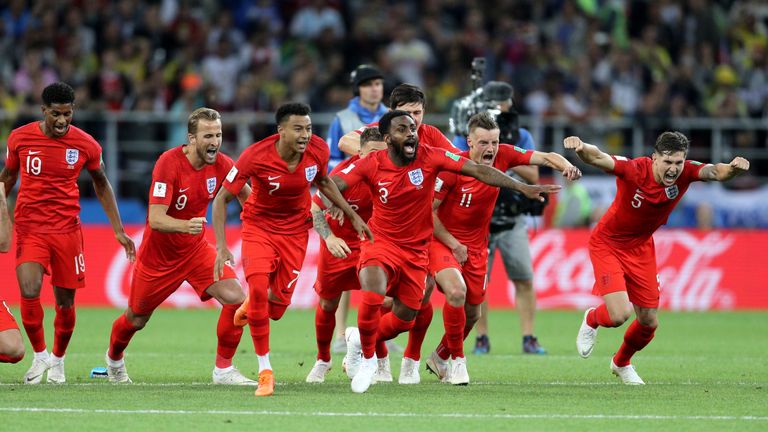 “But for sure we’re going to be practising them. No matter how far the knockout stages are, we need to be ready and practice makes perfect.

“We need to practise what sort of penalties we’re going to do and be ready for that situation when it comes, so that we’re not scrambling about thinking where we’re going to put it or who’s going to take what.”

England begin their tournament on Sunday against Croatia at Wembley after a hectic club season disrupted by the coronavirus pandemic.

Southgate’s side now face the prospect of up to seven matches in 29 days if they are to become European champions, but Shaw has dismissed any concerns over potential tiredness.

The 25-year-old said: “Of course it’s been a very hard gruelling season with a lot of games, but I think that when it comes to a major tournament for your country I think fatigue goes out of the window.

“Fatigue isn’t an option really. We’ve got amazing settings here with the recovery stations and the staff who are putting unbelievable things into place.

“I’m pretty sure everyone’s going to be 100 per cent ready for each game no matter how many games there are.”

Transfer news: The best free agents your club could snap up this summer