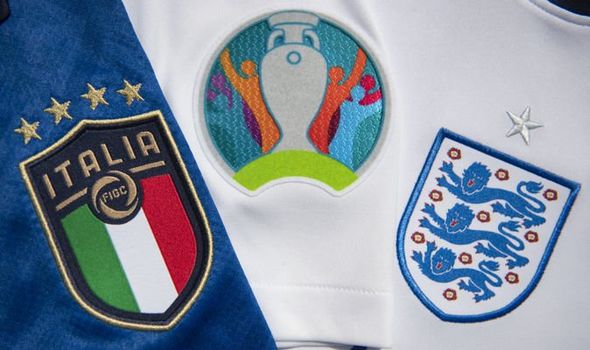 UEFA have confirmed that the last batch of tickets for the Euro 2020 final between England and Italy will go on sale today (Saturday July 10) at 1pm.

England have made their first final of a major tournament since the 1966 World Cup and with the showpiece occasion being held at Wembley in north London, demand is naturally unprecedented.

The Three Lions have already defeated Croatia, Czech Republic, Germany and Denmark at Wembley so far this tournament.

And with it hoped that football will come home with a defeat of the Italians under the arch of the national stadium, fans are desperate to get their hands on tickets for the historic game.

More than 60,000 fans attended against Denmark and a similar amount are expected against Italy, with it having been confirmed the capacity will not be extended to allow a sold-out stadium.

Touts have been selling tickets at prices of up to £15,000 each but UEFA still have some yet to be sold at standard prices, which range between £81 to £808.

A UEFA statement on the governing body’s official website read on Saturday afternoon: “The last remaining tickets for the UEFA EURO 2020 final will go on sale via EURO2020.com/tickets on Saturday 10 July 2021 at 14:00 CEST (13:00 UK time).

You can make your way to UEFA’s ticket portal to see if you can get your hands on a ticket here, though there are expected only to be a limited number available.

Around 1,000 Italy fans will be allowed to attend Sunday’s clash but they must travel in and out of the UK on the day while remaining in a bubble.

The fans will be closely watched by stewards at all times and will be segregated away from other fans and the general public.

They will also have to quarantine for five days upon their return to Italy.

England fans attending the match require proof of a negative lateral flow test or proof of full vaccination or of natural immunity.

Jubilant scenes can be expected up and down the country should England win their first trophy in 55 years.

But London Mayor Sadiq Khan is keen to keep on top of a potential surge in Covid cases, and said after the Denmark game: “My message to all those celebrating last night who could not keep their social distance is please today take a test. You can pick up a lateral flow test from the chemist or a PCR test as well online.

“It’s important we don’t inadvertently in our desire to celebrate pass the virus on. This virus is invisible.

Salah ‘wants to leave Liverpool’ and decides on next destination