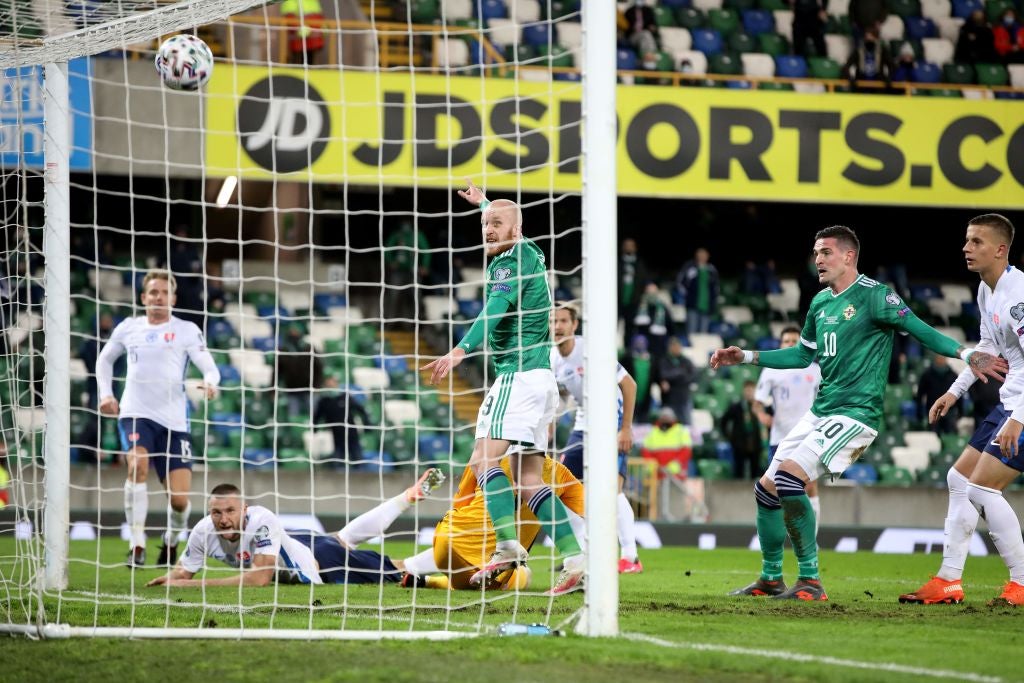 The leveller came with two minutes left. Paddy McNair raced into the box from the right, looking to feed substitute Boyce, but it was Skriniar who turned the ball into his own net.

Lafferty then fired against the post as Northern Ireland sought an unlikely winner before the 90 minutes were up, but instead the game went into extra time.

Their efforts began to take a toll. Craig Cathcart went off holding his groin in the 97th minute, while McNair followed soon after, suffering from cramp.

The energy faded from Northern Ireland as they went, and the hammer blow came 10 minutes from time as Duris struck.

Inevitably there was a late chance to level, with Thompson’s cross picking out Evans six yards from goal, but the exhausted defender could not find the power needed to beat Rodak.