Spain look strong… outside the box 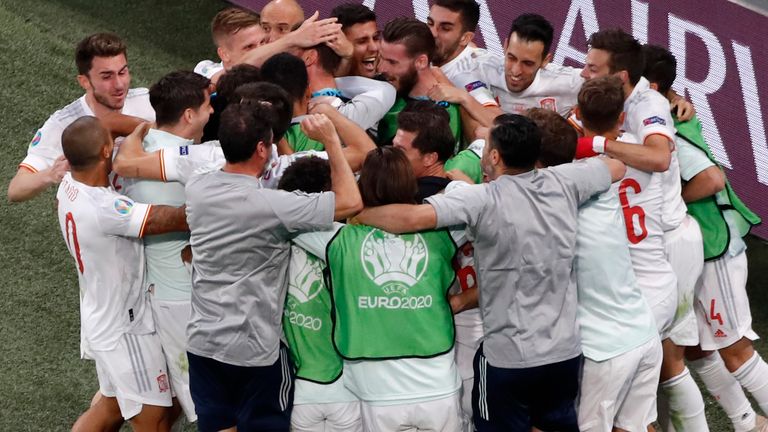 Outside both penalty areas, Spain were magnificent on Friday. Their build-up through the lines and out wide was slick; Pedri, Koke and Sergio Busquets were bright, and Jordi Alba a massive nuisance down the left.

It was like watching the old Spain, until the ball entered the area.

In truth, this game should never have gone to penalties. Spain were let down by another defensive error, and poor finishing.

Gerard Moreno had six shots off the bench, three of which were clear-cut chances, and looked lacking in confidence. Despite hitting 30 goals for Villarreal last season, the 29-year-old has had 15 shots at this tournament without scoring.

But along with the comical Pau Torres-Aymeric Laporte mistake that led to Switzerland’s goal, Spain will hope these are mere superficial improvements.

They showed a clear pattern of play and will dominate the ball against any of the sides left in the tournament. We know possession is no longer nine-tenths of the law in football, but on evidence of the last three games, Spain will create plenty of chances.

After the chaos of preparing for this tournament – the Covid outbreak and general apathy towards this side from the Spanish publish – Luis Enrique’s side will fancy themselves.
Gerard Brand

Italy edging closer, one game at a time 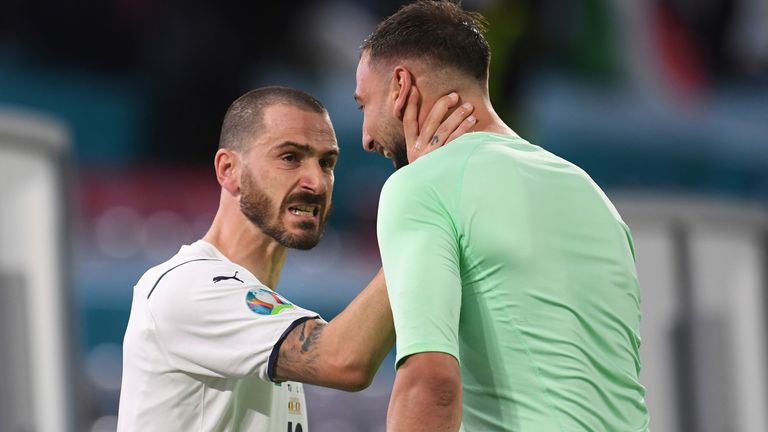 Roberto Mancini had vowed that his side would play their own game against the nation that topped the FIFA world rankings, and he was true to his word as Italy won an exhilarating contest with Belgium to book their place in the semi-finals.

Mancini’s team conceded their first goal in 19 hours and 28 minutes against Austria in their last-16 victory, but their quarter-final opponents were a step up in class.

After that extra-time reality check, Italy have now extended their longest ever unbeaten run to 32 games, winning each of the last 13 in a row.

Roberto Martinez looked to surprise Mancini by starting the teenager Jeremy Doku in place of the hamstrung Eden Hazard but it was the Azzurri who took control after a frantic opening 10 minutes.

Belgium, like the Italians, had won all four of their opening games but having underwhelmed at Wembley against Austria, Mancini refrained from any conservative tactics and was rewarded for his courage.

“I don’t think we suffered too much in any moment of the game,” he said. “To beat a team like Belgium, you need a great performance by everybody and this is exactly what happened. 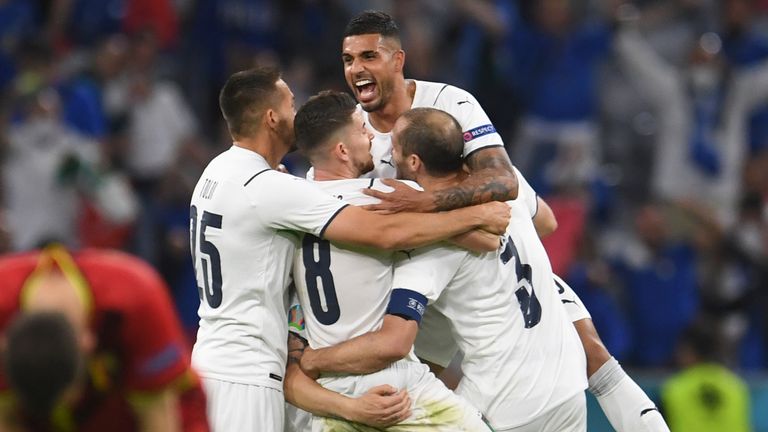 “We scored two and we could have scored more. I think the victory is fully deserved. Spain are next but the more you go forward the most difficult it becomes.”

The 2-1 victory at the Allianz Arena means Italy have become the first team in European Championship history to win 15 consecutive games.

Mancini had his own piece of history too, becoming only the second coach in the competition to win each of his first five finals matches after Michel Hidalgo, who won all five of his matches in charge of France at the 1984 edition.

Spain will prove another stiff test, made tougher by the news that Leonardo Spinazzola sustained a suspected rupture to an Achilles tendon as he was forced off the field in the second half.

Mancini gathered his team at the final whistle to point a single finger in their faces: ‘One game at a time.’ There were joyous scenes with the supporters, but the manner in which Italy were so composed throughout tells you no one is getting carried away.
Ben Grounds 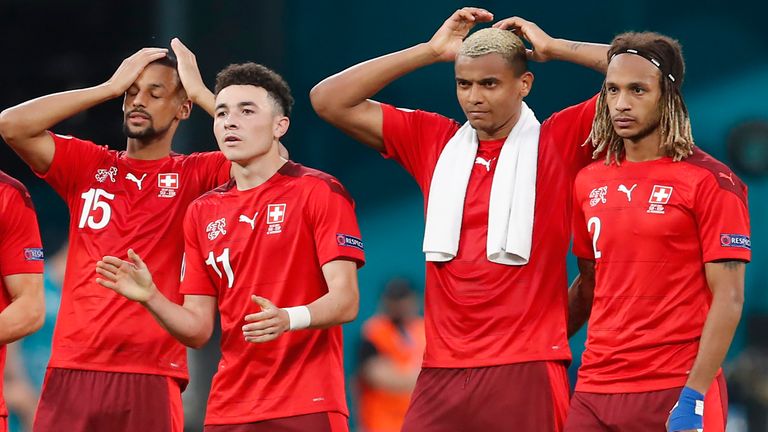 Switzerland faced strong criticism after their meek 3-0 loss to Italy in the group stage. But they exit Euro 2020 having quietened those critics. Vladimitr Petkovic’s side were not just here to make up the numbers after all.

The Swiss, who beat Turkey 3-1 to claim their place in the knockout stages before coming back from the dead to defeat favourites France on penalties in the last 16, produced another spirited display in challenging circumstances against Spain on Friday evening.

There was no repeat of their spot-kick heroics. In fact, this time they only scored one of their four efforts. But it was hardly surprising that their legs were heavy having gone the distance for the second time in five days – and this time with 10 men.

Spain had dominated the opening stages of the game, taking an early lead through Denis Zakaria’s own goal, but a switch to the four at the back brought the Swiss back into the game they had chances to win it either side of Xherdan Shaqiri’s leveller.

They rode their luck at times in extra time, with Yann Sommer making a string of excellent saves, but their defensive resolve was admirable. Red-shirted players never stopped working for each other and threw themselves in front of everything. In the end, it wasn’t enough. But they can head home with their heads held high.
Nick Wright