On a record-breaking night of European Championship football England discovered they would face Germany in the round of 16 while France, Portugal and Spain all showed their title credentials with Sweden continuing to prove a surprise package at the tournament.

With the four games across Group E and F producing 18 goals, it beat the previous best tally of goals in a single day at the finals which had been 14 back on June 21 of the 2000 edition.

Eight of them occurred in the ‘Group of Death’ with Hungary almost producing a huge shock before they were pegged back to a 2-2 draw by Germany with Leon Goretzka’s strike six minutes from time enough to ensure Joachim Low has at least one more match in charge.

Goals from Adam Szalai and Andras Schafer had Hungary ahead and on course to reach the knock-out phase before their hearts were broken and with France and Portugal playing in Bucharest, the anguish of the crowd was audible when news filtered through of Germany’s second goal.

Those at the Puskas Arena still got to witness history with Cristiano Ronaldo’s two penalties equalling the record of most international goals by Iran great Ali Daei with the two men now level on 109.

A brace from Real Madrid’s Karim Benzema, scoring for his country for the first time since 2015, saw France clinch top spot and it means the world champions take on Switzerland next while third-placed Portugal and Germany in second face hugely anticipated clashes with Belgium and England in the next round.

Earlier in the day a stoppage-time winner from Viktor Claesson saw Sweden pip Spain to top spot in Group E and set up a last-16 meeting with Ukraine.

An Emil Forsberg double had Janne Andersson’s men on course for another win, but Robert Lewandowski showed his prowess in front of goal with two fine finishes to level proceedings for Poland.

With Spain cruising to victory over Slovakia, Sweden were set to progress in second spot while the Poles knew one more goal would send them through as one of best third-place teams. 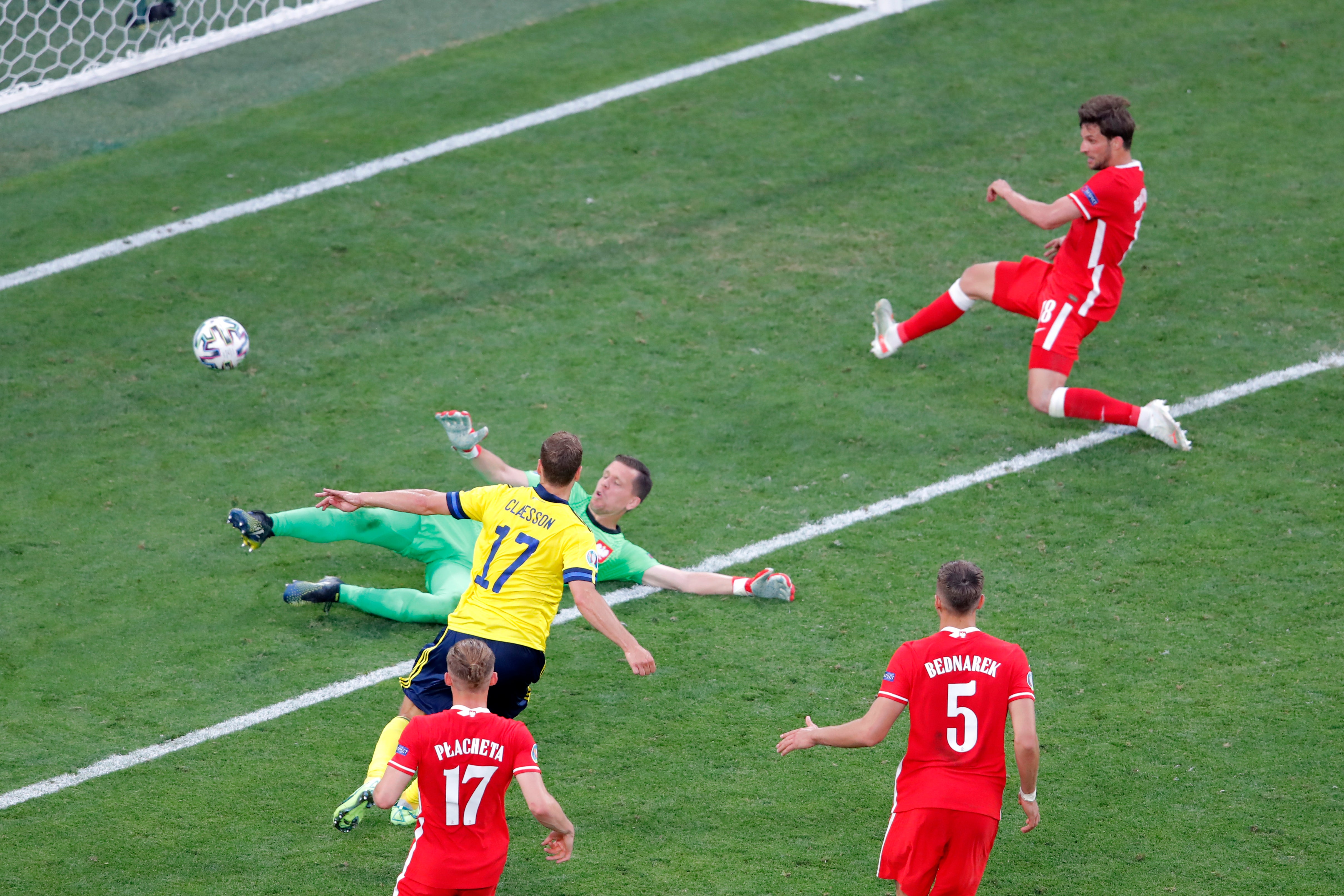 Paulo Sousa watched his players throw caution to the wind but with gaps left open at the back, Claesson took full advantage with a smart finish to seal a 3-2 win.

It rendered Spain’s 5-0 thrashing over Slovakia – courtesy of Martin Dubravka and Juraj Kucka own-goals plus efforts from Aymeric Laporte, Pablo Sarabia and Ferran Torres – a touch less significant but victory for the 2012 World Cup winners sets up a mouthwatering knock-out phase clash with Croatia.

This was the ‘group of death’ and we managed to achieve the second spot and now we travel to England. It’s great news to play in London at Wembley against England