Bayern Munich come from behind to beat Stuttgart, Borussia Dortmund stunned by Cologne; Alvaro Morata sent off after scoring in Juventus draw; PSG salvage draw against Bordeaux but have Ligue 1 lead out of their hands Alaves had won just two league games so far, but went ahead through an early penalty from Lucas Perez.

Los Blancos lost midfielder Eden Hazard to another injury problem after only 30 minutes, and fell further behind after Courtois gifted the visitors another goal early in the second half.

The Belgium international knocked a back-pass straight to Joselu, who slotted the former Chelsea goalkeeper’s stray ball into an empty net.

Despite a late consolation from Casemiro, there was no way back for Zinedine Zidane’s side, who are now six points behind joint-leaders Real Sociedad and Atletico Madrid after 10 games.

Earlier, Atletico Madrid had won 1-0 at Valencia following a late own goal from Toni Lato. Youssef En-Nesyri’s late goal gave Sevilla a 1-0 win at Huesca, which puts them in fifth place.

In Saturday’s early kick-off, Elche forward Lucas Boye scored and was then shown a red card before half-time in the 1-1 draw against Cadiz.

Boye had put the home side in front after 38 minutes, with Elche then seeing a penalty for handball overturned following a VAR review.

In first-half stoppage-time, Boye collected a second yellow card, and Alvaro headed in an equaliser for Cadiz after 55 minutes.

Bundesliga: Bayern come from behind to win

Bundesliga leaders Bayern Munich came from behind to win 3-1 at Stuttgart. 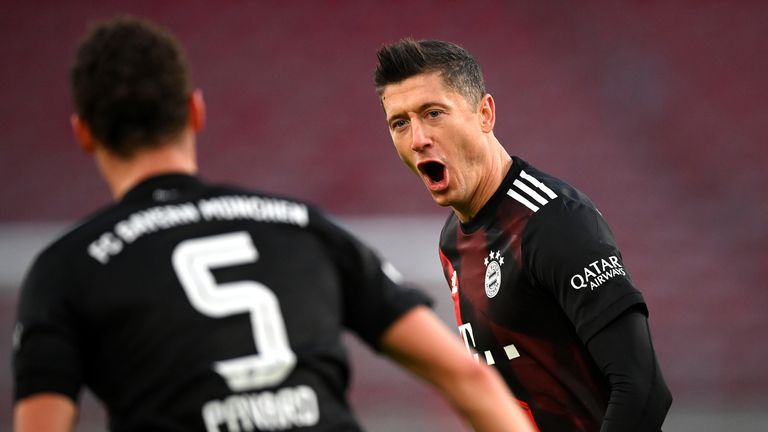 Lassana Coulibaly put the home side ahead, before Kingsley Coman equalised and Robert Lewandowski fired Bayern in front with his 12th Bundesliga goal during first-half stoppage-time.

Angelino (29) and Christopher Nkunku (47) were on target for the hosts either side of half-time, before Fabian Klos set up a tense final 15 minutes.

Borussia Dortmund, though, lost ground following an unexpected home defeat by Cologne which leaves them four points off the top in third. 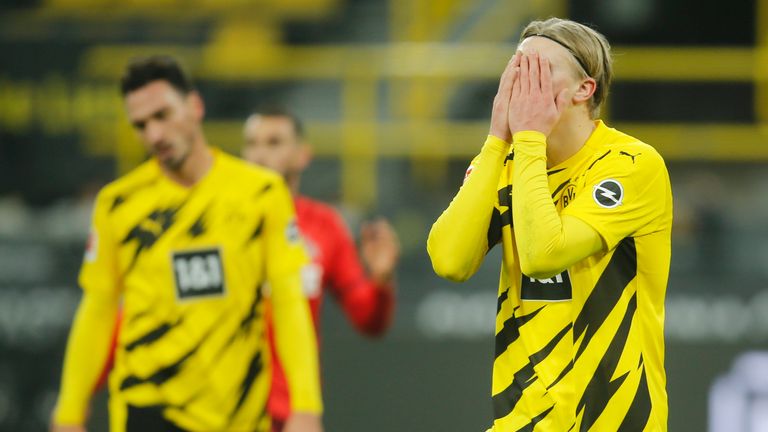 Ellyes Skhiri scored in each half for the visitors, with Thorgan Hazard’s late effort not enough to spark a comeback as a first win of the season moved Cologne out of the bottom three.

Borussia Monchengladbach are seventh after a 4-1 home win over bottom-club Schalke.

Florian Neuhaus’ opener was cancelled out by Benito Raman, but Oscar Wendt had the hosts back in front before half-time.

Marcus Thuram and Hannes Wolf completed the rout in the second half.

Max Kruse scored twice for the home side, including a late equaliser, while Frankfurt frontman Andre Silva netted a first-half double.

Augsburg and Freiburg played out a 1-1 draw at the SGL Arena, Ruben Vargas’ goal with 10 minutes left securing a point for the hosts.

Serie A: Juventus held with Morata sent off 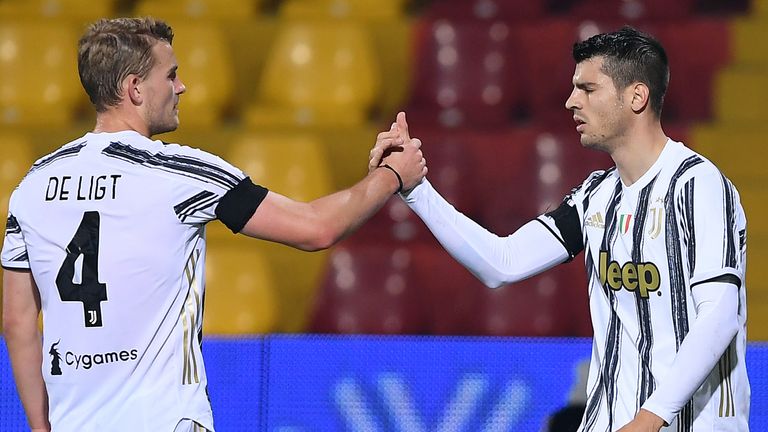 Juventus missed the chance to close up on the Serie A leaders after a 1-1 draw at promoted Benevento – where Alvaro Morata scored and was later sent off.

Morata put the champions, with Cristiano Ronaldo rested, in front after 21 minutes, but Gaetano Letizia equalised on the stroke of half-time.

Paulo Dybala could not find a late winner, and Morata was shown a red card for arguing with the officials at full-time.

Juventus sit fifth, while Inter are second after a 3-0 win at Sassuolo, where Alexis Sanchez had put them in front after just four minutes.

Atalanta – winners at Liverpool in the Champions League on Wednesday night – suffered a 2-0 home defeat by Verona who scored twice in the second half through a penalty from Miguel Veloso and Mattia Zaccagni’s late effort.

PSG, who threw away a two-goal lead in their last league game when they lost in Monaco, were behind after 10 minutes to an own goal from Timothee Pembele.

Neymar equalised with a penalty after 27 minutes and PSG were swiftly ahead through Moise Kean.

Bordeaux substitute Yacine Adli made it 2-2 on the hour, with neither side able to craft a winning goal. 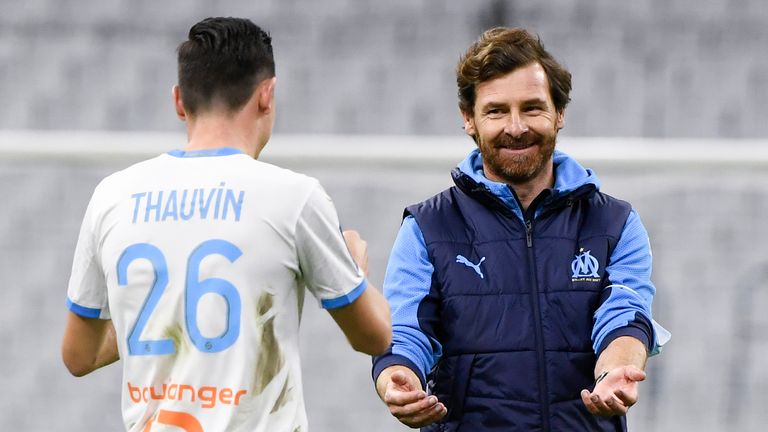 Earlier, Dimitri Payet was on target as Marseille beat Nantes 3-1 to sit third, now four points behind PSG, but with two games in hand.

Groundhog Day for Sydney FC after yet another ACL misfire