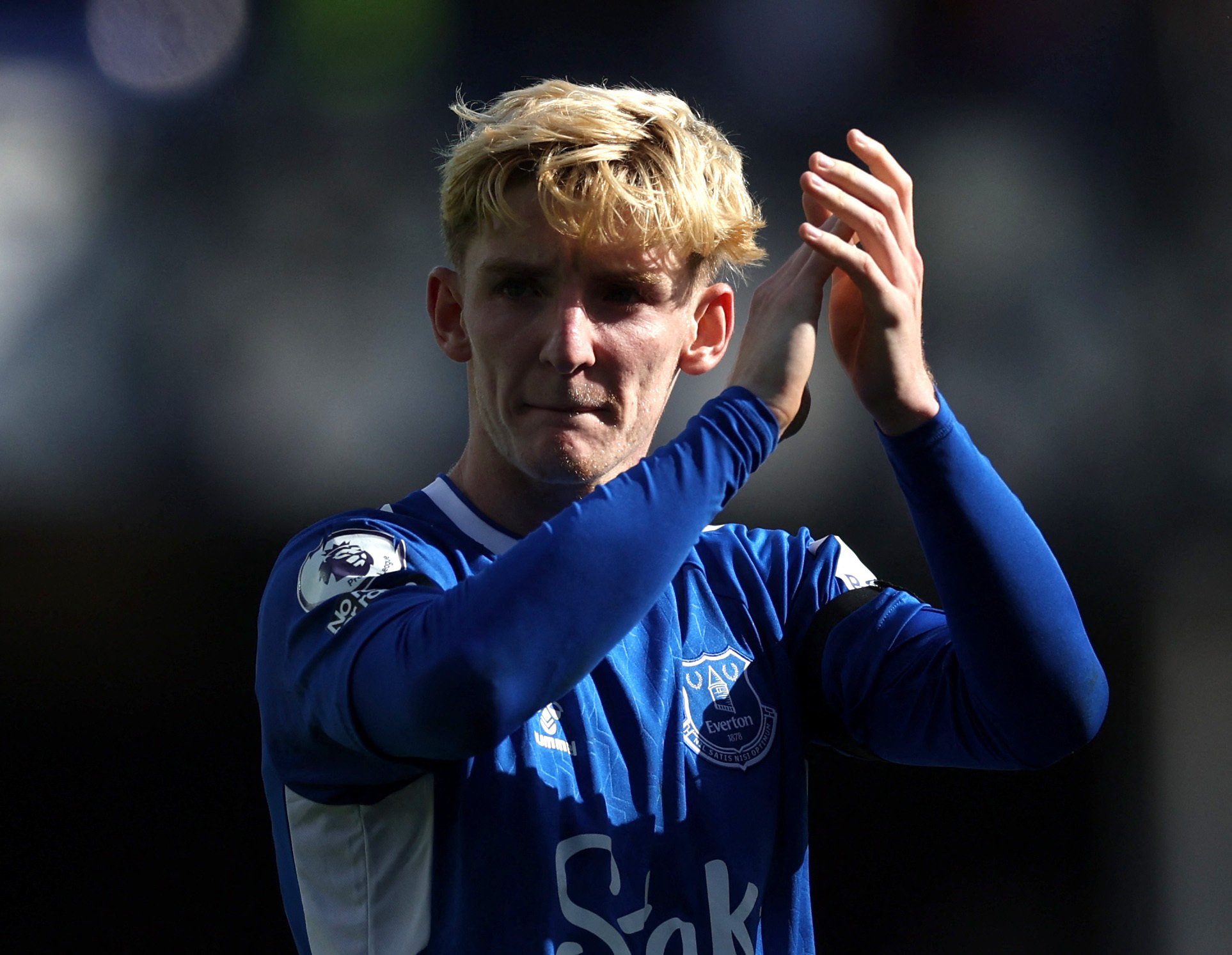 Everton have asked Chelsea to include Conor Gallagher or Armando Broja on loan as part of their deal to sign Anthony Gordon, according to reports.

Chelsea have seen multiple offers for Gordon rejected by Everton but it’s understood the Merseyside club would accept a £60 million fee.

It’s understood that Gordon has already asked Everton to allow his move to Chelsea, with Thomas Tuchel making the 21-year-old one of his priority targets in the closing stages of the transfer window.

According to talkSPORT, Everton have now asked Chelsea if they would be willing to include either Gallagher or Broja on loan as part of Gordon’s transfer.

Gallagher has started only one of Chelsea’s three Premier League games this season, while Broja is yet to feature as he is sidelined with an injury.

When asked for an update on Gordon’s situation, Lampard said after Everton’s win over Fleetwood Town in the Carabao Cup on Tuesday evening: ‘Nothing more than when I did my press [conference] after Notts Forest and before – he’s our player.

‘Everyone knows there’s interest from Chelsea, it’s very public now, but he’s our player. It’s as simple as that.

‘The reason he was on the bench [is because] he had a bit of an issue with his heel after the game against Forest, we kept him out of it completely unless he was absolutely needed tonight, I didn’t feel he was.’

Asked if Gordon has requested to leave Everton, Lampard replied: ‘I’m never going into conversations between what he and Anthony have. We have a good relationship. I won’t even go there.’

Asked if he wants a quick resolution, Lampard replied: ‘Yeah, ideally, or carry on and he’s our player, so that’s what it is.’