Everton boss Carlo Ancelotti has suggested the furore surrounding Jordan Pickford’s challenge on Virgil van Dijk in the Merseyside derby led to Lucas Digne being sent off against Southampton. Pickford has faced some harsh criticism this past week after his tackle on Van Dijk left the Liverpool defender needing surgery.

It was confirmed after the game that Van Dijk had ruptured his anterior cruciate ligament and could miss the remainder of the season.

Pickford received no retrospective action for the challenge on Van Dijk but the Everton goalkeeper has been on the receiving end of some ugly messages on social media.

Ancelotti called out those who have bombarded Pickford this past week ahead of the game against Southampton.

Everton were looking to continue their strong start to the campaign against the Saints but were unable to stamp their authority on the games. 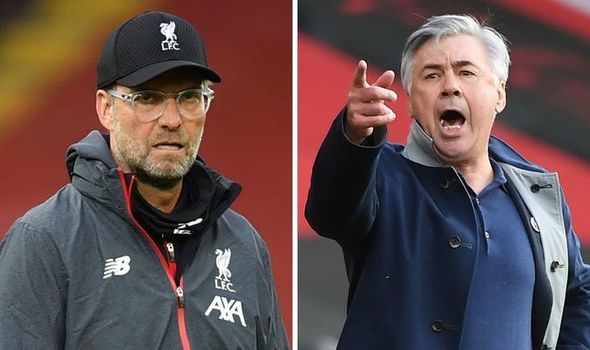 Goals from James Ward-Prowse and Che Adams were enough to seal all three points for Southampton but the biggest talking point of the game came midway through the second half when Digne was shown a red card.

The Everton full-back was chasing down Kyle Walker-Peters and ended up treading on his opponent’s ankle.

Ancelotti was furious at Kevin Friend’s decision to send Digne off and said after the game he felt the official may have been influenced by the events at Goodison Park last week surrounding Van Dijk and Pickford.

“It was a joke – it was not intentional,” Ancelotti told Sky Sports.

“It was not violent conduct so they could’ve checked better.

“Maybe all the rumours during the week against [Jordan] Pickford and against Richarlison affected the decision, and if it is like this, it’s not right. It’s not fair.

“I think we’re going to appeal.

“It could be a yellow card but it wasn’t violent conduct and the red card was unfair. 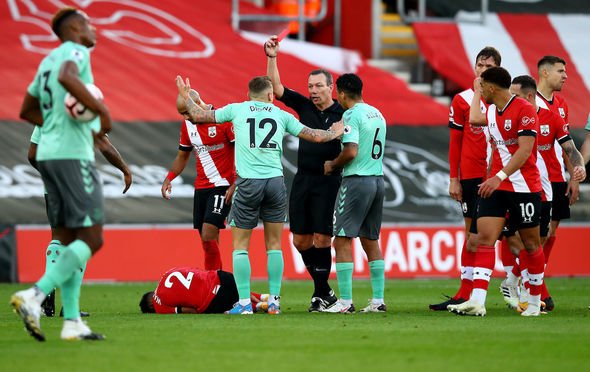 “It was not a bad challenge I saw – it was not intentional as he was running behind and he had a contact with the ankle of the opponent but he didn’t have the intention to use violent conduct, so it was not the right decision.”

If Digne’s red card is upheld, he will miss the next three games against Newcastle, Manchester United and Fulham.

But it also means Ancelotti will have to make some big changes at the back with Niels Nkounkou likely coming in.

The 19-year-old was signed in the summer and has so far played every game in the Carabao Cup, but he’s yet to feature in the Premier League.