Arsenal star David Luiz has been hailed by Everton fans as his blunders against Manchester City means Liverpool won’t be able to celebrate the Premier League title at Goodison Park. If the Gunners had beaten City then the Reds would be able to raise their first league trophy in 30 years inside their rivals’ own territory.

However, Jurgen Klopp’s men will now have to wait a few more days, provided that they still beat their Merseyside foes on Sunday.

Luiz came in for the injured Pablo Mari after 24 minutes and endured a horrid performance that saw him getting sent off during the early stages of the second half.

The Brazil international was at fault for both of the Citizens’ first two goals at the Etihad as he failed to clear Kevin De Bruyne’s cross before Raheem Sterling’s opener and then wrestled Riyad Mahrez to the ground to hand the hosts a penalty.

The Gunners defender was then promptly sent off with a straight red card and De Bruyne doubled City’s lead from the penalty spot – Phil Foden extended the scoreline moments before full-time. 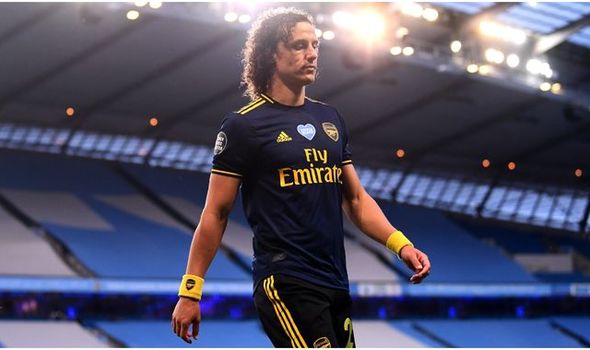 Arsenal were left devastated by this poor result but Everton supporters are elated as they have been spared of the embarrassment of watching rivals Liverpool celebrate the Premier League title at Goodison Park.

That is why a number of the Toffees faithful took to Twitter after full-time to sarcastically thank Luiz for his performance against City.

One fan tweeted: “Great thanks to David Luiz.”

Another wrote: “ON BEHALF OF EVERY EVERTON FAN: THANK YOU DAVID LUIZ. YOU BEAUTIFUL HUMAN BEING. THANK YOU.”

While one fan posted: “David Luiz has come from nowhere to be suddenly in the running for Everton Player of the Season to be fair…”

Another one tweeted: “David luiz is an Everton legend if this score stands.”

This fan wrote: “David Luiz plays a lovely back-pass for the first goal. Then rugby tackles Mahrez when he’s through on goal, concedes a penalty and gets sent off.” 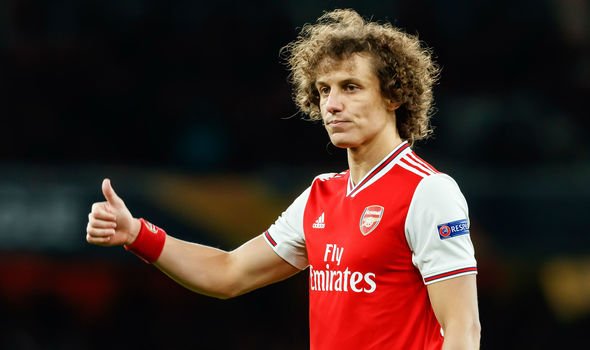 And another Everton faithful claimed Luiz is Everton’s player of the year: “David Luiz, Everton Player of the Year.”

Luiz apologised to fans for his performance after the match and took full responsibility for the result.

The Brazil international also discussed his contract, which comes up at the end of the season, and stated he wants to stay at Arsenal.

Luiz said: “Simple as that, it was not the team’s fault, it was my fault.

“I should have taken a different decision in the last two months – I have 14 days to be here and that’s it. Today it was my fault.

“I should have decided as early as possible my future. Today, the team I think did well, especially after with 10 men.

“That’s why I said to all the players, ‘Nobody needs to speak, it’s me, I’ll show my face and be here.’

“I want to stay, the coach knows, the coach wants me to stay. We are waiting for the decision.”