Goalkeeper Jonas Lossl has left Everton to return to Danish side Midtjylland.

The 32-year-old joined the Toffees from Huddersfield in the summer of 2019 but did not make a first-team appearance for Carlo Ancelotti’s side and spent the second half of last season back on loan with the Terriers.

He has now returned to his homeland to rejoin his first club having made his senior debut for Midtjylland in 2010. 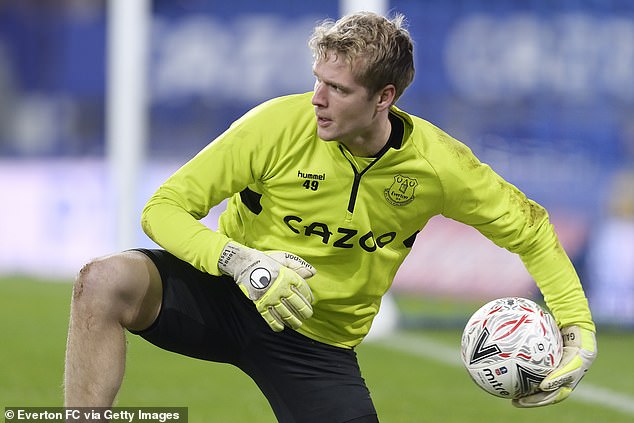 Lossl, who has also played for Guingamp and Mainz, said on

‘It is huge to be back at FC Midtjylland. There are so many people at the club – both among players, coaches and managers – who mean a huge amount to me, so it makes really good sense for me to come home.

‘I am a much more mature goalkeeper who has become rich in experience. I would really like to pass that on. I

‘I have played with a lot of talented players in some good leagues, but I also feel like I have my best goalkeeping years ahead of me yet.’

DANNY MURPHY: No fans but we will see REAL Premier League football