Everton are expected to return with a second bid for Abdoulaye Doucoure, after Watford rejected their opening offer for the Frenchman. The Toffees have reignited their interest in the box-to-box midfielder, who was the subject of two rejected bids last summer before he eventually stayed put at Vicarage Road.

Doucoure is thought to be open to a move to Merseyside with French reports claiming that he has already agreed personal terms with the club.

He is one of several stars who could leave Watford this summer following their relegation to the Championship.

The 27-year-old has previously attracted interest from Arsenal and Paris Saint-Germain and has been open about his desire to test himself in the Champions League.

While Europe’s elite club competition is not on offer at Goodison Park, Doucoure is likely to receive regular playing time and has the chance to work under one of the game’s most illustrious coaches in Ancelotti. 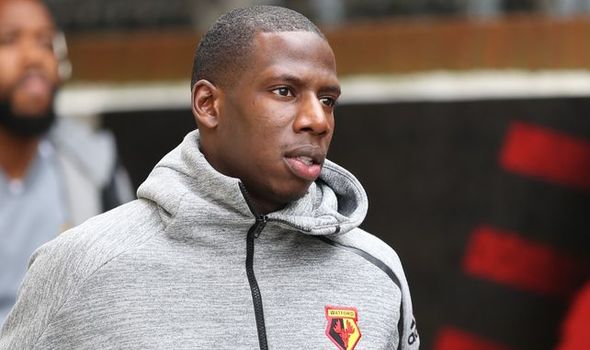 The Italian is keen on signing the former Rennes man and has had an opening offer rejected by Watford, who appear to be holding out for £30million.

They insist they will not allow other clubs to capaitlise on their relegation and have also placed a price tag of £50m on Ismaila Sarr with Liverpool, Crystal Palace and Wolves among those interested.

Everton are now expected to up their offer for Doucoure, just as they did last summer, but this time around Watford are open to a sale.

Ancelotti has identified his midfield as an area in desperate need of improvement, something that was laid bare towards the end of last season.

Gylfi Sigurdsson, Tom Davies and Fabian Delph have not shown any signs of consistency under his tutelage and are expected to be fringe players for the upcoming season.

Allan is a top target and talks have already been held with Napoli over a potential deal.

The Brazilian also has an offer from Atletico Madrid but he is thought to be keen on reuniting with Ancelotti on Merseyside.

The pair have a strong relationship from their time in Naples and while Allan is 29, he would bring some much needed experience and physicality to Everton’s tame midfield.

Elsewhere, Santiago Arias is also on the agenda after Everton decided not to sign Djibril Sidibe on a permanent basis. 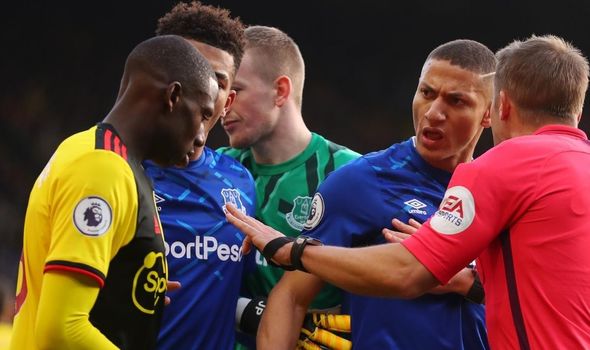 He could come in to provide competition for Seamus Coleman as Jonjoe Kenny faces an uncertain future, despite an impressive loan spell with Schalke.

Arias was signed by Marcel Brands at PSV Eindhoven and has already been offered to Napoli by Atletico in a potential deal for Allan.

The Athletic also claim that Lucas Ocampos is a player that Everton like following a stellar campaign in La Liga with Sevilla.

He netted the winner in the Europa League quarter-final against Wolves and has struck 17 times in all competitions.

Joe Morrell: Wales midfielder says the prospect of playing at Euro 2020 is a 'surreal' feeling