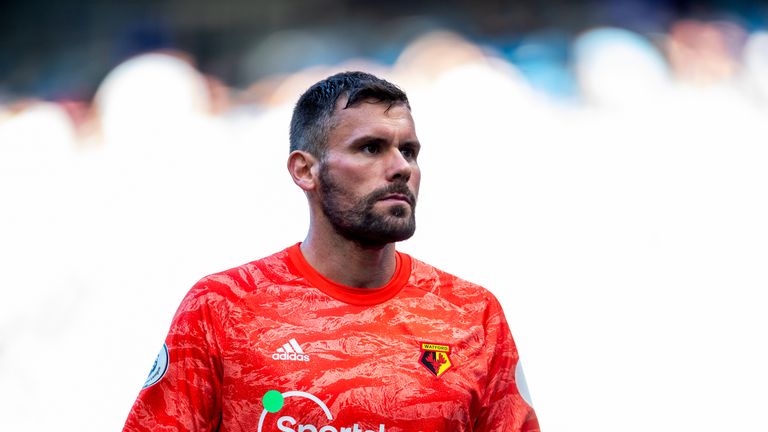 The latest transfer news and gossip on the players linked with Everton – and those who could leave the club.

The latest players linked with a move to Everton…

Antonee Robinson – Everton have joined Sheffield United in the race to sign the Wigan left back (Sky Sports, August 13).

David Brooks – Everton are one of a number of Premier League clubs interested in signing the Wales midfielder following Bournemouth’s relegation (Star, August 10); Relegated Bournemouth plan to do everything possible to keep the midfielder – amid growing interest from Tottenham, Everton and West Ham (Star, August 2).

Tosin Adarabioyo – Everton manager Carlo Ancelotti is weighing up a swoop for Manchester City’s Adarabioyo should he miss out on two of his more senior centre-back targets (Daily Express, August 9)

Kurt Zouma – Everton are interested in the Chelsea defender as an alternative to Gabriel Magalhaes (Express, August 6).

Sergio Reguilon – Everton have moved ahead of at least three other Premier League clubs after bidding £18m for Real Madrid left back (Sky Sports, July 31).

Branislav Ivanovic – The former Chelsea defender has revealed he will probably” link up with former Blues boss Carlo Ancelotti at Everton (Sun, August 5).

Everton Soares – Everton’s move for the Brazilian forward appears off, with the 24-year-old Gremio man closing on a move to Benfica (Goal, August 5).

Zeki Celik – Tottenham face competition from Everton for the Lille right back as they consider offloading Serge Aurier (Times, August 4).

Colin Dagba – Everton have joined the race to sign PSG defender Dagba, but do not want to meet his £26m asking price (Le10Sport, August 3).

Josh King – Everton intend to try their luck with a £15m bid for the Bournemouth forward (Sun, August 2).

Gabriel Magalhaes – Everton are looking to strengthen their central defensive positions and have made a bid for Magalhaes (Sky Sports, June 29).

Thiago Silva – PSG and Brazil legend Silva has received a contract offer from Everton as he prepares to depart the French capital (Daily Express, June 16).

Morgan Schneiderlin – The midfielder has joined Nice for an undisclosed fee.

Luke Garbutt – The 27-year-old has left Everton this summer after spending 11 years at the club.

Oumar Niasse and Cuco Martina have also been released after their contracts expired.

The latest players linked with an Everton exit…

Tom Davies – Steve Bruce is a big admirer of the 22-year-old and has asked his club to make a move with Newcastle offering around £12million (The Daily Mail, August 15).

Yerry Mina – The Colombia centre back has reaffirmed his commitment to Everton amid speculation about his future after he changed agents (Liverpool Echo, August 10).

Moise Kean – Carlo Ancelotti is prepared to give Kean a fresh start after speaking to the striker over his breach of discipline (Mail, July 1); Napoli are reportedly set to hand Kean an escape route from his Everton nightmare despite the recent controversy surrounding the £27m striker; Everton have expressed an interest in Napoli’s Hirving Lozano, and both he and Kean are represented by super-agent Mino Raiola, which may assist with negotiations (Corriere dello Sport, April 28)

Yannick Bolasie – The winger’s loan at Sporting Lisbon has come to an end, and the Portuguese club have not taken up the option to sign him for £4m meaning he will return to Everton at the end of the season.

Jonjoe Kenny – Schalke say they want to extend the loan of Kenny for another season – as they can’t afford to buy the Everton defender (Sky Sports, April 21).

Jordan Pickford – The goalkeeper is facing a battle to convince Carlo Ancelotti he still has a future at Everton (Daily Star, August 13); Chelsea have intensified their interest in signing Everton goalkeeper Pickford, according to reports in Italy. Pickford will cost over €50m (£43.5m), and Chelsea have initiated contact with his agent (TuttoMercatoWeb, April 20)

Jonas Lossl – Huddersfield Town chief exec Mark Devlin has acknowledged Everton loanee Lossl is unlikely to stay into next season, not least because he has taken a significant pay cut to re-join the Terriers and push for a place at Euro 2020, which has now been delayed until next year. (Huddersfield Examiner, March 24).

Theo Walcott – The winger will be up for grabs this summer after failing to convince the Everton manager Carlo Ancelotti. Walcott has 15 months left on his current contract (Mirror, March 29).