The Toffees sacked Willie Kirk on Saturday following the 5-1 thrashing by Manchester City in the Continental Cup on Wednesday.

Vasseur, who played for PSG, Rennes and Saint-Etienne during his playing career, won five trophies during his two-year spell at Lyon – including the 2019-2020 Champions League and French title. 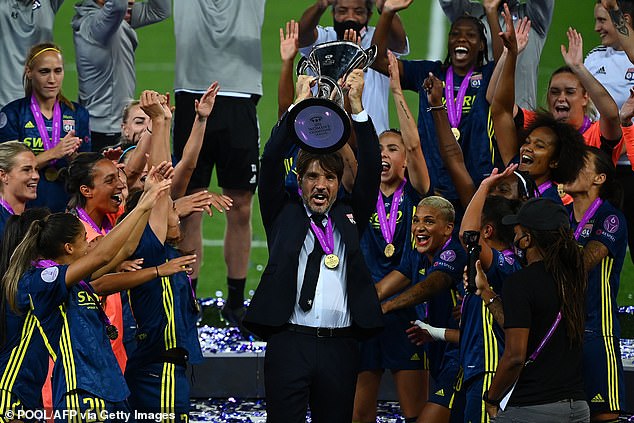 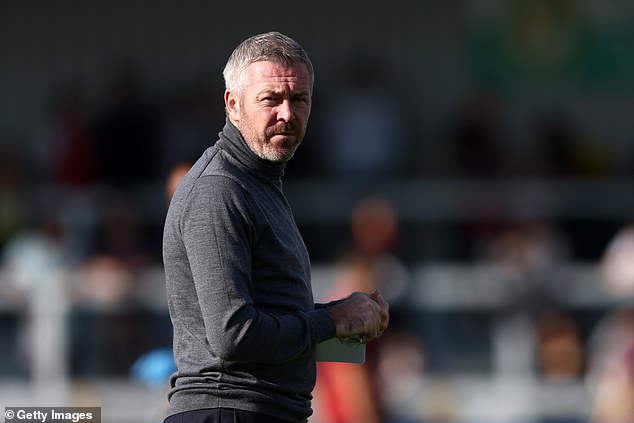 But the 52-year-old was sacked in April after the club’s five-year reign as European champions was ended with defeat by rivals Paris Saint-Germain in the quarter-finals.

He has also had spells in charge of men’s clubs including Reims, Creteil, Paris FC and Chateauroux.

After a promising summer transfer window, which included deals for club record signing Hanna Bennison and England international Toni Duggan, Everton were expected to be competing at the top of the Women’s Super League table.

But a tough set of opening fixtures brought back-to-back 4-0 defeats against Manchester City and Chelsea, with the latter result drawing criticism on Twitter from commercial director Savar Ismailov.

Kirk’s side responded with victories over Birmingham and Reading but a 3-0 defeat by Arsenal followed by a 5-1 thrashing against a weakened Man City side in the Continental Cup this week proved to be the Scot’s last fixtures in charge. Everton are currently eighth in the WSL.

‘I am thankful to the club for the opportunity that they gave me three years ago,’ Kirk said in a statement.

‘During that time, we have made tremendous progress both on and off the pitch and I leave the club in a better place. Without a doubt, the highlight was the FA Cup final less than a year ago, a memory that will stay with me forever.

‘Unfortunately, this season has not started the way we anticipated, due to a very tough opening fixture list and the rebuilding of a squad with eight new players. I have no doubt the talented squad that I leave behind can go on to have a very bright future.’ 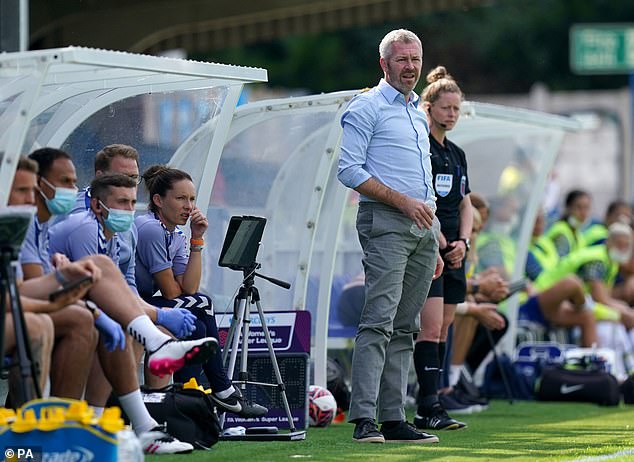 The club thanked Kirk for his efforts and said they are aiming to have a new manager in place before their next match against Leicester in the Conti Cup on November 3.

Kirk joined Everton in December 2018, when the club were bottom of the WSL and facing relegation.

His first game in charge saw Everton beat Merseyside rivals Liverpool 2-1 and Kirk went on to guide the Toffees to safety.

The following campaign, which was curtailed due to the Covid-19 pandemic, saw Everton finish sixth – their best place since 2013.

That season’s FA Cup was carried over into the following campaign and Kirk masterminded a victory over favourites Chelsea before a victory over Birmingham saw them reach the final at Wembley, were they were eventually beaten by Man City in extra-time.