‘I sold my Club World Cup medal to buy cocaine… I used it in two days’: Former Sao Paulo defender Flavio Donizete reveals extent of his tragic drug addiction that saw him let his most prized possession go

Former Sao Paolo star Flavio Donizete has shed a light on his struggles with drug addiction that blighted his promising career – admitting he sold his Club World Cup medal to fund the habit.

The Brazilian, who played as a defender, had come through the ranks at Sao Paolo as a teenager in 2005 when the league winners took on Champions League kings Liverpool in Japan, beating them 1-0 through midfielder Mineiro.

Donizete only made the bench through injury to a team-mate, but did not feature as his side lifted the trophy – although he was awarded the medal in what would become the crowning achievement of his career. 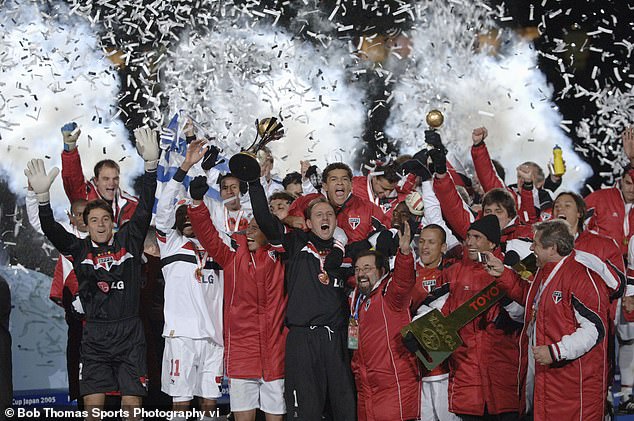 But speaking to Globoesporte, he spoke of his crippling cocaine addiction that put the brakes on his progress as a footballer – revealing he cashed in on his medal for nearly £3,000, spending nearly all of it on the drugs and using it in two days.

‘When I sold it the money came and I blew almost all of it on cocaine. The first delivery was 1,000 reais of cocaine. I used it in two days. The more money I had, the more drugs I wanted.

‘After I was acquainted with cocaine, I lost everything else. Because at the start I was a moderate user. Until cocaine became more important in my life, I started to lose everything I had. Any money saved I used to buy drugs. I wouldn’t let myself be without drugs. Morning, afternoon and evening I had to take cocaine.

‘Any money in my account, my possessions, I started losing them. I lost everything, except my wife, daughters and family, who are still with me even today.’

Following a handful of unsuccessful loan spells at local sides Portuguesa, America and Nacional, he was released from his Sao Paolo contract in 2009. 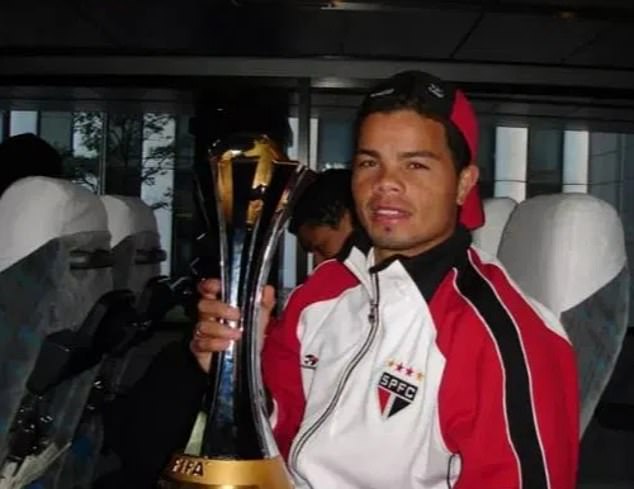 But as he sought a new club, he turned to drugs and partying. He said there were times when he took cocaine every day and eventually gained weight and later picked up a knee injury. After that latest setback he began to lose his motivation for playing the sport he once loved.

‘[My friends] would say to me, “snort!”. I would snort and at that moment the effects of drinking would wear off.

‘Every day I went out I would say, “today I can drink as late as I want because when I use cocaine the effect wears off. Let’s go find some”.

‘I was never at home, it was just parties and drinking. There were times I wouldn’t go a single day without taking cocaine.

‘I started to get fat through the drink, I picked up a knee injury and I couldn’t run. All that as well as the coke. So I said, “that’s it”. I gave up football for good.’

The former centre back is now 36 and has since shaken off his drug habit and in major signs he is turning his life around, he recently returned to the game with stints at Taboão da Serra and Portuguesa.

He is also working as a gardener in Sao Paolo as he reflects on how his career dwindled after becoming a world champion, and says if he could turn back time he would never have used cocaine.

‘My biggest regret is having tried cocaine. It destroyed me.’