‘I asked the players: “Hart or Calamity James?”: Fabio Capello opens up on England’s 2010 World Cup chaos, from slating David James to the agony of Frank Lampard’s ghost goal… and why the Chelsea man HAD to play next to Steven Gerrard

Fabio Capello has given a frank account of England’s 2010 World Cup campaign and has admitted that it pained him to put David James in goal following Robert Green’s error against the United States.

Capello’s side were knocked out in the last-16 stage in South Africa after a 4-1 defeat by Germany.

That defeat was preceded by England finishing second in their group, behind the USA. And when the two sides met, poor handling from former West Ham and Chelsea goalkeeper Green saw Clint Dempsey’s feeble effort beat him. 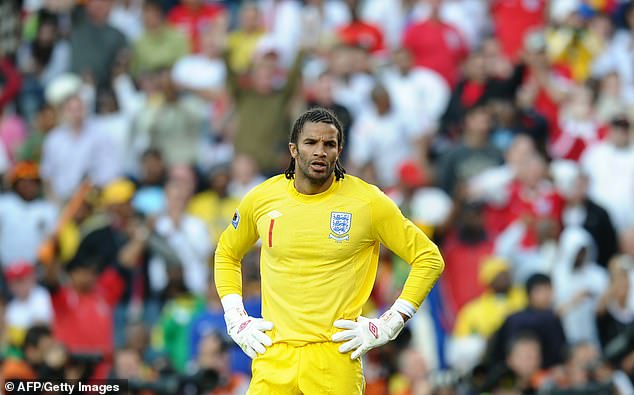 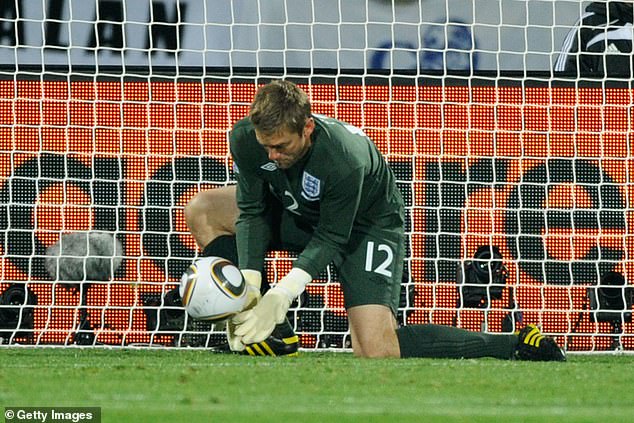 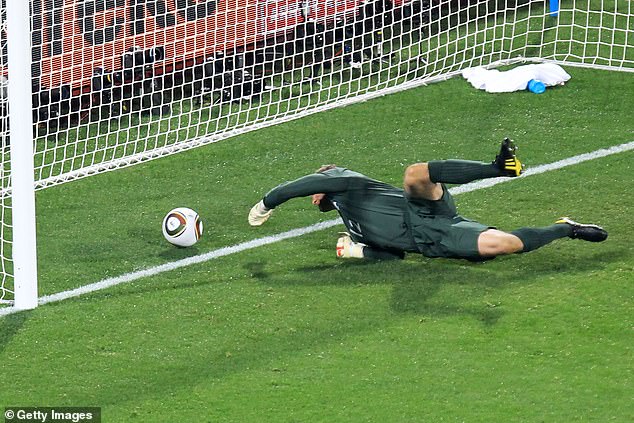 That left Capello with no choice but to make a change in goal, but admitted he was only persuaded to introduce ‘calamity’ James because of the defence’s superior faith in him than the inexperienced Joe Hart.

‘You can’t say anything. Everyone makes mistakes,’ Capello told The Guardian.

‘He [Green] made one, so I changed. I put in Calamity James.

‘I had Green and I had [Joe] Hart, just a kid. I asked the players. Hart or Calamity? “Calamity.” I put Calamity in because of the players’ trust. 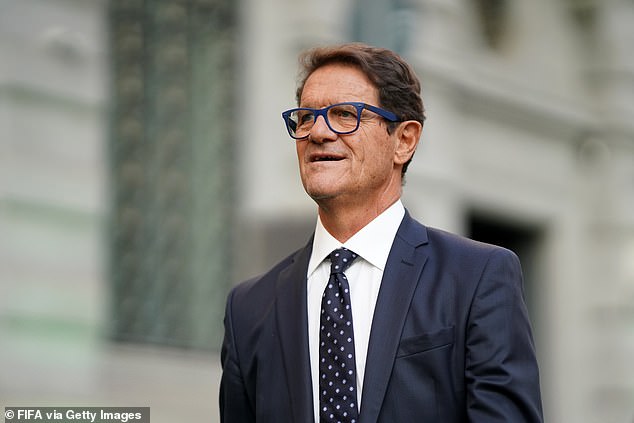 ‘John Terry and the defenders had more faith in James. Hart had played only once.’

Despite Green’s error however, England did reach the knockout stages, but were thoroughly outclassed by Joachim Low’s Germany in Bloemfontein.

The game however is largely remembered for Lampard’s ‘ghost goal’, which would have brought England level just before the break. 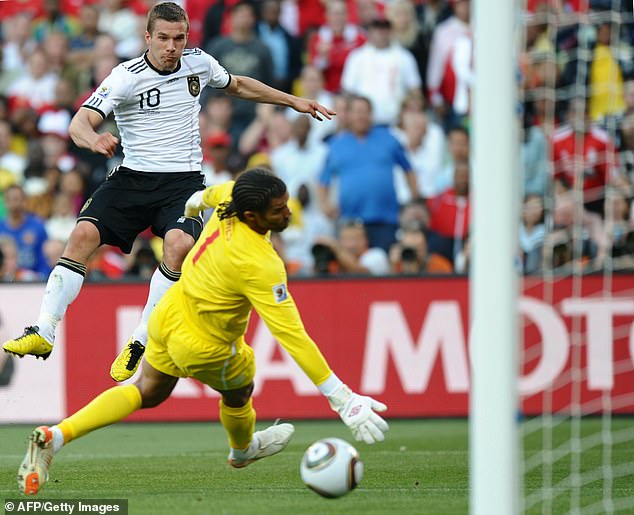 Germany eventually ran out 4-1 winners, but the Italian admitted the incident haunts him to this day.

‘Everyone saw it,’ he continued. ‘Besides, because of the effect on the ball, when it hits the bar, the floor – the pitch was dry – and goes up like that, it can only have gone in: it’s physics.’

However, despite England’s disappointing end to their World Cup campaign, Capello said he preferred to blame injuries to key players, rather than preparation, for their underwhelming performance in South Africa. 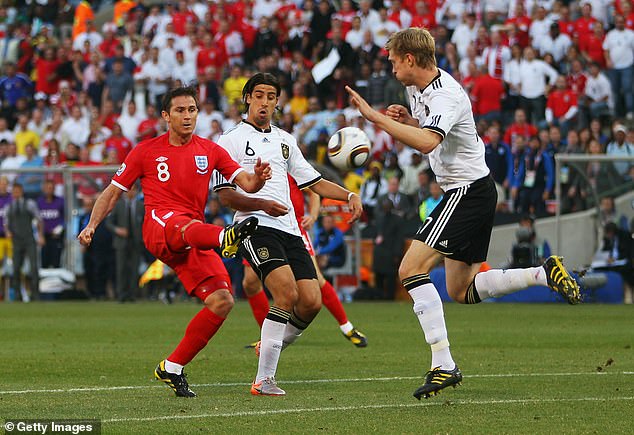 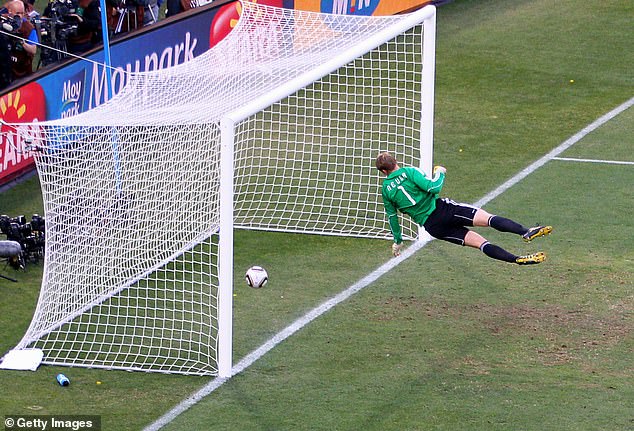 The goal was not given despite going over the line, something that haunts Capello even now

‘Afterwards people said things like we were based too far away, the players were holed up. That’s nonsense, stupid,’ Capello added.

Two of the more senior players that played throughout the tournament were Lampard and fellow midfielder Steven Gerrard, but England never appeared able to get the best out of both players on the pitch during their careers. 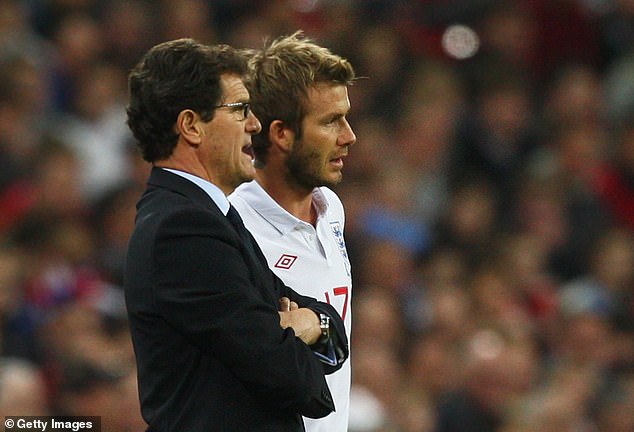 And Capello believes that positioning and a lack of credible alternatives were contributing factors.

When asked why England could not find a good fit for Lampard and Gerrard in the side, Capello said: ‘Because they played in the same place.

‘Why not remove one, then? Because the other players aren’t better!’

Capello also dismissed the notion that he played the former Liverpool captain on the left, stating: ‘No, only when defending. When we had the ball Gerrard was free.’ 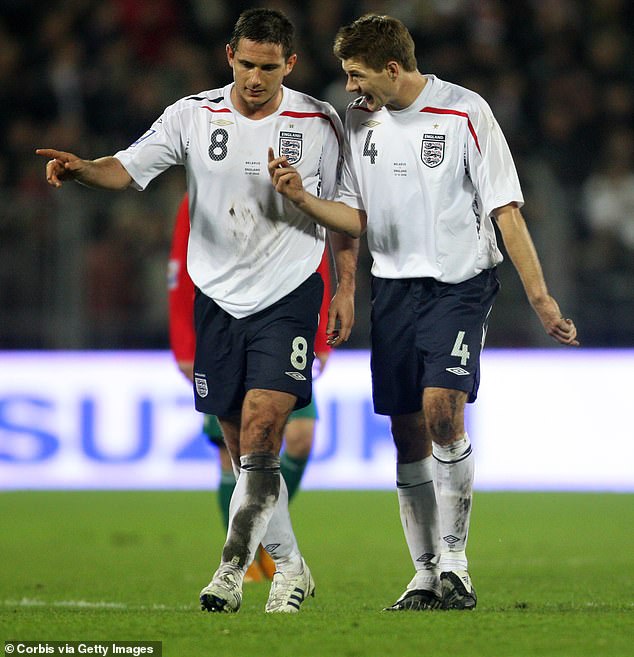 Rhys Williams reveals NONE of Liverpool's stars knew who he was