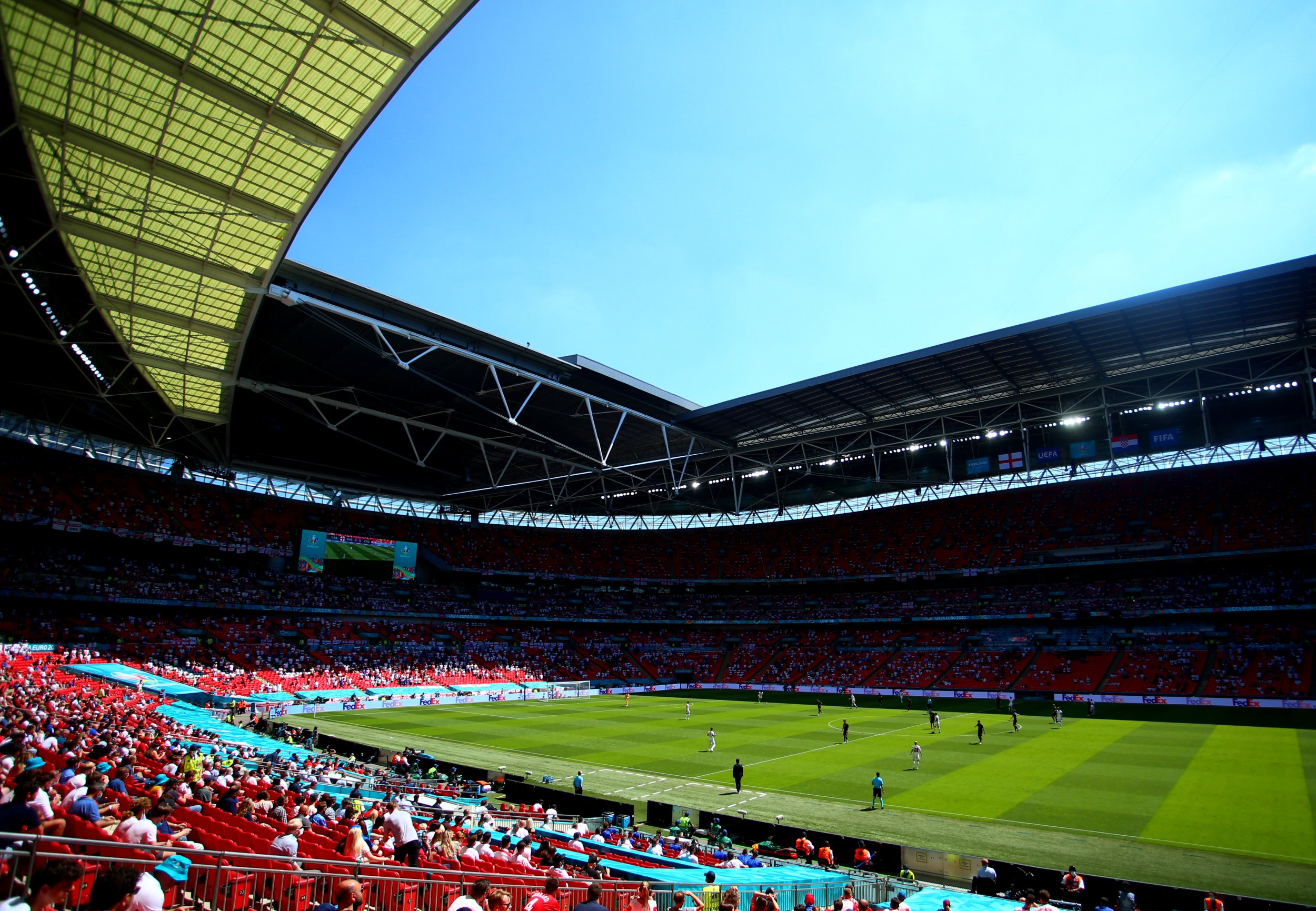 A fan has been taken to hospital in a ‘serious condition’ after falling from the stands at Wembley during England’s Euro 2020 win over Croatia on Sunday.

There were 18,497 spectators in attendance at England’s national stadium as Raheem Sterling’s goal sealed a 1-0 victory for Gareth Southgate’s side in their opening Group D fixture.

But one fan has required medical treatment after falling from the stands shortly after the match had begun.

A Wembley Stadium spokesperson said: ‘We can confirm that a spectator fell from the stands just after kick off in the match between England and Croatia at Wembley Stadium.

‘The spectator was given on-site medical attention and was then taken to hospital in a serious condition.

‘We will continue to work with UEFA to ensure the matter is fully investigated and we are continuing to monitor the situation.’

One England fan at Wembley told the Evening Standard: ‘We saw his legs go over the barrier and then he fell and hit the ground and didn’t move.

‘It seemed to take staff ages to get to him. One guy near us who saw the whole thing was crying his eyes out.’

Another fan added: ‘I didn’t see it but spoke to some of the guys who did at half time. They were traumatised. He fell from the balcony towards the seats and the concrete.

‘I think it happened around kick-off otherwise I would have noticed. That bit of seating was cleared.’

Chelsea under pressure to complete Ben Chilwell transfer because of PSG